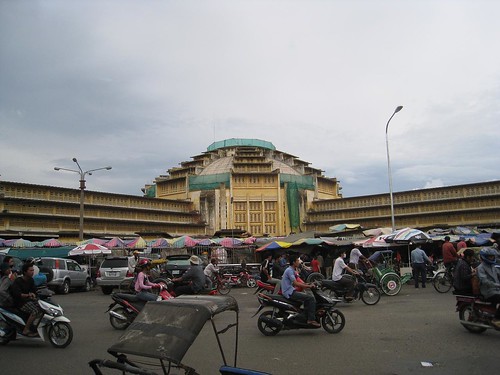 Each time I broke a camera, I was annoyed but grateful my mp3 player was still intact and working fine.  Unlike removing photos from a digital camera, I can't remove my music from a broken mp3 player.  I remember spending weeks burning my CD's to mp3's, and then loading 7 gigs of my favorite music.  Genres and songs for all potential moods and occasions.  What would happen to me if I were to lose it all?

Unfortunately, I found out when my Creative Zen V Plus mp3 player froze upon start-up my first morning in Phenom Penh.  It sometimes happens, so I took out the trusty needle I'd been using the whole trip specifically to “reset” the player.  I tried it once….twice….thrice, but no luck.  Around the tenth attempt, I gave up. 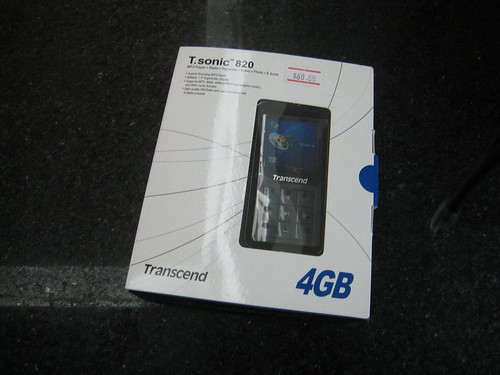 The silver lining was my location – a capital city.  Surely there would be mp3 players for sale, and as for the music, I didn't know.  I took a tuk-tuk to the Central Market out of sightseeing curiosity, but quickly began to shop around for a new mp3 player.  There were the knock-off iPods, but I didn't want to buy cheap and pay for music, only to have it break in a month.  I eventually found a Transcend 4gb player at a computer shop across the street encircling the market.  $57 seemed steep, however I got a guarantee with it (good only in Cambodia of course).

After buying the player, I went into a nearby music shop to ask about buying English mp3's.  I was given a box of bad Asian pop music and compilation hip-hop CD's.  I might've been hopeful had the box not contained 20 copies of what appeared to be 3 different CD's.  Next, I wanted to check out the backpacker area by the lake since I wasn't staying there.  As the tuk-tuk drove through the narrow street, I saw a few signs for mp3's, and disembarked.  At one bar, I found giant catalogues of modern and older music by genre.  I was ecstatic.  I ordered a big Beer Lao and drew up my list.  I handed the list of 32 albums to the guy, racking up a total bill of $20.  He even loaded the music for me, while I took in a sunset over the lake at a nearby guest house.

In the pouring rain, I collected my mp3 player and rode back to Rory's, triumphant.  The mp3 player didn't include an AC adapter, but it seemed like both options I tried were working – using my Creative AC adapter and the USB port on my general purpose AC adapter.  I had music again, but not for long. 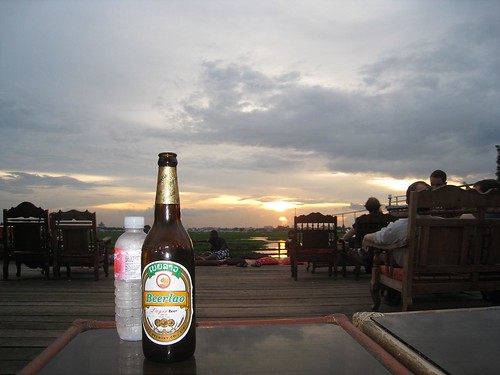 The next morning, my new Transcend mp3  player wouldn't start up.  I was pissed!  I was shocked!  I was not going to waste any time getting back to the computer shop for a replacement.  After all, I had paid a premium for a guarantee!   As to why it was broken, it occurred to me that it couldn't handle the charging from the AC adapters, but there was no way to tell for sure.

Back at the computer shop, I presented my receipt, the player, and all of the packaging and components to the sales girl who had helped me the day before.  She brought it to the second floor techie room, where a guy confirmed it was broken.  I came back down to the customer service area, where a young man informed me that since I had removed the small “warranty shield” sticker which had been placed on the device at the point of sale, they guarantee was voided.  I retorted that I was unaware of the sticker's importance.  After a few minutes of back and forth, I was resigning myself to having thrown away $77 and an afternoon, when the young man asked if I would be leaving the store angry.  I'm sure my expression said “yes” even if I didn't.

At that point, he went to talk to someone else, and I was then told a replacement could be provided if I waited another 30 minutes.  Sure enough, I got a new one, and directed my driver to head for the backpacker enclave yet again.  It felt like Groundhog Day, though the guy who I bought the mp3's from the first time around wasn't working. 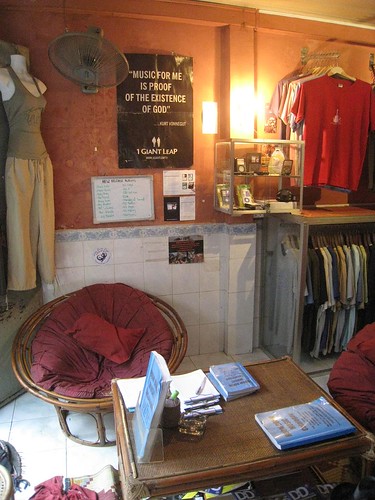 Luckily, there was the Boom Boom Room which sold mp3's as well.  I ended up buying more music than the first time around.  Ironically, the harder to find stuff on my old player was also the stuff I listened to the least.  I went for the artists I could depend on the most, including:

2.5 gigs of music obtained, I was ready to hit the road to Rattanakiri in rural northeast Cambodia.