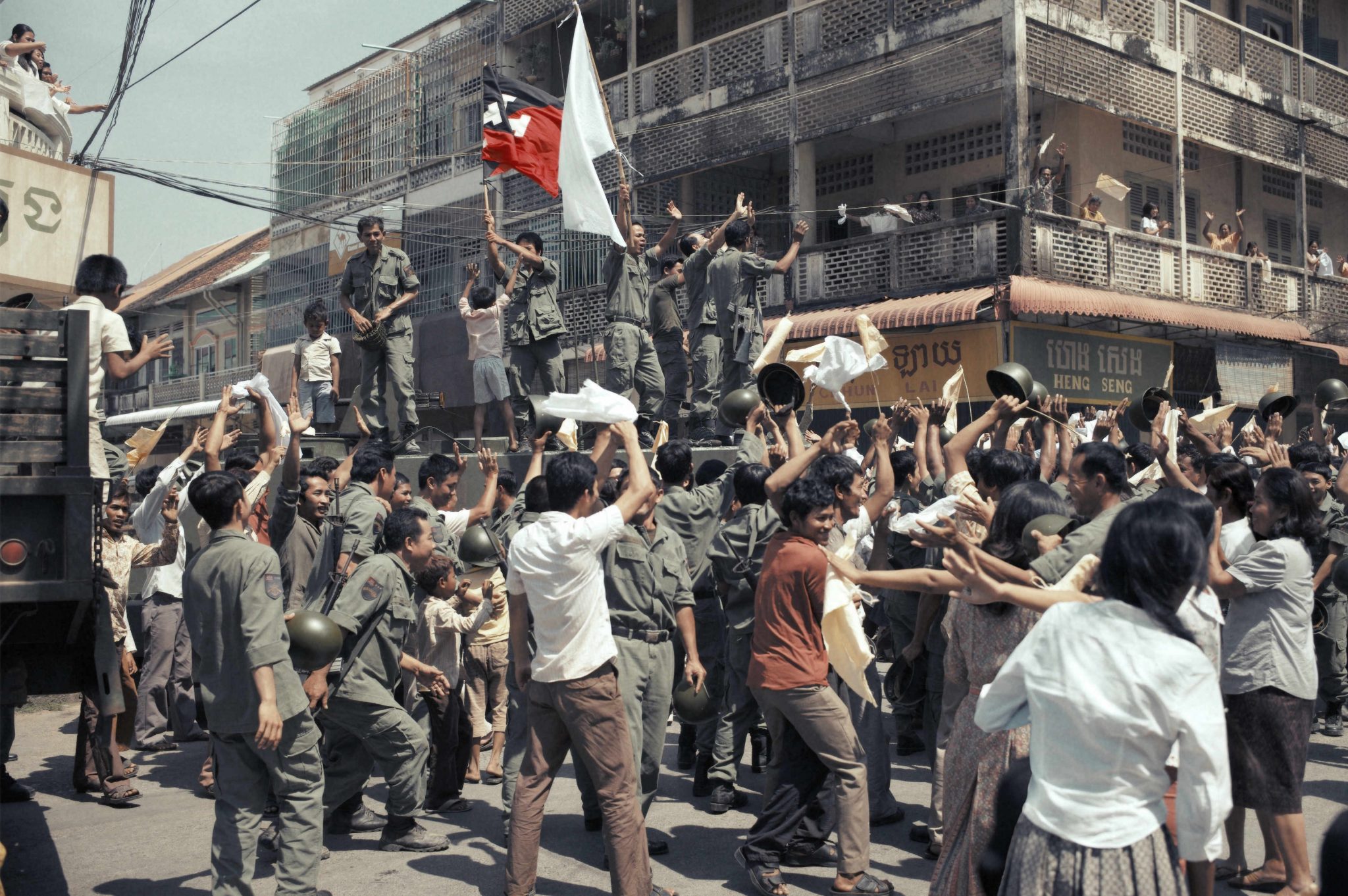 About six million travelers visit Cambodia each a year to admire the world's largest religious temple complex Angkor Wat, its national parks, and the stunning white-sand beaches on the southern coast.

However, behind all this beauty, hides a darker side of the country, the Cambodian war, led by the Khmer Rouge.

“First They Killed My Father” is a movie based on the memories of a young girl named Loung, growing up during this regime led by the Khmer Rouge.

The movie provides excellent insight into the history of Cambodia and the struggles many families encountered.

Learning about the country's dark history will make you feel more connected to the Cambodian citizen.

It will enhance your experience when traveling through this beautiful country, a country that is arguably one of the most interesting destinations in the whole of Southeast Asia.

When did this story take place?

The US had evacuated Cambodia and the American embassy, causing much upheaval within the country.

Upon the departure of the Americans from Cambodia, the Khmer Rouge regime found this the perfect time to completely take over and begin their dreadful rule.

The Khmer Rouge regime continued until 1979, quite possibly four of the longest years any Cambodian has ever experienced. 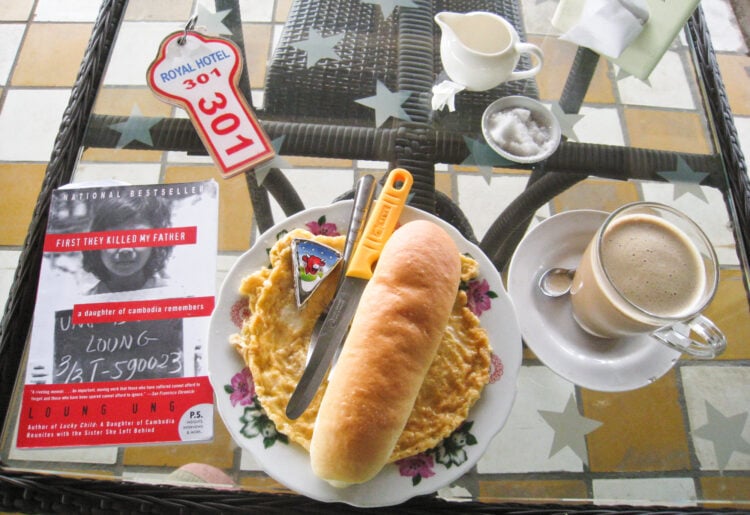 Who and what was the Khmer Rouge?

The Khmer Rouge, led by Pol Pot, was the Communist Party that ruled Cambodia from 1975-1979.

The Khmer Rouge regime was a highly xenophobic, paranoid, and repressive party.

The regime attempts at agricultural reform led to extensive starvation throughout the country.

The regime was so set on being self-sufficient that they refused food and even medicine, from outside sources, which led to the death of millions of citizens.

Malaria, a treatable disease, was one of the leading causes of death for those who fell ill.

To become self-sufficient, they first ordered isolation from all foreign influences. They closed schools, hospitals, and some factories.

They eliminated banking, finance, and currency.

The Khmer Rouge believed that a period of voluntary isolation would guarantee they became a self-sufficient country.

They, essentially, wanted to recreate the country and ensure national purity.

The Khmer Rouge regime murdered hundreds of thousands of their political competitors.

Due to their strong belief in national purity, they are also responsible for the genocides of several Cambodian minorities.

Torture and execution were a daily and regular part of life during their ruling.

Tragically, the torture and death did not apply only to those fighting against the regime, women, elderly, children, and even babies were also killed.

By the end of the Khmer Rouge regime, they had killed approximately 25 percent of the population, some 1.5 to 2 million people.

Why is it so important to watch this movie?

Cambodia is an amazing country. To this day, it may be one of the rawest countries we have seen.

Unlike Vietnam, Thailand, or Indonesia, you will not see a lot of western influence here.

Poverty is apparent, and the lack of infrastructure is easy to see throughout the cities and towns.

Over 40 years later, the country is still trying to rebuild itself after the Khmer Rouge regime.

You can see this in the faces of the citizens, the architecture, and of course, the museums and historical sights.

This movie is based on the non-fiction book by the same name written by Loung Ung, a childhood survivor of the Democratic Kampuchea.

It does an excellent job of giving you an in-depth view of what life was really like during the Khmer Rouge regime.

She writes about the daily struggles and the heartbreaking, unnecessary deaths of millions of people.

Loung and her family are forced from their home in the capital city of Phnom Pehn by the Khmer Rouge.

They have been told that the Americans will bomb the country, and they need to escape to a nearby village with other refugees.

They are told they can leave their belongings behind, that everything will be safe and that they can return home within a few days.

After traveling for days, they arrive at a labor camp where they are forced to build their shelters from practically nothing.

Any possessions they were able to carry with them are confiscated.

They are forced to work in awful conditions, extremely long hours, and some were even forced to create Khmer Regime propaganda.

Loung witnesses the, often daily, beatings of her siblings by Khmer soldiers.

Her eldest siblings are taken from the camp and reassigned to another work camp.

Soon after, her father is forced to leave for work purposes, the chances of his return are slim, and the family is horrifically aware of this.

Loung's mother, feeling defeated and unsure how to save her remaining children, tells them to flee the work camp and run in different directions.

Hoping they could arrive at new work camps and assume the roles of orphans in hopes of their safety.

Loung and her sister stuck together, however, soon after arrival at the new work camp, Loung is recruited to be a child soldier for the Khmer Rouge.

Loung is later granted a day-pass to visit her sister; however, instead of visiting her sister, she takes off in search of her mother.

Advised that her mother was taken away by the soldiers, Loung goes in search of her other siblings.

Throughout her search for her family, she is witness to countless bombings, murders, torture, and many other unthinkable acts of violence.

We don't want to give away too much about the movie, so we won't tell you the ending; however, we will say that this movie is a must-see before traveling to Cambodia.

Where can I watch this movie?

First They Killed My Father is available through Netflix. We strongly recommend you watch this movie before entering the country.

Cambodia has stringent laws regarding the history of the Khmer Rouge regime, and they also have strict internet policies.

If you are caught digging into the history of the regime too much, you could find yourself in trouble with the law.

Your best bet is to watch it before entering the country or download the movie on Netflix and watch it during your flight to Cambodia.

Hi there! My name is Maarten and I love sharing the best travel tips on how to get around in Southeast Asia. If you're planning a trip to Southeast Asia, make sure to check out my travel guides on Gecko Routes to start saving lots of time and money on your next trip!