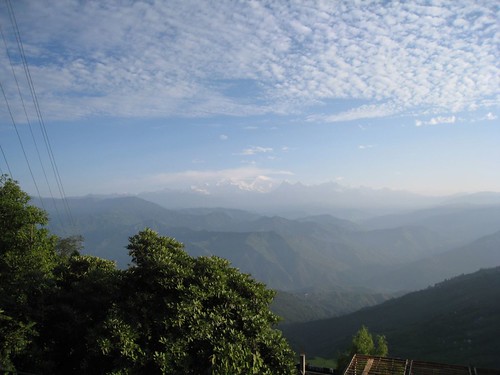 At 8,586 meters, Mt. Kanchenjunga is the world's third highest mountain, and only 10-20 meters behind K2 in Pakistan for second place. Spending additional time in the shadow of the Himalaya was a big reason for my decision to enter India via Darjeeling. 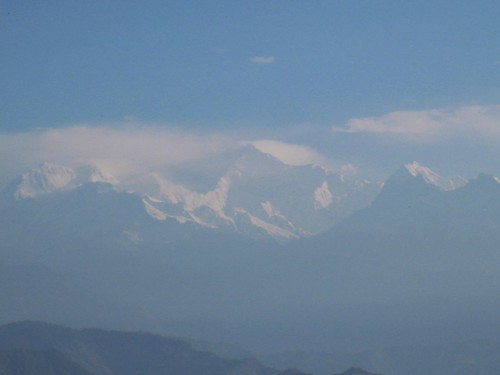 On my second morning, I awoke around 5:30am, saw blue skies out of my window, and trucked it to the viewpoint on Observatory Hill, hoping to get my first glimpse of Mt. Kanchenjunga. As I walked, I noticed I was heading opposite most of the Tibetans and joggers on the path. I realized they were up early to circumambulate the stupas at the top of the hill. My motivation was reward with a fairly clear view of the Himalayan range. I enjoyed the view for a half hour or so, found a small cafe, and dined on porridge and Darjeeling tea before returning to my room for more quality time in bed. 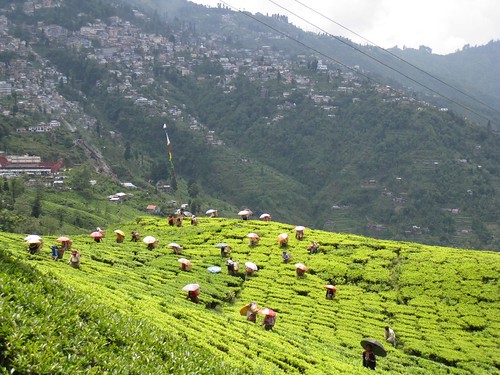 I met Viet (American) later in the morning and we shared a taxi to the nearby Happy Vally tea plantation. We received a short tour of the factory, and had the opportunity to view some of the workers picking the leaves in the fields. To my surprise, we couldn't taste the tea, however I didn't let that stop me from buying a souvenir bag. 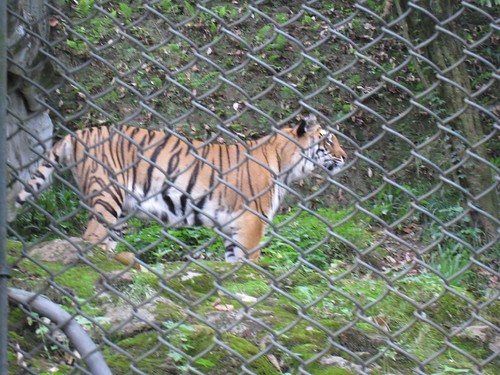 The next day I went to the zoo, which according to the map, while small (about 70 acres) is at the highest altitude in the world (about 7,000 feet). Before it rained, I caught a glimpse of a sneezing Indian tiger, and the elusive snow leopard. 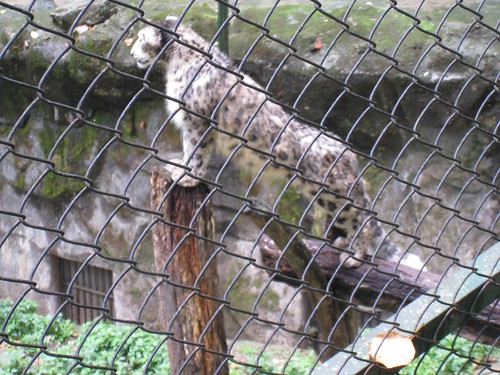 The latter cat being well worth the price of admission. I was especially excited to see it after having read Peter Mathiessen's “The Snow Leopard” in Nepal. Normally the cats are lying around during the day, however the snow leopard put on a real show for us both before and after the rain shower. He was eating grass, jumping around, and practically posing in regal form for the cameras. It's a beautiful animal. 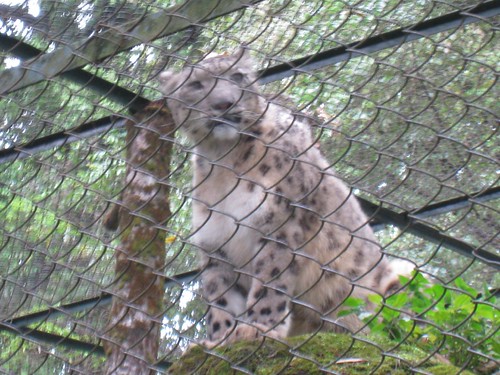 The zoo also had cloud leopards, black bears, Tibetan wolves, jackals, and yaks. While the variety of animals was small, they were all native to the Himalaya and therefore new to me. 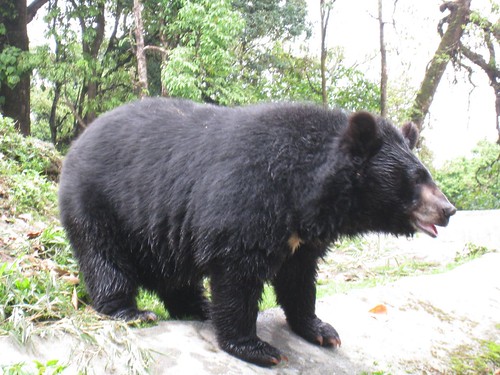 To start earning money with your blog, initially use Google Adsense but gradually as your traffic increases, keep adding more and more money making programs to your site.

Right, if necessary, buy a new broom, or a new hockey stick than to Best snow blower explain why they do not need a hand.