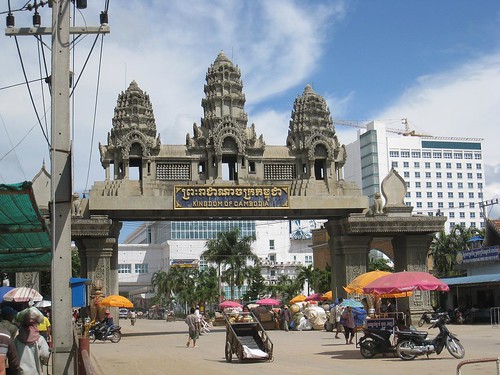 Note: Twenty years ago, my childhood friend Jeff introduced me to the early 80's political-punk band The Dead Kennedys. One of their most popular songs, ” Holiday In Cambodia,”? recounts the terrifying reign of Pol Pot during the genocide of the late 1970's. I became aware of Cambodia's sad and recent history as a result of this song rather than any discussions or reading from school. 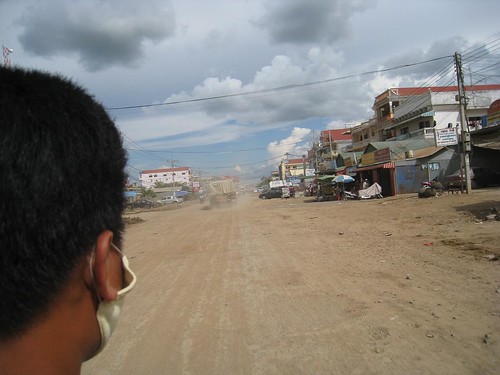 I managed a few hours sleep the night before departing for the Thai-Cambodia border. A mix of excitement and anxiety usually makes sleep a luxury before entering a new country. In the morning, I got a front row seat on the double-decker bus for the first time. While the exterior was freshly painted with a Winnie the Pooh theme, the interior clearly showed the age of the vehicle. 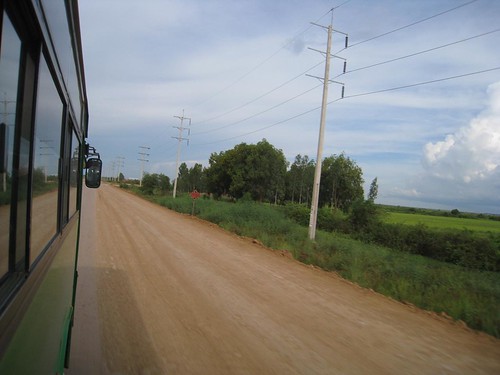 Another reason I sat in the front with the older white guys and their Thai lady friends was to gain space from other backpackers. I wanted time to process and appreciate the past few weeks, and new friendships would accelerate, if not eliminate, that opportunity (as it has many times in the past on this trip).

After a few hours, we stopped for lunch while still in Thailand. I met Sandy and Alice from . (Note: I'm a sucker for Australian accents.) We sat together at a dinner break too, along with Ross from . 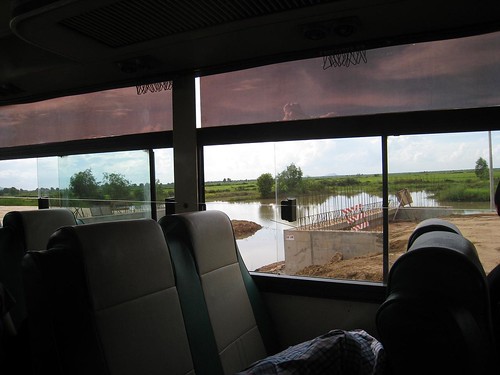 The difference in wealth and infrastructure upon crossing the border was very noticeable. My first images of Cambodia reminded me of India. The road from the border to Siem Reap was mostly dirt. Slow going. 11.5 hours of total transit time from Bangkok departure to Siem Reap arrival. 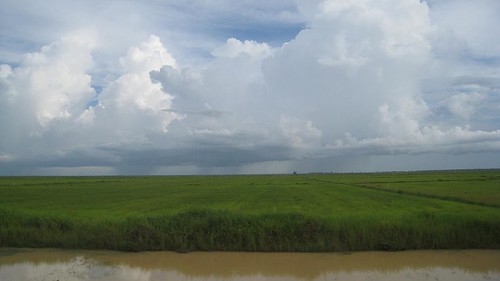 By dinner, I had decided that touring Angkor Wat was the type of activity I'd best enjoy with company, and thus Alice, Sandy, myself, and Phillip (Germany) stayed at the same hotel, and made plans to arrange tuk-tuks the next morning. So much for taking time to process recent events.

Even though a single was only $5, I took Phillip up on his offer to share a room, something I hadn't done since Steve and I first arrived on Thong Nai Pan Noi (beach) in Koh Phangan six weeks prior.