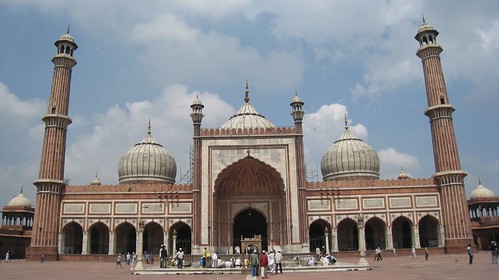 After a halfway decent first night's sleep at Sunny's, I had a quick breakfast and grabbed an auto rickshaw to Jama Masjid, India's biggest mosque.  I negotiated a rate of 80 rupees ($2), only to realize a few minutes into the ride that there was a perfectly functioning meter tracking the appropriate cost based on distance and waiting time.  My trip would've cost 25 rupees (60 cents).  I had to laugh at my own folly in this instance, and I joked with the driver as I handed him the amount we'd agreed upon. 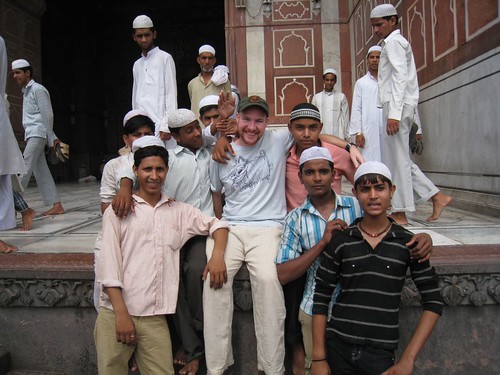 I walked around the perimeter of the interior courtyard and climbed the minaret for a wonderful 360-degree view of Delhi.  At one point, a group of young guys asked me to take a photo of them.  Afterwards, I asked them to take a photo with me.  They followed up the photo with rapid fire comments and questions.  The attention was nice, and such occasions help to counter the negative experiences I've had in India. 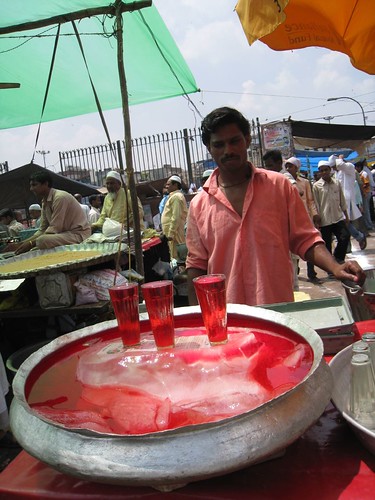 Upon exiting the mosque, I walked through a gauntlet of Muslim stalls, most of the people clad in white from top to bottom.  If it weren't for the heat, I would've taken more time to satiate my curiosity about what I was seeing.  It took about 20 minutes to reach the Red Fort's main entrance, Lahore Gate.  The Fort looked similar to the one in Agra, just bigger, so I cut my time there short. 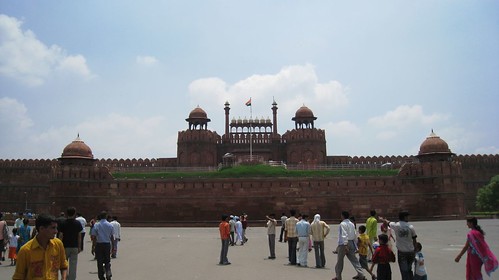 I tracked down Jalebiwala, a famous purveyor of jalebis.  These sweet, deep-fried, orange dough swirls were over-the-top greasy.  It felt and tasted like I was eating, nay drinking, the ghee (clarified butter) used to make them.  I cleansed my palate with a sumptuous, spicy potato samosa… 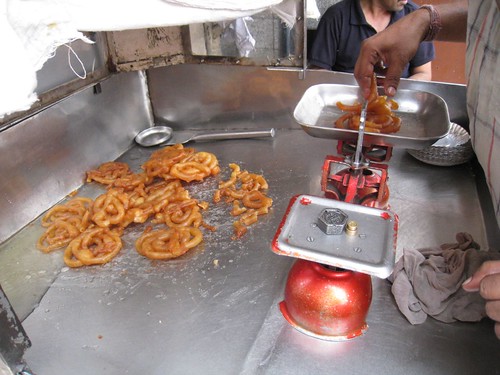 …and finished my sightseeing with a rickshaw to Raj Ghat, where Mahatma Gandhi was cremated following his assassination in 1948. 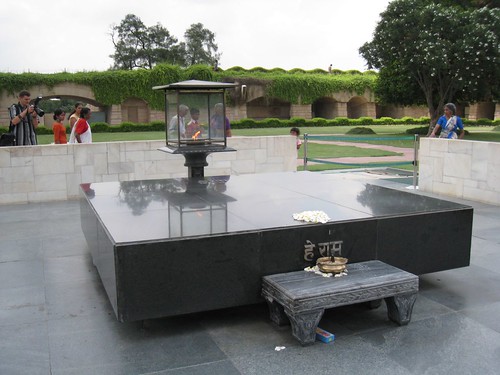