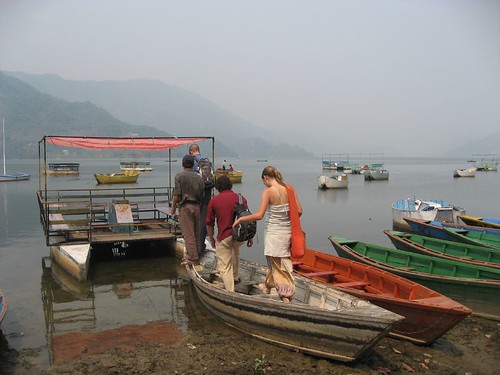 One of the luxuries of traveling alone for an extended time is your ability to do whatever you want, whenever. It is the feeling of absolute freedom I worked so hard to enjoy. So once the meditation course wrapped up, I decided to stick around Pokhara a little longer to spend time with some of the cool people I met. Kevin (Swiss), Steven, Marie (both English), and I hired a paddle boat for a day on Phewa Lake. 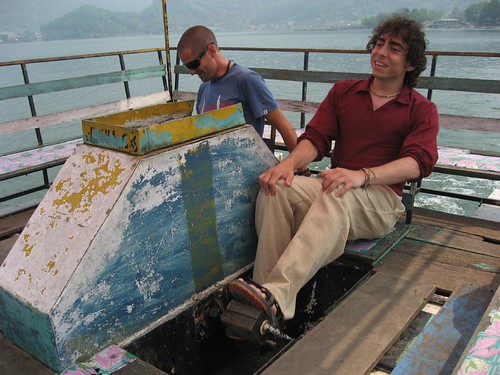 The square contraption set on two pontoons looked dodgy but performed quite well. We took turns on the pedals, steering with a metal rudder. We motored across the lake and picked up a few beers on the opposite end, then ducked into an area where some water buffalo were bathing. We took our first swim there, though I was a bit apprehensive about the state of the water near such large beasts. 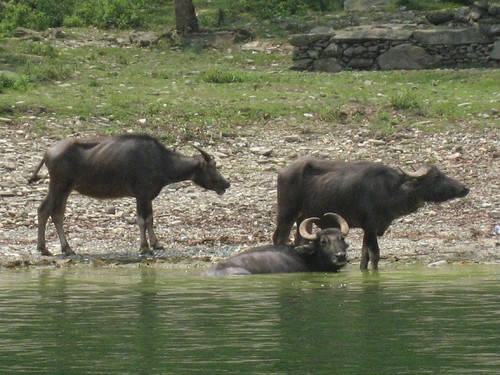 We continued to cruise toward the north end of the lake, enjoying the views and each other's company. Conversations ranged from the silly to serious, personal to reflections on what we learned in our Buddhist meditation course. 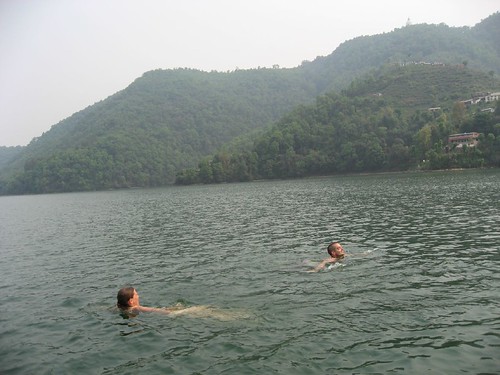 We went for swims on several occasions, working on either dives or our forward flips.  I think I landed 2 of my 5 flips properly, so it was no surprise I had a sore back the next day! 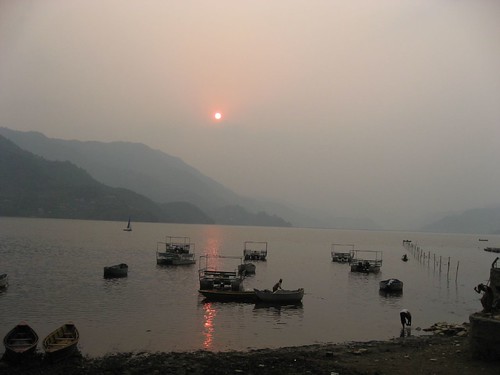 After about 6 hours on the lake, we came ashore and grabbed an early dinner together.  Worn out by the heat and Everest beers (which continue to kick my butt), I slept a solid 11 hours.