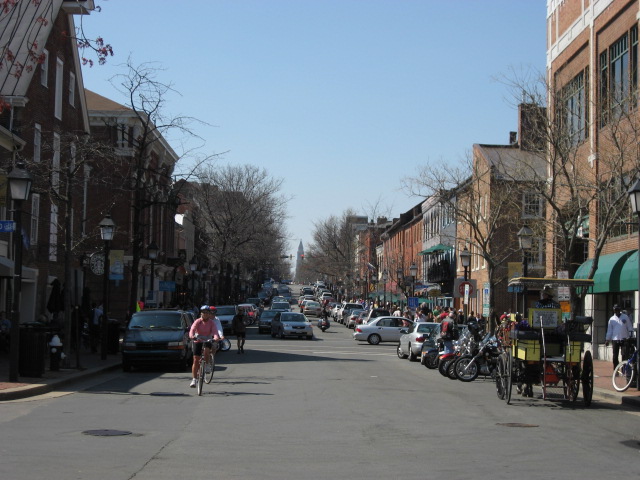 Yesterday, I had a new passport photo taken at my local FedEx Kinko's. The cost was $5 per set, where a set equaled two photos. I ordered a total of three sets for starters. Two photos were sent along with my passport renewal application, and I'm keeping the other four for future use. Actually, I was a bit surprised at the cost, and decided I could probably scan and print more for less, using my parent's computer. The actual passport renewal fee was $67. On top, I felt it appropriate to FedEx the application given it included my old passport. The total cost was about $100. It was money well spent!

My last passport renewal was in August 1997, a year before I was to take my first backpacking trip (to Europe). In looking back at that picture, I was quite chubby in the cheeks. I've lost about 25 pounds, and a head of hair in that time. 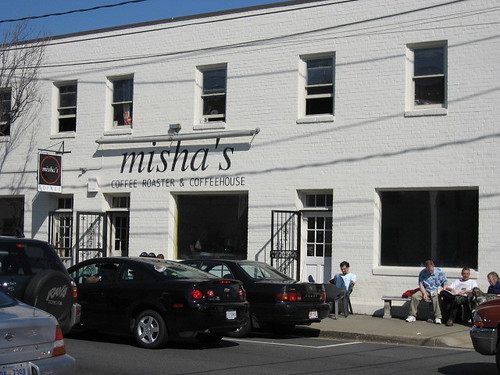 After a cool, rainy Saturday, I hit Old Town Alexandria, Virginia with a bounce in my step today. My travel writing assignment was to write a 1,000 word piece on the top 10 must-see's of the city. I worked in Old Town from 2002-2004, so I already had some locations and ideas in mind, however I didn't want to be prejudiced to them. Plus, what's the fun in being a travel writer if I'm going to pretend to know everything about a certain place without going out to experience it first hand.

So with the sun shining, I pounded the brick sidewalks, and made an afternoon of the assignment. Surprisingly, I had a heck of a good time with myself, and the city's offerings. After putting it off a few weeks, I now have 6 days to write my piece and submit it to Mr. Haines. Submission will be followed by a group critique at his house. Once I've written and revised the piece, I will post it here under a new Category entitled “Publish Me!”

Pat - I'm not a professional travel writer. While I was an English major in college, I wasn't too interested in pursuing a journalism career at the time.

The assignments I'm referring to are something of a tutoring process I just began with a local travel writer for the Washington Post. I took his 1-day adult education class a few weeks ago, and am now paying $25 per assignment/month to receive some guidance and critiques of my current abilities!

Given I intend to be on the road for 1-2 years, sharing my experiences through this blog, I figure it's a good investment in my writing skills. If I can generate some interest or income as a result, it'd be the cherry on top.

Hey So are you a professional travel writer? I have been reading up on those lines..how long have u been writing?