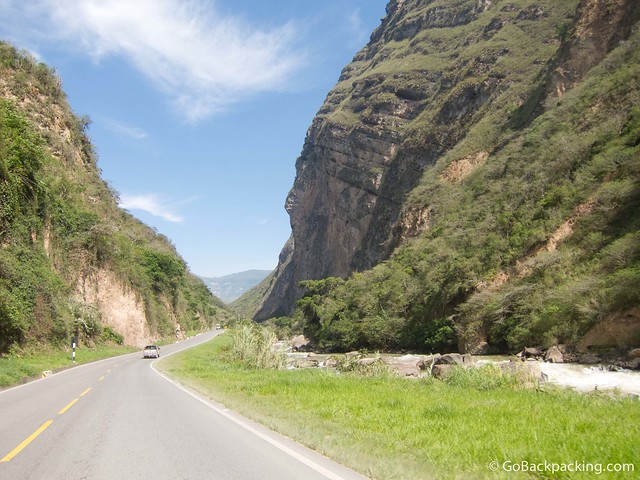 On the way to Chachapoyas in Northern Peru

My adventures in Peru began up North, as I took a 2-day overland journey from Vilcabamba, Ecuador to Chachapoyas last October.

At the time, it was exhilarating to be on the move.

A series of buses, rickshaws and share taxis got me from one destination to another in a fairly efficient manner.

I'll always prefer arriving in a new country by land, as it draws out the experience.

Flights are more comfortable, and save time and energy, but are inevitably anti-climactic.

They lack the slow build of anticipation and anxiety as you approach a border crossing. 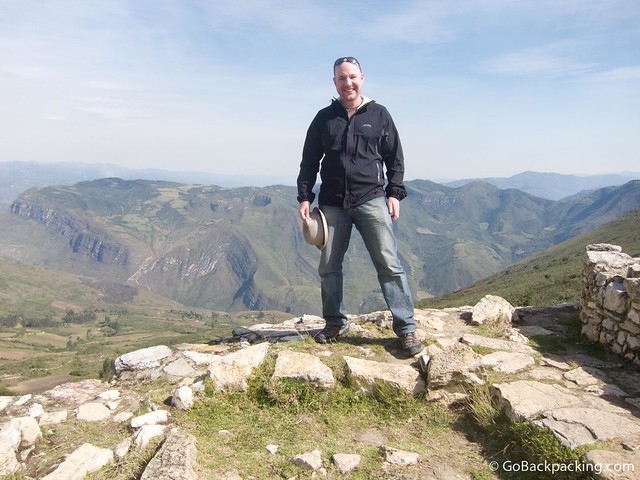 View from Kuelap in northern Peru

In Chachapoyas, I visited Kuelap, an ancient stone fortress built upon a mountaintop, and the Gocta Cataracts, which are purported to be the 3rd tallest waterfalls in the world.

I then boarded one of Peru's clean and comfortable long-distance buses for the ride to Trujillo.

I enjoyed the Huaca de la Luna ruins, but was bored by the better known Chan Chan complex.

I escaped the city noise for a few nights at the beach in nearby Huanchaco.

After a week on the coast, I boarded another bus and went back into the mountains, the Cordillera Blanca to be exact.

Huaraz is a sizeable city of about 100,000 people which acts as the main hub for the region. 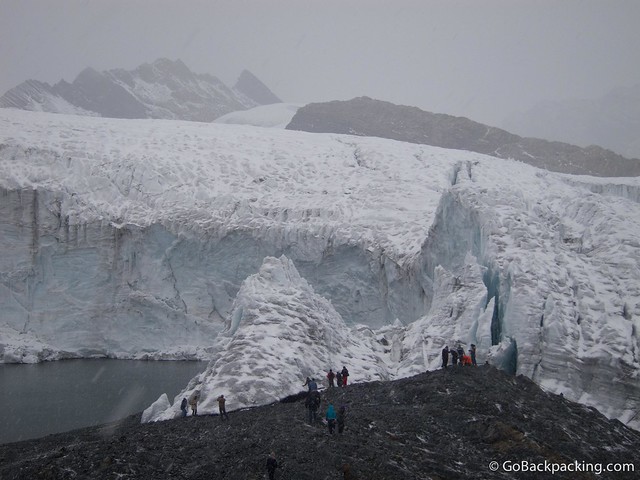 From Huaraz, I visited Pastoruri Glacier, which is situated 5,000 meters above sea level, and I visited Huascaran Mountain (Peru's tallest) on the Day of the Dead.

I arrived just as the low season was starting, and regrettably, talked myself out of going on the 4-day Santa Cruz trek.

From Huaraz, it was a scenic, but a surprisingly short journey to Lima.

Arriving just as Summer was getting underway, I quickly settled into life in the big city again.

I explored Peruvian cuisine via Astrid & Gaston, sampled the nightlife, and caught up with some blogging friends (Gareth at Tourist 2 Townie, Benny of Fluent in 3 Months, Barbara of Hole in the Donut).

Later on, I'd also meet Lainie and her son Miro (Raising Miro) and Erica and Shawn of Overyonderlust.com.

I flew to Cusco to do the 5-day Salkantay Trek to Machu Picchu before flying to Florida for Christmas with the family.

New Year's was celebrated back in Lima, where I enjoyed a few trips to the beach and continued to live through February. 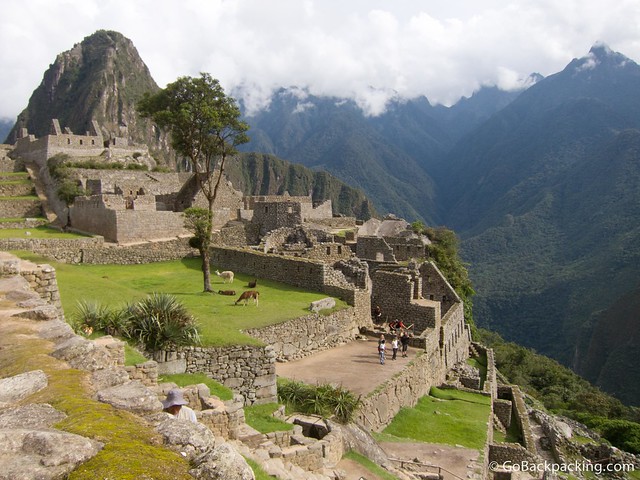 If you like ceviche (cebiche) it's awesome too.  I'm not a fan, the typical lime/citric juice is too strong.
I like that Peruvians use more spices and aji (pepper) than Ecuador and Colombia.

Why I'm Going Back

There are still some major highlights to see in the Southern part of the country, including:

I'd say the cost of travel in Peru is a little higher than in Ecuador, but less than Colombia.

It's definitely one of the cheaper destinations in South America.

Your travel experiences sounded incredible!! Very encouraging. I will be traveling Peru and Ecuador for a month in about a week or so. My family is concerned due to the recent kidnappings. I will be in Cusco and Ollantaytambo for a couple weeks then head up the coast to Ecuador. Im excited but a bit nervous because my folks and the media are putting all of the stories in my head. Do you have any tips/ advice? Thanks so much

You'll be fine. I'd be more concerned about theft and robbery in Ecuador then any problems in Peru. Specifically, don't let your bag/backpack out of your site on Ecuador's buses -- whatever valuables you have, make sure they're sitting on your lap. I wouldn't ride night buses there, but I did in Peru, and there fairly nice.

Peru is really a country I'd love to explore more. I spent about 2 weeks visiting some friends about 5 years ago in Trujillo, but didn't do too much other than hang out there and eat. I'd love to go back and do some hiking and of course some more eating!

An Australian friend of mine and I completed the Santa Cruz trek unsupported and I hate to say this but you missed out and it saddened me that you didn't have the opportunity to experience it. However, I understand that the weather wasn't favorable. It was stunning to camp in a valley on a clear night with the full moon reflecting off of the glaciers in the distance.

Hey Kevin, I'm bummed I talked myself out of it too. The issue was I was concerned about taking one of the treks by the budget operators (ie. the cheap ones). Those were the ones running more often since the low season started. I could've tried harder to find others, or been more patient, but I tried to make up for it with my trek to Machu Picchu. Another reason to return to Huaraz.