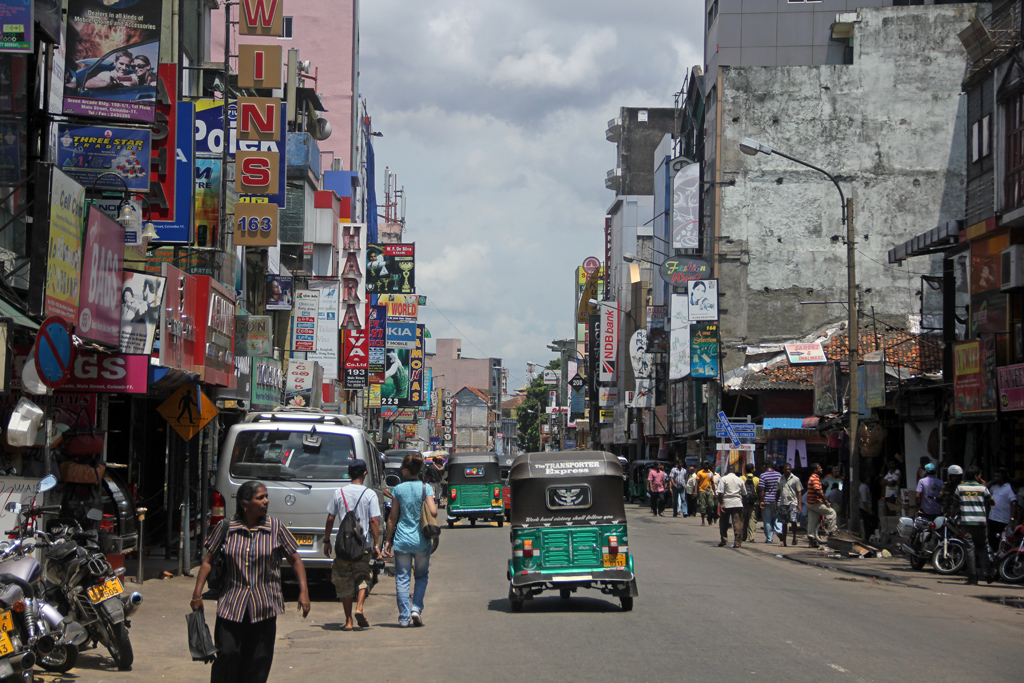 With around 6 million inhabitants, Colombo is not even close to being one of the larger cities in Asia – yet there's no denying that the city is full of vibrant energy and always action-packed!

The streets of central Colombo are characterized by bright colorful signs, streams of rickshaws, tons of pedestrians and rowdy buses that look like they plan to hit anything in their path. 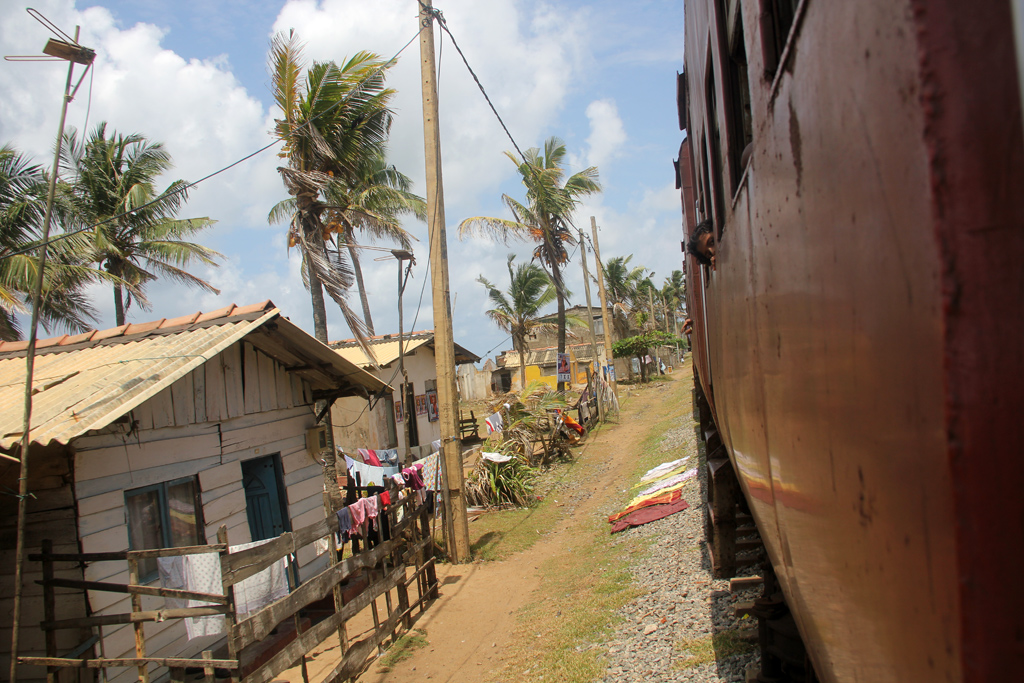 One of the best ways to get in and out of Colombo is by train. The railroad cuts directly through Colombo and goes along the beautiful Sri Lankan coast! 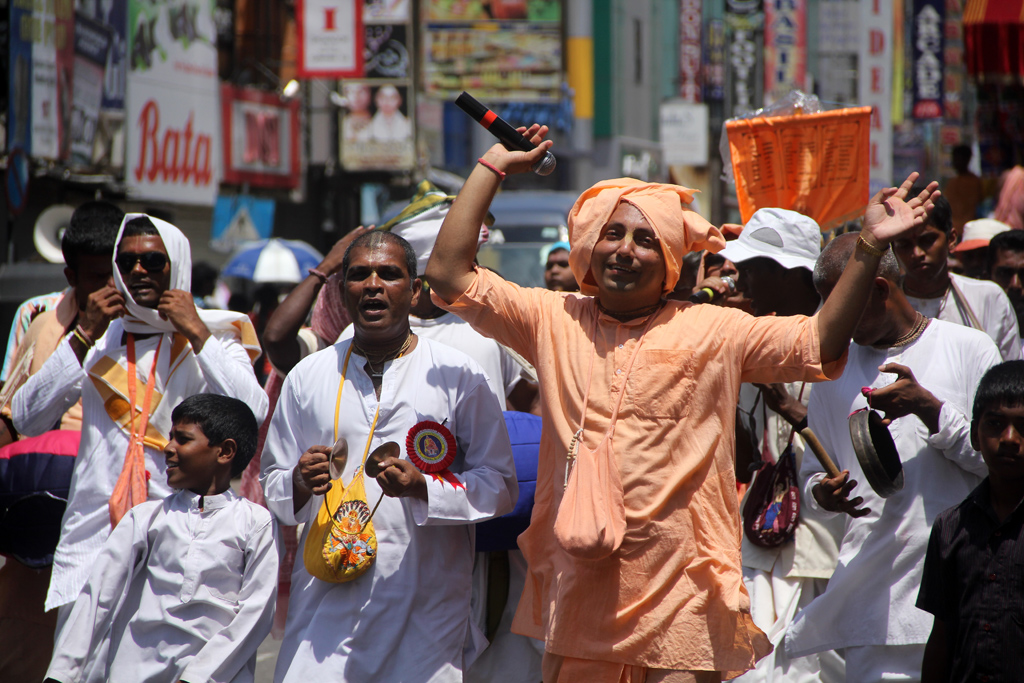 Dancing on the Streets of Colombo!

Sri Lankan's are extremely friendly people and they enjoy having a great time. I've never been to a country where so many people actually ask to have their photo taken just for fun (not because they want a tip). 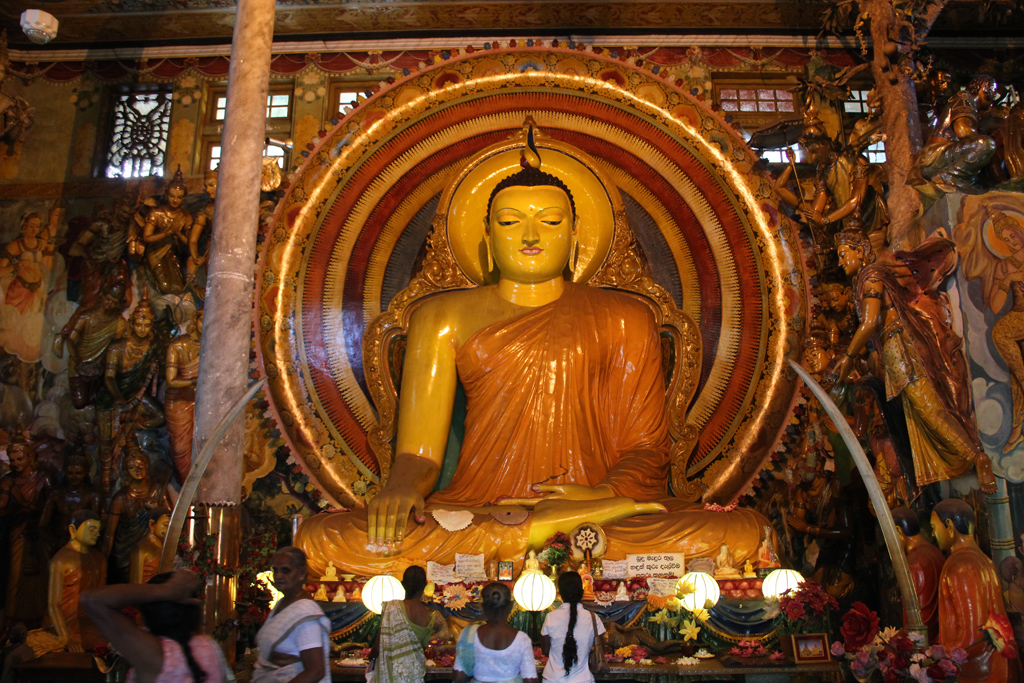 Theravada Buddhism is the predominant religion of Sri Lanka.

Gangaramaya Buddhist Temple is one of the most iconic religious places of worship in town. 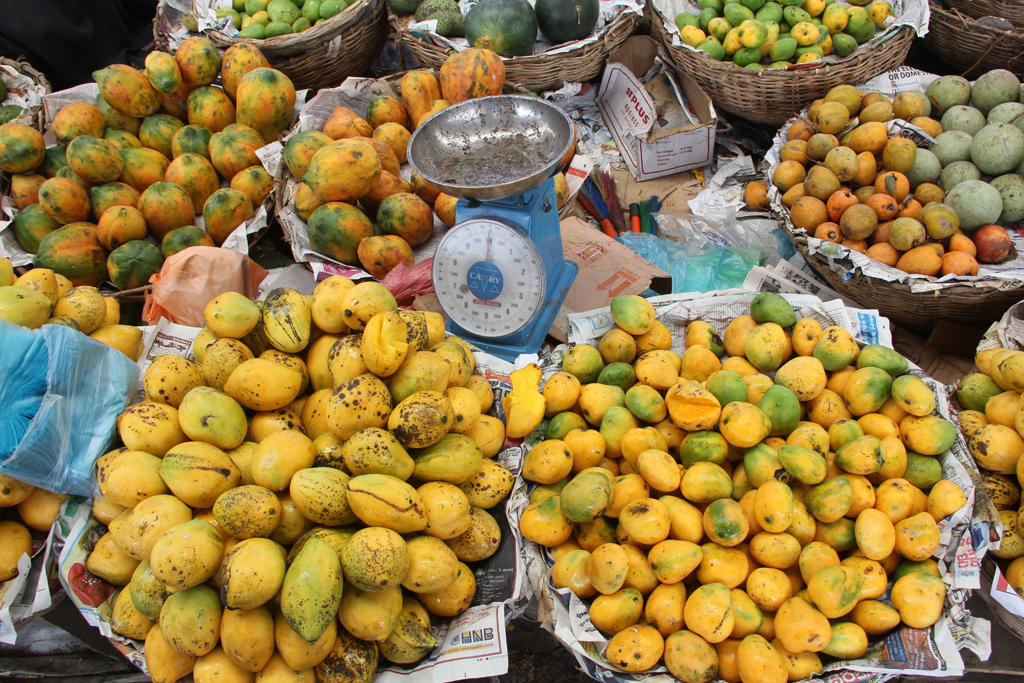 Fruit of all kinds grows in abundance on the island of Sri Lanka. Mangoes and coconuts, in particular, are everywhere to be seen.

This fruit store at Colombo's Pettah market was stocked with a nice selection of bright yellow (almost overripe) mangoes.

In Colombo make sure to haggle for your fruit, and you'll get some great deals! 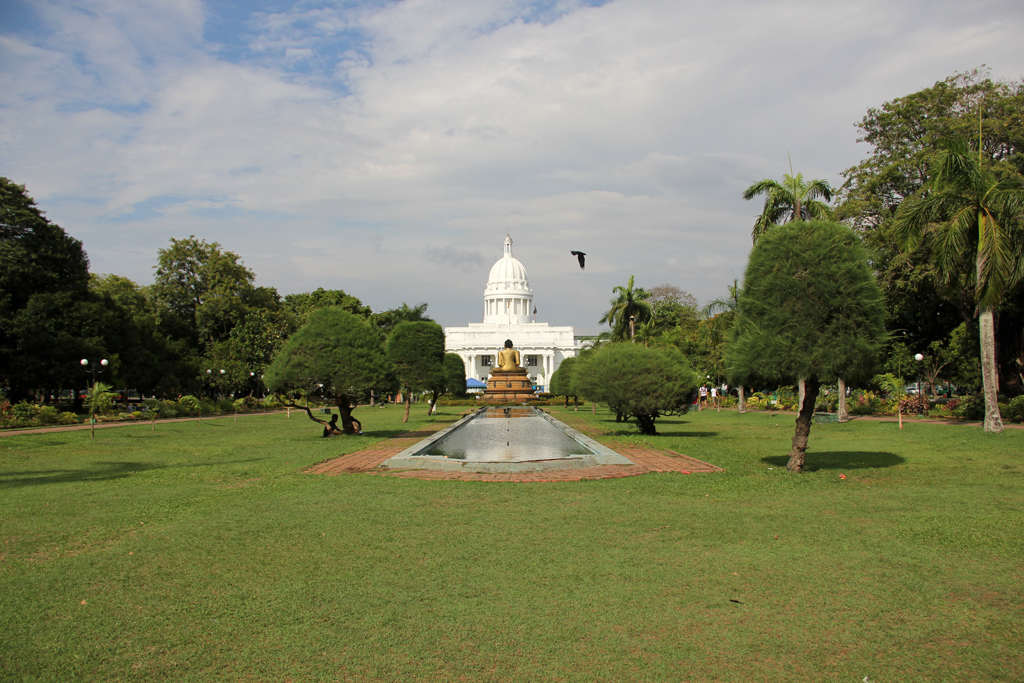 Viharamahadevi Park is the central and largest park in Colombo. It makes a fantastic place to spend a day of family time, picnicking and relaxation! 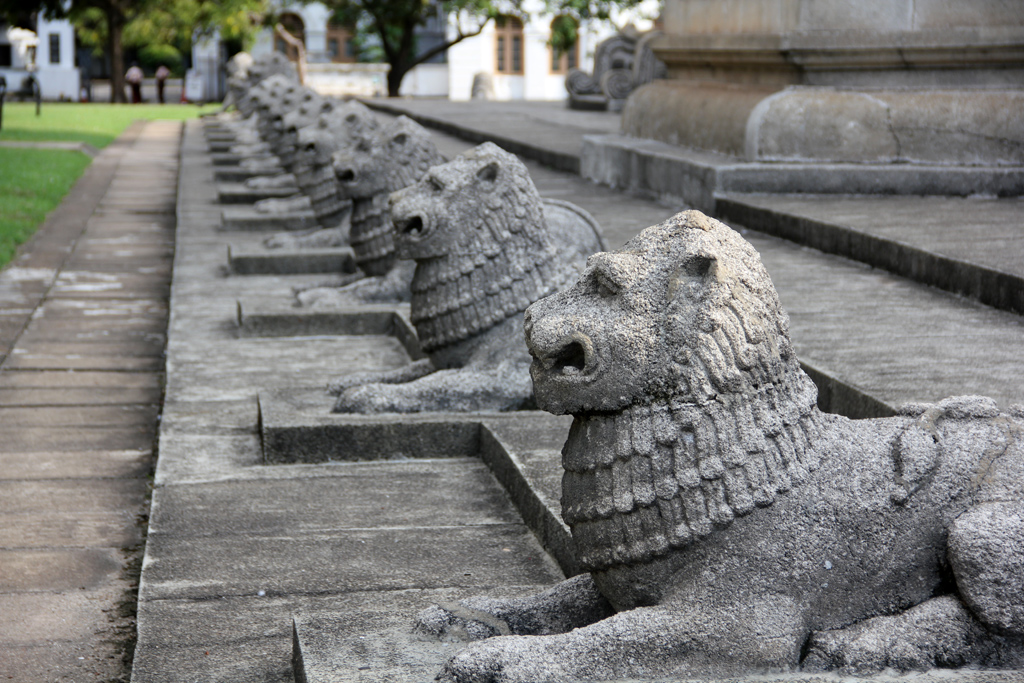 Just as depicted on the Sri Lankan national flag, the Sri Lankan lion is one of the famous symbols of the country. Though it became extinct many many years ago, its legend lives on. 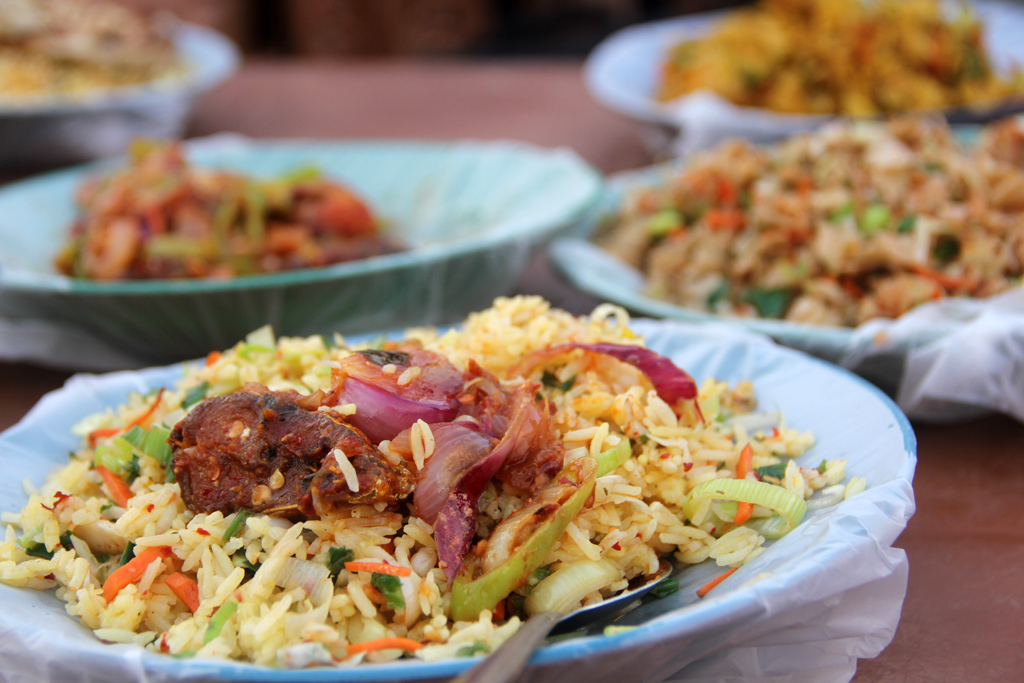 Some of the most delicious Sri Lankan street food is available in the evenings along Colombo's coastline known as Galle Face.

Make sure to sample the rice and fish curry as well as the piping hot roti paratha flatbreads. 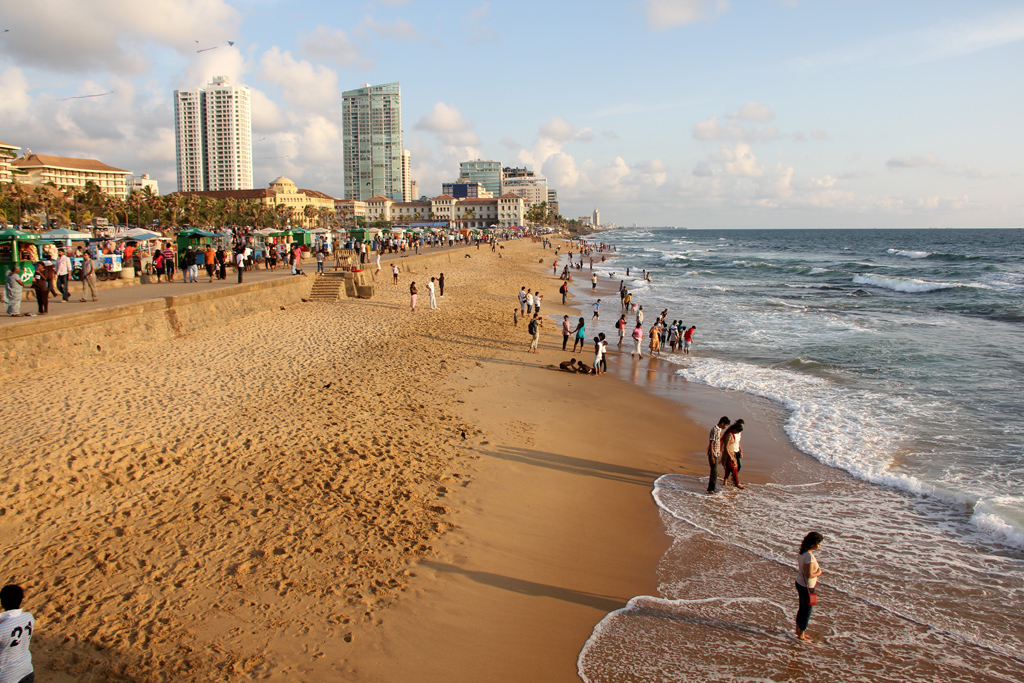 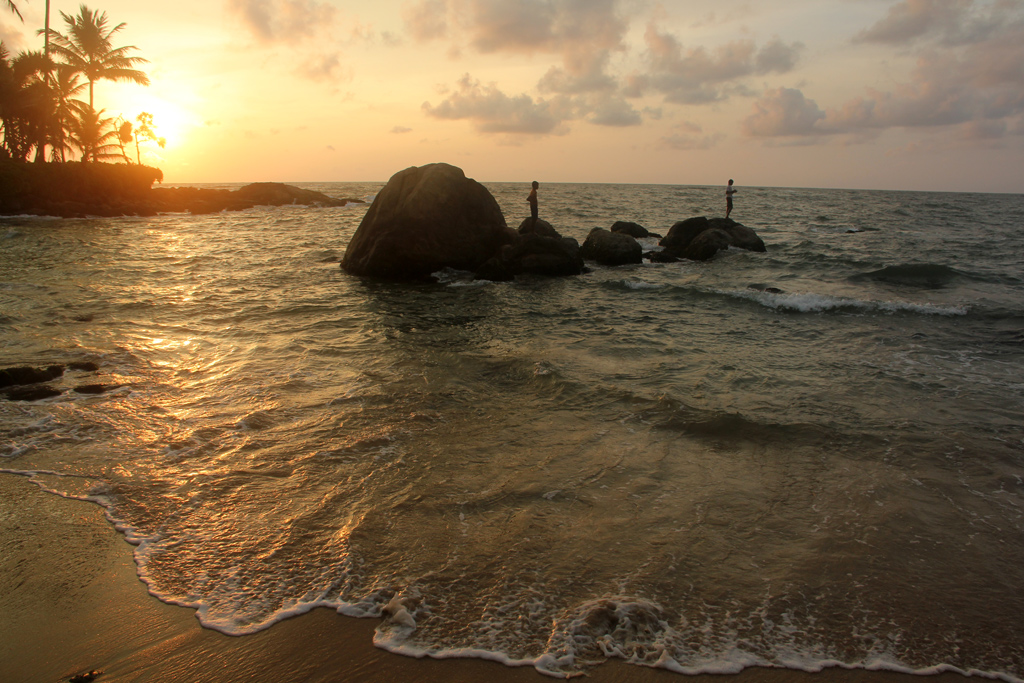 Gorgeous sunsets over the ocean are an everyday occurrence in Colombo.

One of the best places to grab a cool drink and gawk at the beautiful view is from an area of town known as Mount Lavinia.

I have to agree with Andi here, the third shot itself is a landscape of Sri Lankan culture...

Wow, great photos! I love the ones of the food. You did a really good job capturing the spirit of the city!

Looks like an incredible place! Love the 3rd shot!!!

WOW! For some reason I never thought Columbo was on the coast ... the oceanfront, as well as the plate of Sri Lankan food makes me want to go ASAP...!