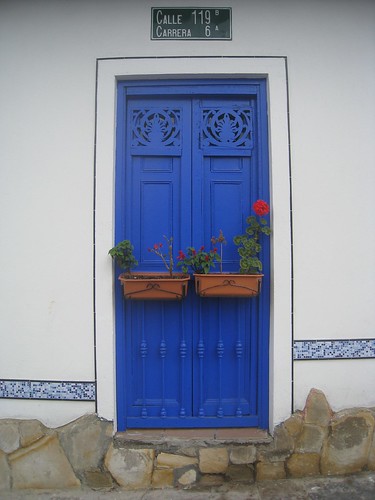 On my last day with Laura, we took a cab to the more upscale, commercial district of northern BogotÃ¡ which included the Zona Rosa (red district). The term is used to describe a central area of nightlife, an important aspect of Colombia's major cities! There were plenty of pretty buildings for me to photo, though one, in particular, with blue doors was my favorite. 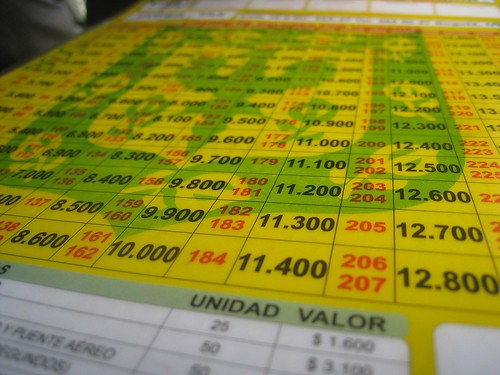 Taxis have meters, but the numbers correspond to a rate chart instead of signifying the cost of the ride. 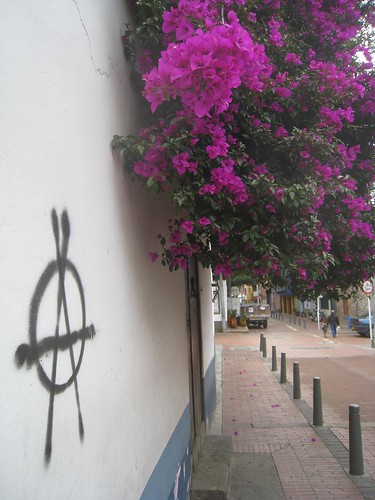 BogotÃ¡ features A LOT of graffiti, which is unfortunate. Political statements are sprayed on any surface. Subjects include Colombia's President Uribe, America, and general artwork. 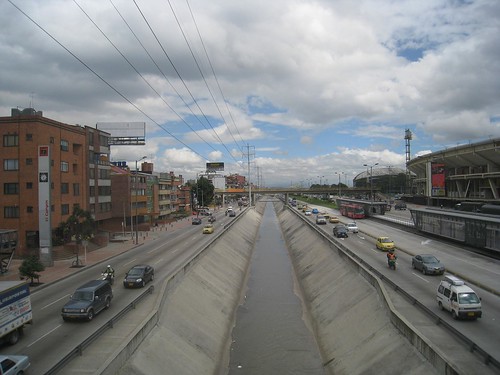 Laura lived in Il Campin, along the main north-south highway, and across the street from the city's futbol (soccer) stadium. 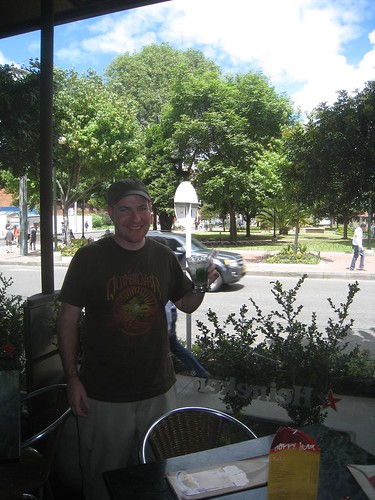 Laura said the burgers at a particular restaurant were all made of worm meat, so I had to eat there when we came to a popular park around lunchtime. The sole sunny day of my stay in the city necessitated a cold Mojito.  The burger in no way looked or tasted like worm meat!