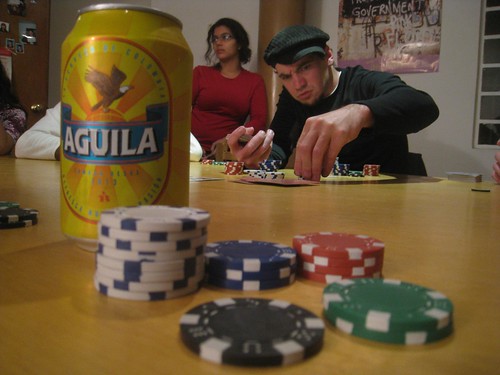 Laura and Herman took me out to breakfast early at a small, unassuming restaurant in central Bogota. I had a large, delicious chicken tamale while they ordered a hardcore soup with meat on the bone and potatoes. Back at the apartment, I spent a few hours uploading photos and working on the blog.

In the evening, Laura dropped me off at her Colombian friend Angela's house, where 5 expats reside. It was the weekly poker night and I bought into the friendly game of Texas Hold'em. There were 10 players, and I went out in the middle, about two and a half hours into the night. I managed to win one big hand, but it wasn't enough to make up for my complete lack of skill at the game. 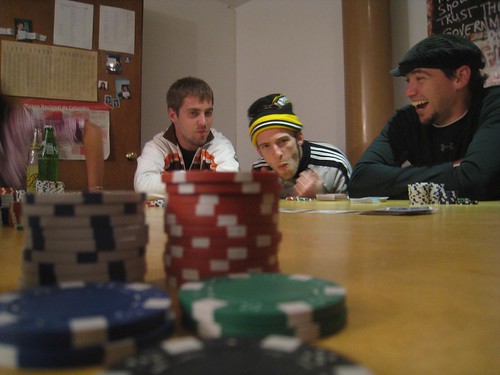 Still, it gave me a chance to spend some time with native English speakers, mostly American, and find out what they were doing in Colombia. The majority were English teachers, while Ryan (wearing the Steelers beanie) had originally arrived in the country as a journalist for FIFA. Grant, the dealer and landlord of the house, was working on research involving organic animal feed. 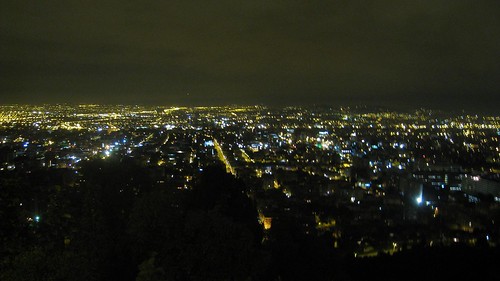 Laura called just as I was about to bet my remaining chips, with a poor hand no less. I told her I'd be ready to leave in a minute, promptly lost the hand, and heard the doorbell ring no more than thirty seconds later. 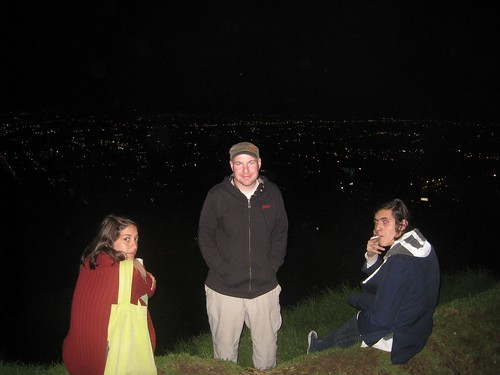 We picked up Herman's friend Abraham who lived in the neighborhood, and drove up to a viewpoint overlooking BogotÃ¡ along the side of a mountain. It was a beautiful sight, I thought, and no less so than Barcelona. This was a regular spot for locals (10-20 of whom were also up there with us), but not the kind of place you'd typically find as a backpacker, which is why I appreciated it so much. We talked for awhile on the chilly precipice while Latin music played from someone's stereo, and a few people danced, before returning to the apartment.