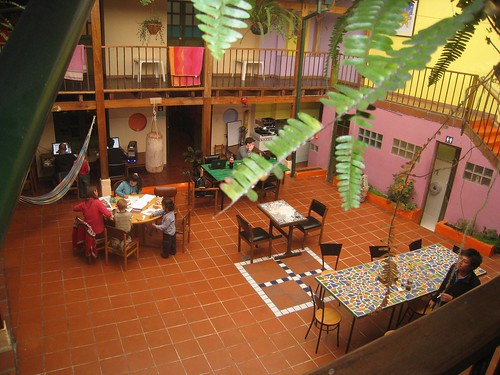 Juliana's parents were coming for a visit, so Laura and Herman dropped me off at Hostel Fatima in the central La Candeleria district of the city I visited the first day. I was surprised to have found the several hostels I called before them to be fully booked.

I settled in around mid-morning, while my bunkmate Steven (Australia) was still asleep. I made solid use of the free, and fast, broadband internet access located within the inner courtyard. Later, when Steven awoke, we got to talking, went out for lunch, played chess, and generally got along well. He had previously met a guy named Todd (California), who he planned to go out with in the evening. I had plans to attend a birthday party of Laura's friend, but they never materialized. Lacking a cell phone has only been a problem when it comes to coordinating social activities. 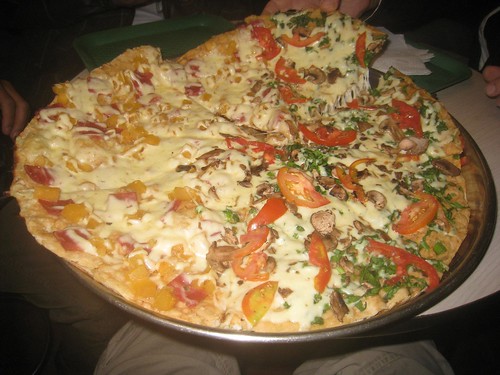 Todd arrived at the hostel while Dominic (England), on the older side of the backpacker spectrum like me, were enjoying a drink in the hostel bar. We started out in La Candelaria by going to a bar and getting some pizza. Both places were packed with young people, predominantly students, enjoying the start of their Friday night.

Next, we hopped in a taxi and rode north to the city's Zona Rosa which was densely populated with bars and clubs. We met up with one of Todd's lady friends, her sister, and a few Colombian guys, at a bar. I believe it was here that Nasser (Florida) joined the crew, as well as another older American guy who lived and worked in Colombia. 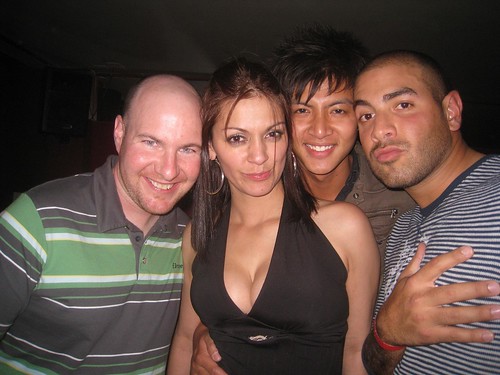 We had a few beers, and shots of Aguardiente, Colombia's favorite anise-flavored liquor, before heading off in search of a club. This turned into an unnecessarily long ordeal. The time of situation which results from too many people trying to agree on a consensus. We eventually entered a bar with a dance floor and some lounge-like seating. It was full but not overcrowded, and I liked the vibe. The male consensus was that every woman in the place was beautiful!  As is typical in Colombian bars and restaurants, bottle service is common, so we got a few small bottles of whiskey (I think).  Unfortunately for me, the Colombian company we arrived with didn't speak much English, but it didn't matter too much once we were dancing. 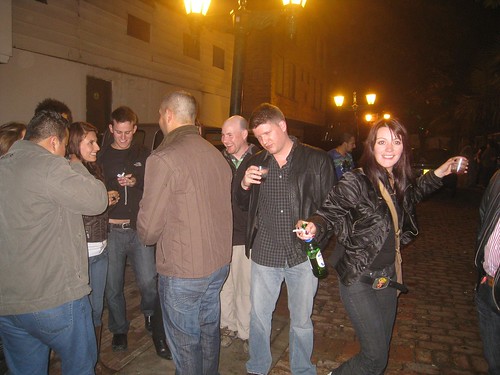 The bar closed down at 3am, and we meandered into the street where typical end-of-the-night nonsense and chatter occurs. One Colombian guy started screaming ¨Billy Corgan¨ in my direction, taking my photo. Dominic, Steven, and I shared a taxi back to the hostel, where I faced a flight to Medellin the next day.