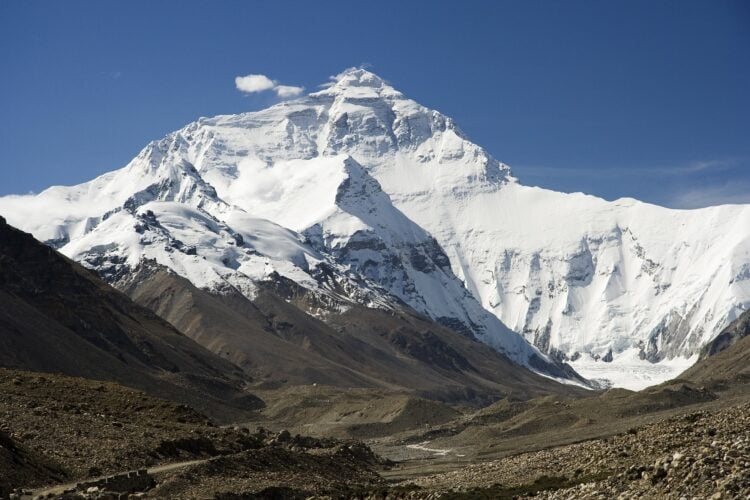 If I recall correctly, the last time I hiked for more than a few hours in a day, I was 13.

I had signed up for a two-day (one night), 15-mile hike along the Appalachian Trail through the sleep-away camp in New Jersey, where I spent a handful of Summers.

Trekking companies in Nepal are a dime a dozen. Luckily, I learned about Karnali Excursions during the Adventure Expo I attended earlier this year.

I'm going to step out on a limb and suggest if a trekking company from Nepal can represent itself at a table for a weekend in Washington, DC, they must be doing something right (from a money/success standpoint, not necessarily that there are qualifications to be a part of the event).

After reading the informative Trekking in Nepal and reviewing the treks on Karnali's website, I began to correspond with them via e-mail.

Both cover 25-26 total days, entailing 20 days of “moderate to strenuous” trekking with a guide and porter.

The prices include transport to and from Kathmandu airport, accommodations, meals, and a tour of local sites when I first arrive.

The Annapurna Circuit is the most popular trek in Nepal, and as a result, would have more accouterments (and by that, I'm talking filtered water at teahouses to save you some effort, not even porcelain toilets), be a little safer, and more populated with other trekkers.

The Mt. Everest region is the second most popular area for trekking and would be more rugged, challenging, and less populated.

Given my desire to stick to a budget, and complete lack of trekking and high altitude experience, I intend to book a trek around the Annapurna Circuit.

Still, the idea of seeing Mt. Everest in person (albeit it from very far away) sits idly in the back of my mind, taunting me.

So the Karnali guys have helped put many of my concerns about fitness (or lack thereof) and altitude sickness to relative rest.

For example, when I asked whether they carry a Gamow Bag, the response was only on higher altitude treks like those in Tibet. However, they would pack one at my request.

I e-mailed one of their references, Mary, who had spent several years in Nepal with Habitat for Humanity.

She had been a part of arranging dozens of treks through Karnali during her time there and gave a resoundingly positive endorsement.

I still intend to do a little checking around with other companies to see what is out there. However, Karnali has so far set the bar high.

Though its been very longtime but its simple amazing to know that u loved the trip to Nepal and the entire Annapurna expedition. Hopefully u will get next chance to visit Nepal and expedite Mt Everest.

10 dollars a day the first few days and then 20 to 30 in higher altitudes. do not book anything in advance. IS NO NEED. Is super easy to do it yourself!

I couldn't agree more! Thanks for the budgeting tip!

I've done the Everest trek - it is a great experience. Dharma tours, based in Nepal was the company that our US based tour organizer used to actually run the trip. They did a great job, and I highly recommend them.

I would advise against going without a guide. Make sure you aren't going more than about 2,000 feet higher each day so you avoid the effects of altitude.

Stacy - thanks for sharing . This is a great day-by-day account of a group trek to Everest Base Camp. :)

I don't know what group she chose, but I thought this was a cute entry about someone's trekking experience...