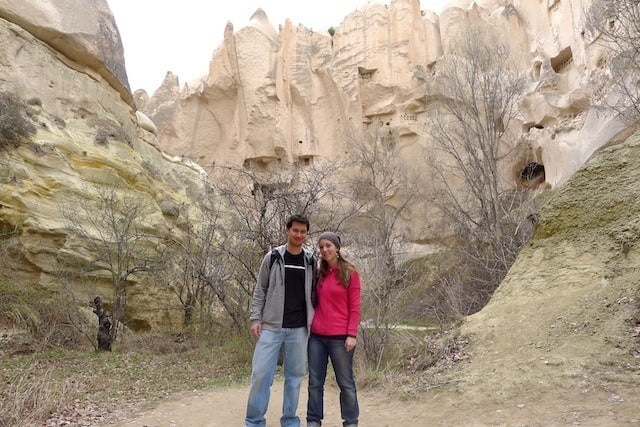 Brooke and Pat hiking in Turkey

[A] few years ago, I became known as a solo female traveler and blogger. It wasn't because I set out to put my name into that particular field of travel bloggers – it was simply out of necessity that I jumped from place to place without a travel partner.

But, after those experiences, I realized the many benefits that come from going solo, such as the freedom to do what you want and when you want it, and it became my preferred method of travel… until I met my current boyfriend.

After being with him, it became hard to be away for extended periods of time. I noticed the little things about travel that would have been better if he were there; the things that I would like to share with him.

The lonely times felt lonelier, and being away was just not quite the same, sort of like I couldn't dig my hands in deep into a place because something in the back of my mind was drawing me elsewhere.

However, I am one lucky girl because my boyfriend has finally set off on an extended 3.5 month trip with me and I can tell that many parts of traveling with him completely trumps going solo:

1. I no longer have to lie about having a boyfriend – he's there!

Boy, oh boy. As a solo traveler, even when I told people I had a boyfriend, there was no man on my arm, and no ring on my finger to make anyone believe me.

Like the time I was stranded at the border between Kazakhstan and Kyrgyzstan (because of lame visa “difficulties”) and the Kazakh border guards surrounded me, took my phone, and called their phones with it so they could have my number… yeah, that was not fun at all.

However, on arrival at the Bishkek airport in Kyrgyzstan this time around, my boyfriend and I went to two separate lines for passport control, and the one I went to happened to have 3 Kyrgyz men behind the desk (chatting and otherwise).

One of the guards told me that I was very pretty, which then started the spiel that in other circumstances would have continued no matter how many times I said I wasn't available.

This time, I responded that my boyfriend was right over there, to which they were all able to confirm, and that was that. Wow, too easy! 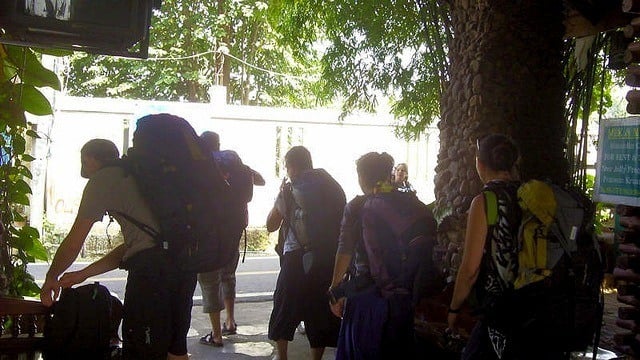 My boyfriend carries more when I'm not feeling well. (photo by Hanuman)

2. Sharing bag space is a small triumph over packing hurdles.

Sure enough, we each have a lot of stuff that we both need to pack, but when it comes to medicines and toiletries, the sharing part rocks.

In that case, one person can carry the toiletries and the other the medical supplies (I've learned over the years that skimping on cold medicines, etc. is just more hassle when you absolutely need it!).

Sharing bag space also helps when one is sick or sore. In that case, the partner that is well can perhaps carry a bit more.

And let's not forget about souvenirs and other items picked up along the way. How else would I have managed to carry all my media materials from my latest blog trip and an entire box of Baci chocolates around?!

Splitting it up has saved our backs – seriously!

We now have two people setting alarms to wake up for flights and early morning bus rides.

We now have two eyes to look over the schedule and keep up to date with when we have to be where.

It takes a lot of stress of my poor brain knowing that someone else is with me to help me on my way, whether it be by double-checking the schedule, or just reminding me that the flight is boarding when I am lost in my email inbox in the Turkish Airlines lounge. 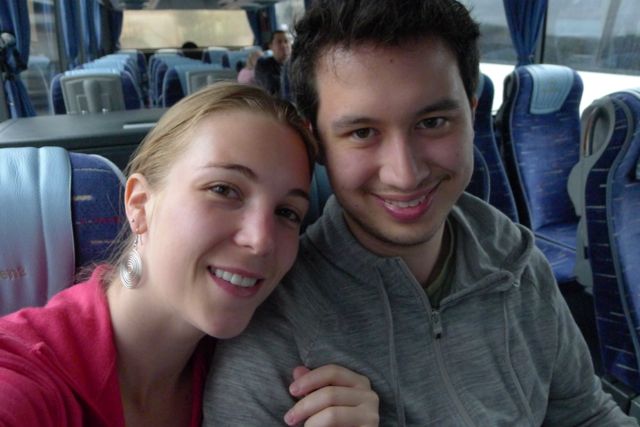 Sitting next to each other on public transport.

4. I have less chance of having to sit next to strange strangers.

I know that sometimes those strange strangers can make the best stories, but they can also at other times just make you cringe and be very uncomfortable on those long journeys.

With my boyfriend sitting next to me, we barely have to worry. On a bus and on many planes, we take up the two seats on one side.

Even on the 3-seater planes we don't feel as uncomfortable as it's only on one side (instead of possibly both) that some unknown person starts taking up your armrest space and sneezing on your food.

5. We get to split meals to save money, or order like normal to try more!

There have been several times where my boyfriend and I sat down for a rest but weren't very hungry.

In that case, we got something small to share and a couple of drinks which saved us money.

Other times, we like to take advantage of our two-ness by ordering normal sized meals, but different ones, and then splitting them to taste as much foreign food goodness as possible. 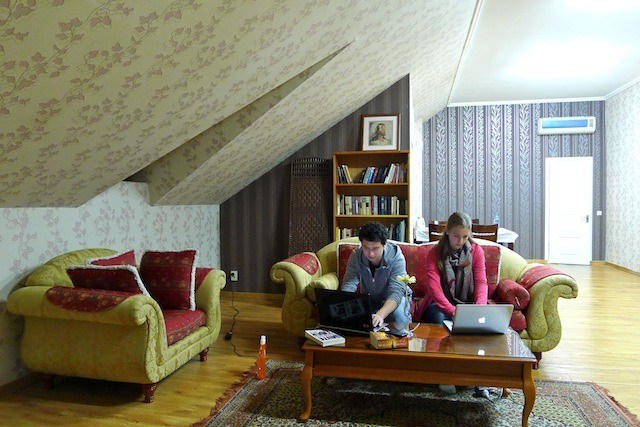 Working in solitude, but together.

This goes for more than a security sense. The ability to leave your bags with your partner while you run to the toilet is definitely a perk that deserves a shout, but the real benefit comes socially.

There are times when you are just plain tired and can't handle going out for drinks or socializing with others you meet in hostels, and it can make you feel like a recluse of sorts when you're back in your room.

Having that downtime with someone that understands you makes it a nice and relaxing experience instead of one where you're considered socially awkward.

7. Some things are just better experienced with someone you love.

I can think of a few places and experiences common on travels that are better with significant others: sunrises, sunsets, and Italy spring to mind.

Enjoying a gelato in front of the Trevi Fountain is never going to be bad, but sharing a gelato in romantic Rome is probably 20 times better. Am I right?

A good man will always make a woman feel like heaven on earth when they travel together. Awoman will understand that making her beautiful does not just mean saying the word to her. It will mean truely making her great when you travel with her.

When traveling to countries like Europe or Latin America, especially like Italy or Venezuela, think carefully when traveling with your boyfriend and make sure he doesn’t get jealous and/or start fights when local guys or other male tourists are being friendly with you and/or looking at you. Believe it or not, it happens a lot and the guy gets arrested for aggravated assault.

I've been doing this traveling with a significant other (in my case, my husband of 30 years) for a while now. Traveling together is nice/fun/comforting for all the reasons mentioned above, but one of the perks of being a trailing spouse is that I also get to travel "alone together". Most of our long distance travel is tacked onto or around work for my husband. He's a physician-scientist and it turns out that academic medicine types are keen on traveling around the world to talk to and with each other. When he's communing with his colleagues, I set off on my own for all or part of a day. That's when I do things that I'm not sure he would enjoy as much as I do---like reading every display sign in a museum, visiting cemeteries, reading in a beautiful garden, etc. Often, even if we visit a museum together, we split up so we can each explore at our own pace. But, then it's really nice to reconnect to share a meal and fill each other in on our respective day's happenings --- and to sleep close enough to a snoring person to be able to re-position them. No need for earplugs--yeah. (P.S.: I'm a recovering lawyer and still write briefs part-time, but nowadays (as opposed to back in the day), legal brief writing can be a location-independent endeavor.)