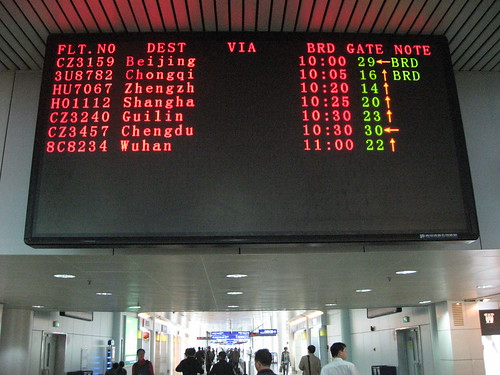 Upon arrival back in Hong Kong, I booked a one-way flight from Shenzhen to Chengdu online for $80 (tax included). Thank you China Southern Airlines!

I left Adam to his own devices and took the easy route by hiring a taxi to the airport instead of taking the metro to an airport shuttle bus. Thirty minutes later I was at the airline counter, zipping through security, and finding my departure gate. It was very fast and easy.

The 2.5-hour flight had a bit of turbulence at the start, though was otherwise pleasant. To my surprise, I received a warm pork and rice lunch which I gobbled up. The clouds, fog, pollution, or combination of all made for a practically blind landing from my perspective. And I've never seen people get out of their seats faster than my fellow Chinese passengers. Wow, they were in a hurry! 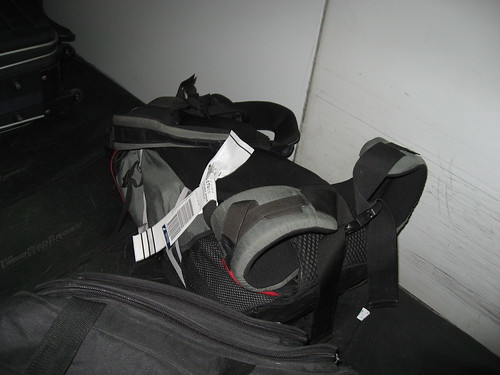 I immediately saw Charlie outside the baggage claim area. It helps that he's about 6'3 and white, towering over everyone else. It was very exciting to see an old friend after 3 months of traveling. I collected my bag and we headed off on a bus into town.