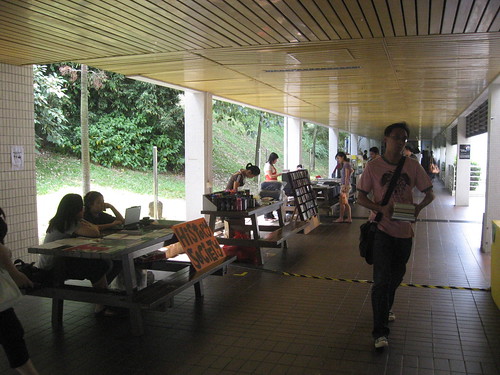 On my second full day in Singapore, I ran an errand with Ian to his alma mater, the National University of Singapore. It was fun to walk through the halls, and eat in the cafeteria, with all the students. It brought back memories from my own college years.

Afterwards, I opted for us to go back to his apartment so I could rest. I was tired from the previous day, and wanted to continue making use of the convenient and fast internet access. 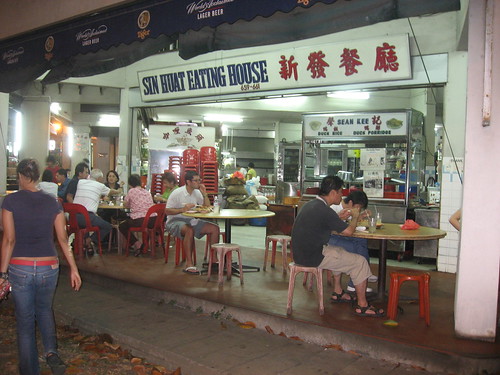 The plan for dinner was to track down Sin Huat Eating House, a local haunt frequented by famous chefs, including none other than Anthony Bourdain. If anyone can recall whether this was a restaurant featured on ” No Reservations”? let me know. I know he went there as it was publicized in a travel brochure, and clearly the prices reflected it more than the interior decorating. 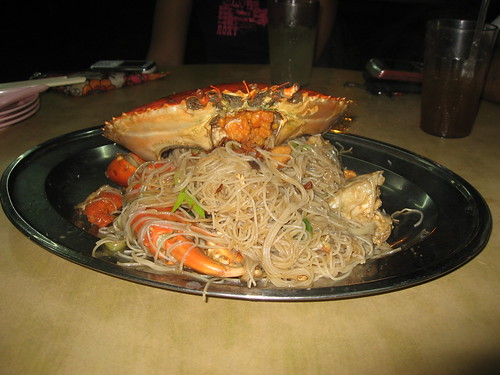 There were big tanks with live crabs, scallops and fish. I saw someone's crab and noodle order and figured it was the way to go. We didn't get menus, rather the waiter suggested items. When I asked about the prices, I was taken aback to hear 1 crab with noodles would run me about $37. I went with it though, and assaulted that sucker like there was no tomorrow. 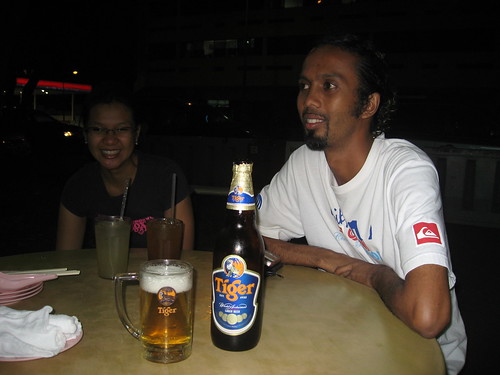 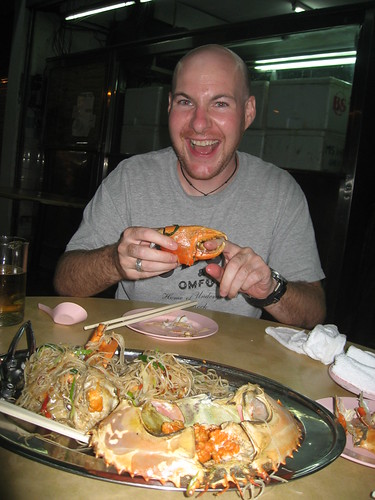 Ian and Waffa just looked on, graciously taking photos as I fumbled with the extraction of tasty crab meat. I tasted a bit of the roe, or guts, to be adventurous (orange stuff you see in the shell). Twas not my cup of tea so I stuck to the claws. Eventually, I ran out of steam and Tiger beer, so we paid the bill and headed for my dessert, the fabled and utterly stinky Durian fruit. 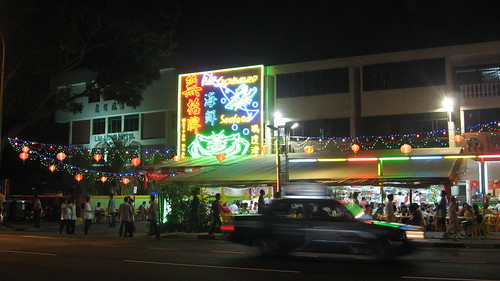 The walk to the fruit stands with Durian was eye-opening. We were on a street bordering the red-light district. It was about 9 or 10pm on a weekday and the restaurants were packed with people dining al fresco (the modus operandi in Singapore). Lots of lights and people. 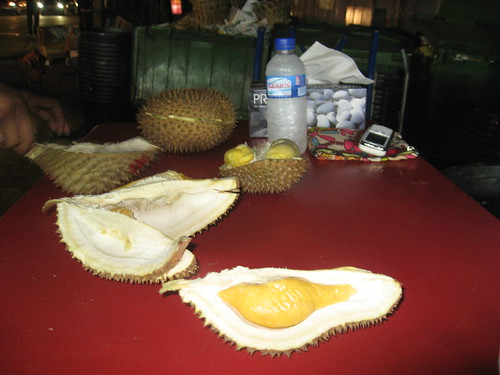 Eventually, we found a stand with heaps of Durian fruit. Ian bought us each one. The store clerk helped to crack it open, and then Ian did the rest to expose the pudding like fruit within the hard exterior shell. We began to scoop it out with our fingers, mindful of the pits. Yes, I could smell an odor in the area, however I didn't find it overly pungent. And I actually started to acquire a taste for the fruit. It was certainly unlike any other I'd tasted. Upon completion, we chucked the shells in nearby waste baskets as so many had done before us, and headed home. 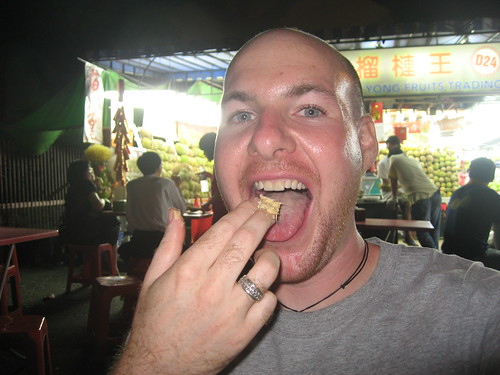