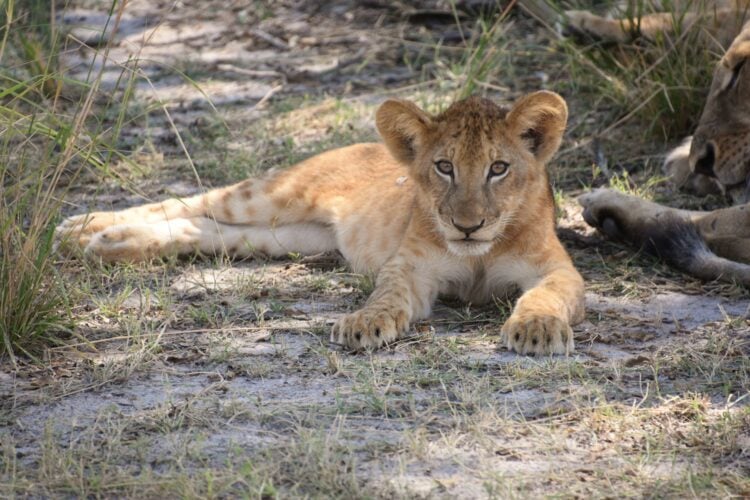 You may have already heard of Kruger National Park, Maasai Mara, and the Serengeti.

Yet hidden among these popular wildlife sanctuaries is one of Africa's largest, the Selous Game Reserve in Tanzania.

Drawing less attention due to its remote location in Southern Tanzania, lack of accessibility, and being completely off the ordinary path of many travelers, the Selous Game Reserve attracts a small adventurous crowd that is fully rewarded for making the extra trip.

A couple of years ago, I had the opportunity to visit Selous along with a few of my family members and relatives that came to Tanzania for a visit.

Throughout my eight years of being a resident in Kenya, I was able to go on many safaris at many different reserves around East Africa.

Selous was different, an environment that was less developed. It provided that feeling of truly being in the African wild. 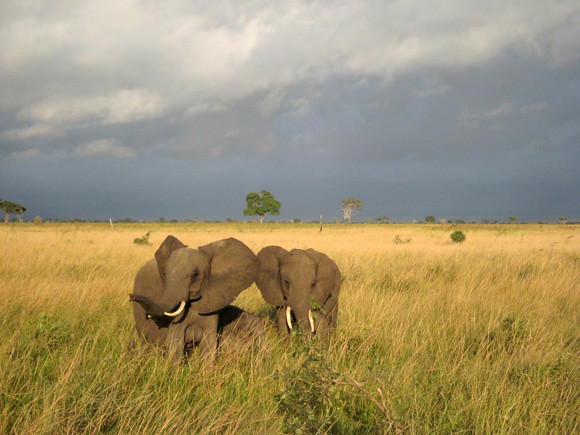 We started the trip in Dar Es Salaam, the capital city of Tanzania, and made the five bumpy hour journey by safari truck to the entrance of the reserve.

The drive on the dirt road to get there is only possible during the dry season (June – November), another reason why the park is so isolated.

Visiting Selous doesn't come cheap, due to its location and lack of options for transportation and accommodation.

Yet, even though it can be pricy, there are some ways to save on a safari like driving yourself, visiting in the low season, and adventurously pitching your own tent at a campground like Beho Beho Bridge. 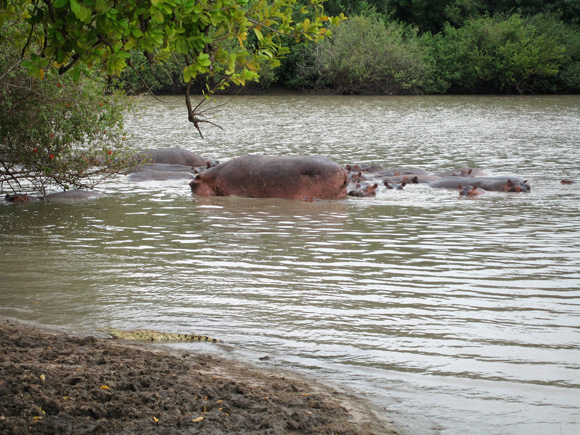 After arriving in the late afternoon we got settled in our tented camp located on the banks of the mighty Rufiji River.

Rivers in Africa are different from other places in the world. You don't just take a quick dip in the water.

A leisurely swim in a river could make you the next snack for a hippo or crocodile.

We boarded a small metal boat that felt like it was made of tin foil and set off to view the gorgeous sunset from the middle of the Rufiji.

In the distance, I could see air bubbles rising to the surface of the water from hippos. And the guide pointed out a few crocs basking in the final evening rays of the sun.

Before getting into the boat, I had already known that the roly-poly hippopotamus was one of the biggest human killers in Africa.

Play it wrong, and a hippo can effortlessly capsize your boat. 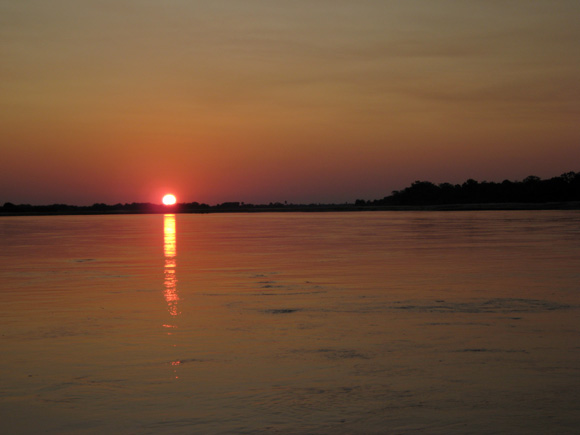 Sunset over the Rufiji River

While we gazed into the unadulterated sunset, all of a sudden the guide jumped, and frantically powered up the tiny outboard motor. There was a territorial hippo bull on our trail.

I started to sweat, contemplating what we would do if a giant beast came up in the middle of our boat and tossed us to our death in the swirling, muddy, hippo-infested waters.

I could see the boat driver panting, but covering it up with a cool smile.

He drove the boat in a zigzag, reassuring me that hippos get confused by the random motions.

After escaping the adrenaline-filled hippo boat ride, I was happy to be back on solid ground. 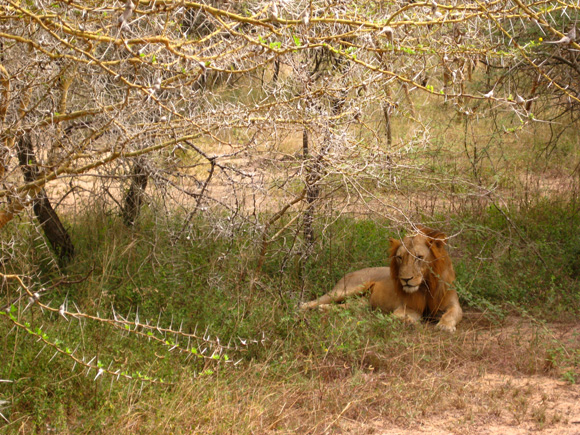 Lion sitting under an acacia tree

We spent the next day cruising around the park, seeing an abundance of wildlife, without being surrounded by other tourists (as is the case in Serengeti).

We had the privilege of seeing lions, giraffes, elephants, and buffalo's up close and personal; views that allowed us to look into their eyes, and even see the twitching of their skin.

Here are a few facts about the Selous Game Reserve

If you ever have a chance to visit Tanzania, a safari to Selous is an adventure that is worth the effort!

Really stunning session!I dream to visit some part of Africa.

Are there many bicycle lovers in Africa? I guess it is dangerous to bike there ... wild animals...

Are there many bicycle lovers in Africa? I guess it is dangerous to bike there ... wild animals...

what a great place to explore, Mark... Please come again to Indonesia...:)

I'd love to return to Indonesia, I had an amazing time when I was there last, and there are so many places I would love to visit!

I'd love to return to Indonesia, I had an amazing time when I was there last, and there are so many places I would love to visit!