Shimla is not only the perfect retreat from the hustle and bustle of India's many metro centers and tourist hot spots, it’s also an escape from the insufferable heat of the plains. Since 1819, when it was rediscovered by the British, it has been touted as a prime summer getaway.  With its cool mountain breeze, hills blanketed by thick pine trees, and a town center dotted with crumbling colonial charm, it's not hard to imagine why. The people are friendly, the vultures are few, and the surrounding landscape is breathtaking.

Shimla is a hill station, meaning that instead of being situated at the base of the mountain or in a valley, it is carved into the mountaintop. You can appreciate the sheer altitude with just one short stroll so arrange for a hotel that’s closer to the bus station. When exploring “the mall” (otherwise known as Shimla’s main street), however, get ready to walk because vehicles are prohibited. Although Shimla can be a physically draining place, you’ll also find that things here move at a slow and pleasant pace. Stores and shops sleep in too, and so will you. 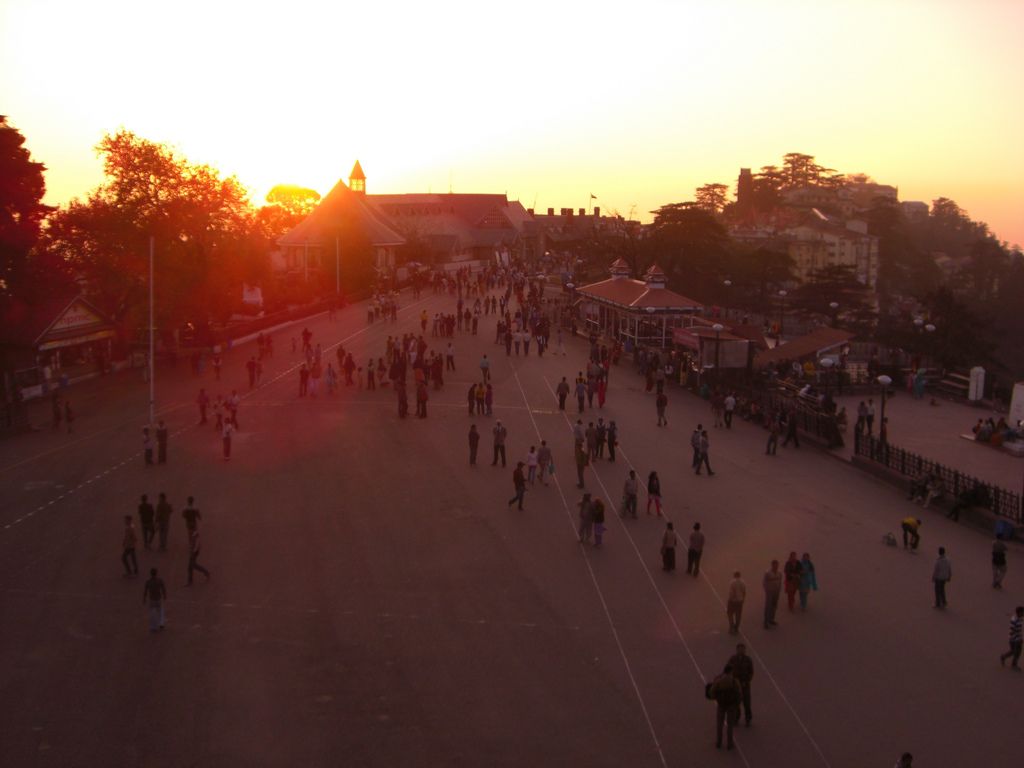 The Shimla Mall at sundown

On my last visit there, I picked up a copy of Ernest Hemingway's ‘The Old Man and the Sea' at a local bookstore for about 50 cents. I was ecstatic, having wanted to read this story for a very long time. So instead of a gloomy bar stifled with smoke, as Hemingway himself would have frequented, I found an open-air rooftop bar with mountain views and clean, fresh air to read. I sat in a corner booth, ordered a beer with chaser, and let the long awaited journey begin. But then, as I had barely got into the 85th day of Santiago's unlucky streak, I was set upon by two animated youths.

“Awes-trey-lee-HAH?” they inquired, loudly enough to stir a grumpy bar dweller by the restroom.

“Yes,” I admitted. What happened next was strange, as the taller of the two looked left and right, as if watching a tennis match only he could see, before letting out an almighty bellow.

It was clear that he had learned the name of the Australian Cricket Captain from the commentators that are so popular in this part of the world. They sound and act in an exaggerated manner, much like a televangelist would, which should come as no surprise as this is India, and thus, cricket is religion.

At this point in time, I had been in India for over 6 weeks and was getting used to friendly locals in search of free beers (a particularly common scam in Varanasi). These two were refreshingly unique in that they not only paid for their own drinks but they also covered mine, in addition to a couple of snacks. “Please,” one of the pair named Deepak said. ”You are our friend, very good friend. It is a gift to you.” As he said it, he rolled his head from side to side as a smile spread across his face. It was the classic Indian head wobble, another characteristic I’d become accustomed to. 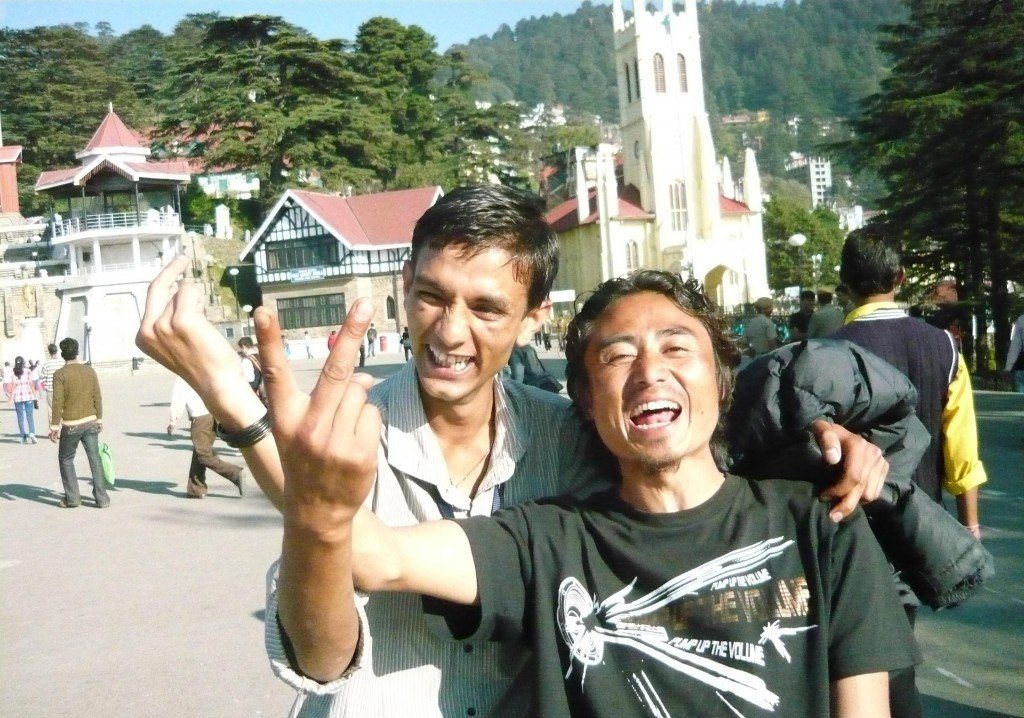 While it may feel like a world away from hectic big city life, hot dusty plains, and the Hindu heartbeat of Uttar Pradesh, Shimla is still very much India. A part of India that is clean, safe, ridiculously picturesque and a welcome retreat for many chaos and clutter weary ex-pats who've come to call the subcontinent home.

About the Author: Robert J. Fry is a recent graduate and penniless travel writer. He enjoys bumming around, the hobo lifestyle and Grateful Dead t-shirts. He has been described as reckless, foolish and absurd – often in one sentence (like this one). Follow his progress at his personal blog, Global Drifter.

'As he said it, he rolled his head from side to side as a smile was spread across smile his face'

'These two were a refreshingly unique'

Appreciate the corrections - thanks.