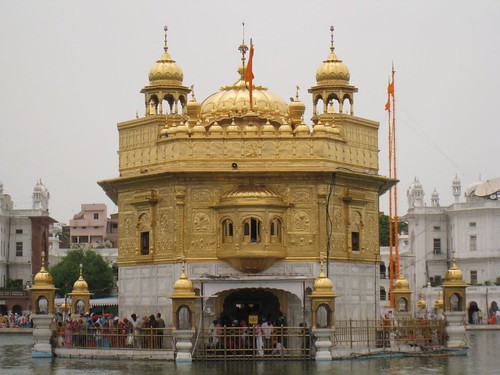 The reason I made the torturous move to wake up at 4am to catch the direct bus to Amritsar was so I could see Sikhism's holiest temple AND the India-Pakistan border ceremony in one day. Really, it was the latter event which captivated my curiosity, though once I saw the Golden Temple, I realized it was worth the trip on its own. 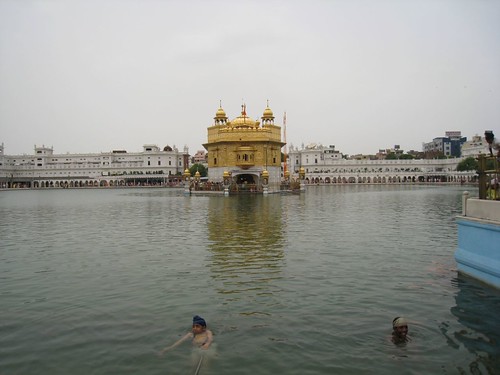 After finding a well-located hotel for the night, I made the short walk over to The Golden Temple. Everyone was required to remove their shoes, walk through water to clean their feet, and wear something over their head before entering the complex. The area and buildings around the temple were much bigger, and the temple itself smaller, than I expected. Photos can be great motivators, yet they often do little justice to giving you a sense of scale. 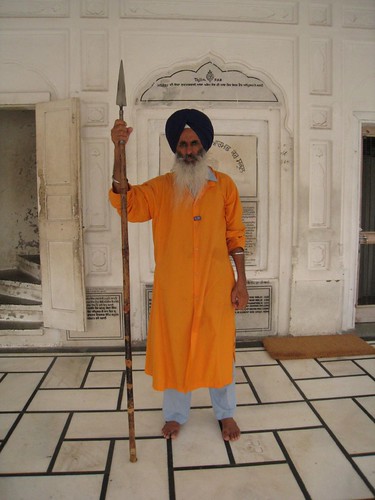 Purple-turbaned men with spears walked around the perimeter, making for the coolest security guards I'd ever seen. The sun and heat were intense, yet the white marble floors were not overbearing. I walked in a few surrounding buildings which housed important religious items. The line to actually enter the temple was far too long for this tourist to bear. 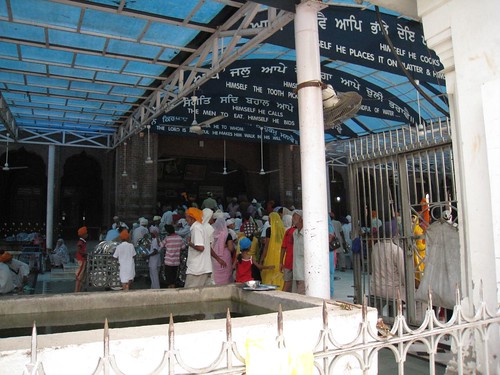 A common feature of Sikh temples is a communal dining area where free meals are served to guests, regardless of their religious persuasion. Given the Golden Temple attracts pilgrims from around the world, their dining hall was quite busy. Thousands of metal thali platters being cleaned and carted around made for a rather distinct background noise. Again, I didn't have the energy to brave the crowd and heat for a meal I wouldn't really enjoy. 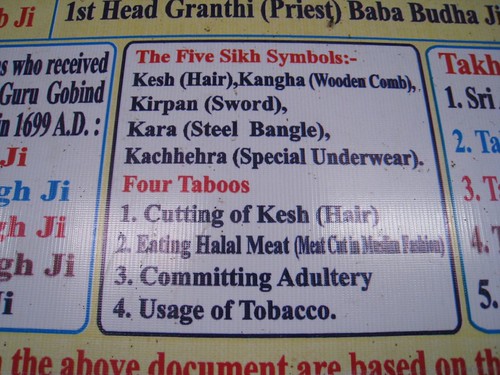 Instead, I devoured paneer butter masala (cottage cheese in gravy) and butter naan at a restaurant near my hotel after arranging an air-conditioned share taxi to the border ceremony a few hours later.