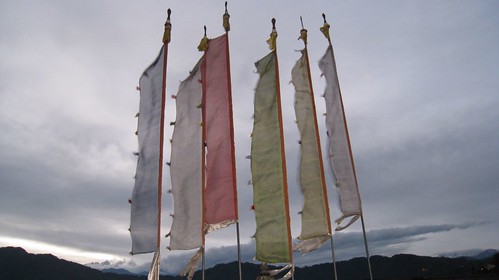 Sarah is traveling around the world as I am, and her time in Asia was wrapping up in Darjeeling while I was ready to bust up to Sikkim for closer Himalayan views. Cameron would stay with Sarah through her last night, while Natalie joined me in a share jeep a day earlier for the four-hour mountainous drive to Sikkim's capital, Gangtok.

We occupied the back seat of the jeep, though it wasn't overly crowded. After a few hours, we made our first stop, which lasted thirty minutes. Oddly, it seemed to be more for the purpose of washing the jeep then allowing the passengers some rest. 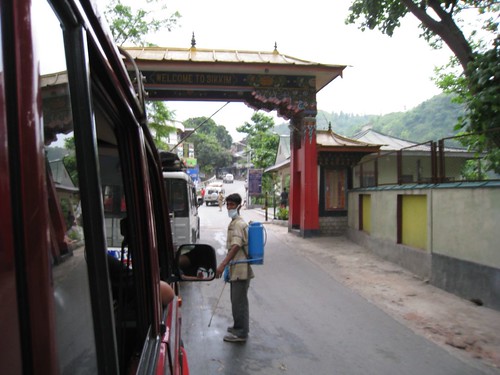 Once on the road again, we reached the border between West Bengal and Sikkim just as it began to rain. It was the first time I've had to cross an official border within a single country. Natalie and I hopped out of the jeep which was sprayed with a chemical, and stopped into the foreigner's office to show our passports and permits.

As we continued to drive, Natalie would doze off listening to her Ipod while I was confounded by road signs bearing the acronym BRO. The signs had the air of propaganda, and seemed to be centered around roads and driving safety. Later, I would find out BRO is short for Border Roads Organization. 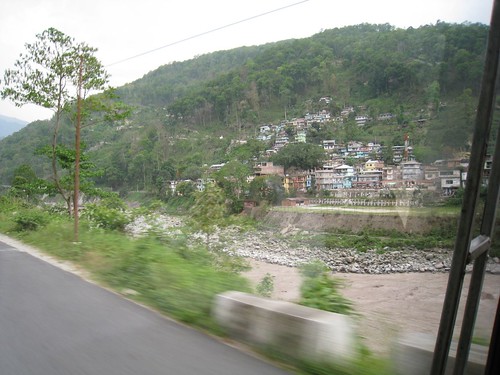 We arrived in Gangtok around 6pm. After a quick look at some dreary rooms on Tibet Road (historically, part of the trade route which literally lead north to Tibet), we settled on The New Modern Central Lodge which had a ground floor restaurant perfect for meeting other backpackers (just like The Lonely Planet said, of course). Unfortunately, our room had no windows, though at $3.75 a night (split between two people), it was hard to complain. On the way to drop off some laundry, we caught a glimpse of Mt. Kanchengjunga at sunset. 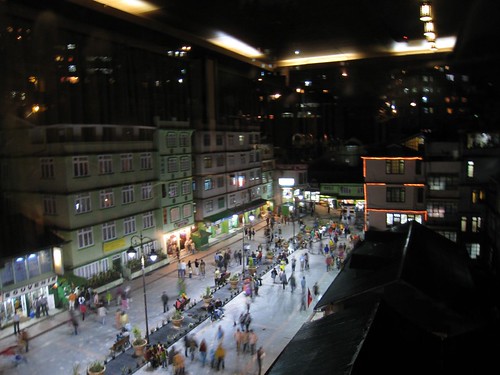 We grabbed dinner in a hotel restaurant overlooking the main pedestrian mall which was filled with Indian tourists strolling around in the cool evening.