South Africa is not typically considered one of the hot spots for backpackers or tourists, but the country has a lot to offer travelers.

With the World Cup buzz echoing across the planet, South Africa is center stage. As a keen traveler, you may be wondering if South Africa is somewhere for you to visit and how World Cup visitors are finding this uncommon tourist destination.

A few years back, I actually visited South Africa and had a brilliant time there, touring from Johannesburg to Cape Town over several weeks. 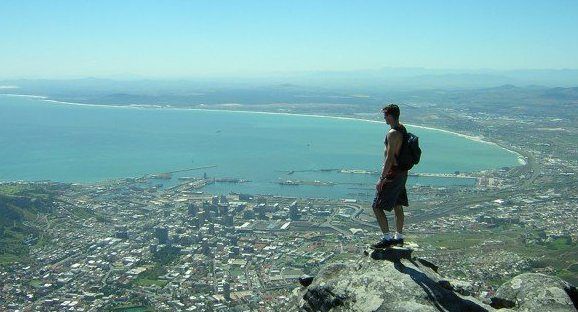 Looking out over Cape Town from Table Mountain.

South Africa is a country that has struggled with a tough image of high crime, which unfortunately is well deserved.

A few minutes in a major South African city and the signs of high crime are given away by the high security throughout.

Private armed guards outside hostels and hotels and tall walls topped with spikes are a common sight.

A friend of mine who emigrated from South Africa told me that some cars are booby-trapped with flame throwers. I don't know if that is true, but it would not surprise me.

With South Africa in the spotlight, the government has been working hard to minimize crime and look after tourists in the hope of extending the countries tourist industry.

That does not stop the rarer horror stories from getting attention in the news.

The South African government invested roughly R40bn (about $5 billion). Still, it has been estimated that the tourist injection of cash would only mount up to 8.8 billion rands ($1.1 billion), according to a new report from Grant Thornton consultancy.

However, it is not uncommon for any country to lose money from hosting a sporting event, but that has not stopped the local government from being optimistic.

Due to the recession and possibly a fear of crime, local experts have lowered their initial expectations of visitors from 450,000 to 300,000 over the four-week period.

Word of mouth from World Cup tourists will be a powerful factor in deciding whether South Africa's tourism will increase soon. 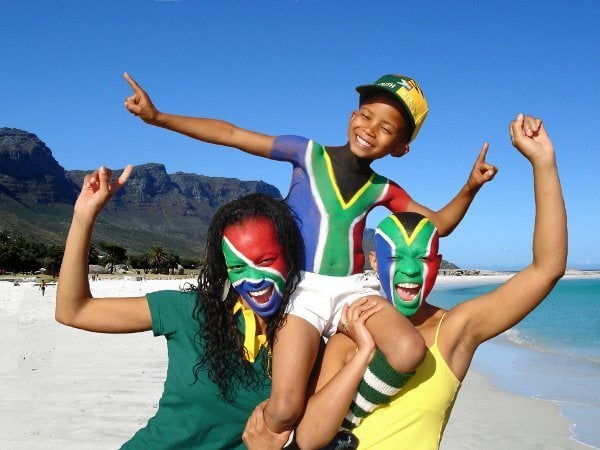 As is often the case with a country with a tough history of struggles, the pride, and energy of its people heightens.

South Africa is keen to be seen as a brilliant nation, and if you want to get a feel for that in Hollywood style, I recommend you watch the film Invictus.

As the most popular sport on Earth reaches its pinnacle World Cup conclusion, the energy in South Africa right now is both tense, joyous, and ecstatic. If you want to catch the final match online, you can watch it here.

With a few hundred thousand foreigners hitting South Africa during the World Cup matches, many will be experiencing South Africa for the first time. Many tourist services, from hotels to tours, are bustling, probably busier than ever.

There's no surprise the sex trade is also seeing a boom. 160,000 condoms have been distributed to Cape Town alone during the World Cup period by Cape Town Tourism. AIDS is still a serious problem in South Africa, so if you do visit, be careful.

It is certainly a great time to visit South Africa, but if you have not visited during the World Cup and your taste buds have been beckoned by the South African flavor, let me give you a quick overview…

Hostels: Hostels in South Africa are pretty cheap, with most being between $10-$20 per night. Although a little bit more expensive than they were a few years ago, the strong dollar is definitely helping keep prices down.

Overall, the hostels are of excellent quality, especially outside the cities, and some can be a unique experience.

In one hostel, wild monkeys would occasionally be found running across the wooden beams in the roof of your room!

Travel: There's only one way to tour around South Africa for backpackers, and that is the Baz Bus. The price is higher than other local transport, but it is made up in flexibility and experience.

Get off at any of the many Baz Bus stops throughout South Africa, and get back on and continue your journey when you are ready.

The best part of this is you will find yourself making friends along the way, and given the flexibility of traveling on the Baz Bus, you'll likely find yourself in a big friendly group of backpackers.

With a bus picking you up at the door of the hostel, and so many attractive gifts available along the way, you will want to make sure you don't get tempted to accidentally go overweight with your luggage.

I suggest this little travel weighing scale to know how much you can fit in your case for your onward flight.

Consider taking a lightweight shrinkable towel, too, as many hostels provide towels now, and your own big towel can take up a lot of space and weight.

Crime: This is another reason to use the Baz Bus, it is safer, and you'll find yourself befriended in a large group, and there is safety in numbers.

If you walk around, especially in the cities, I recommend walking around in groups of three or more or at least two, never alone.

Speak to the hostel owners to find out where it is safe and where it is not and follow the normal safety procedures like not showing off expensive belongings and never carrying too much money.

Wear shoes when you can instead of flip-flops. You will want the option to run if you have to. Crime is high in South Africa, but most tourists never run into trouble. Just be careful and be aware. 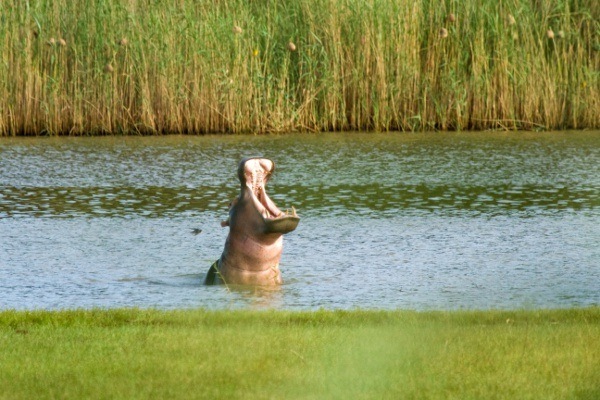 Destinations: South Africa has so much to offer, and every place brings a new experience, and more often than not, incredible natural views.

Inside the cities, there is an abundance of tours highlighting the interesting but troubled history of the country and guided tours of slums and orphanages for those who want to see something more real.

Table Mountain in Cape Town is a must-see and will only take about an hour to climb with breathtaking views at the top.

You also shouldn't visit South Africa without experiencing a Safari. You can expect to see Crocodiles, Giraffes, Lions, Hippos, and much more on any Safari tour around Johannesburg.

I recommended stopping off at Swaziland, a small country within South Africa on the Baz Bus route.

It is a developing country, and the people have a life expectancy of only about 40 years, but they were the happiest and welcoming people I have ever met.

St. Lucia (not to be confused with the island St. Lucia) is a hidden gem in South Africa. Not too far from the beach, close to an estuary abundant with wildlife from hippos to zebras, and a generally chilled out and relaxed atmosphere among the locals, this was one of my favorite stops.

About the Author: Chris Tew runs a blog network and spends much of his time traveling the world. You can catch his thoughts on location independent living at BankableTravel.com or follow him on Twitter.

After taking the stage at the FIFA World Cup opening ceremony in Johannesburg, SA last summer, 2010, he expanded his audience and fan-base. ...

ndia and South Africa probably are the standout teams. "Pakistan and New Zealand are never too far away in ICCevents. Sri Lanka, in these conditions,

I find myself coming to your blog more and more often to the point where my visits are almost daily now!

I know this really is seriously boring and you might be skipping towards the next comment, but I just wanted to throw you a big thanks - you cleared up some things for me!