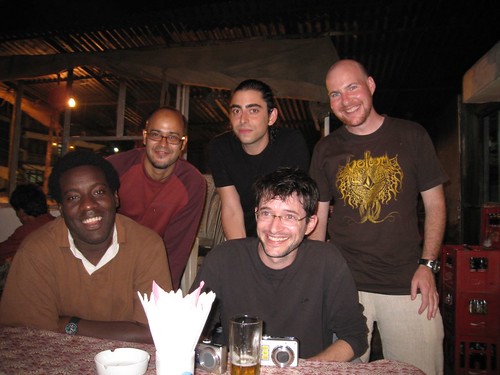 I was tempted to leave McLeod Ganj a day or two before Steve's 27th birthday, but it seemed silly to not stick around to help him celebrate it.  When my 32nd birthday rolls around in September, I hope to have a few travel buddies with whom to hang out. 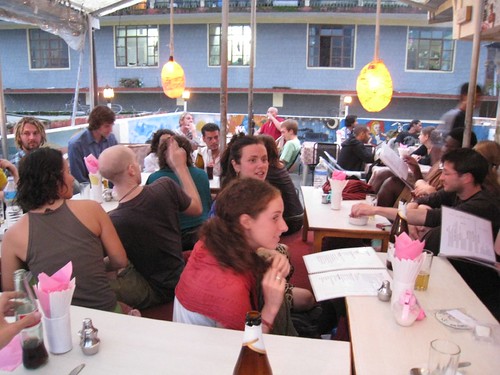 We ordered dinner and a few Kingfisher beers while chilling on the roof of Carpe Diem.  The whole gang was there, or at least the gang of people I came to know during my time in town.  Mostly though, I saw it as my last night with Steve and Marie, though Steve was planning to head to Thailand just a few weeks after me. 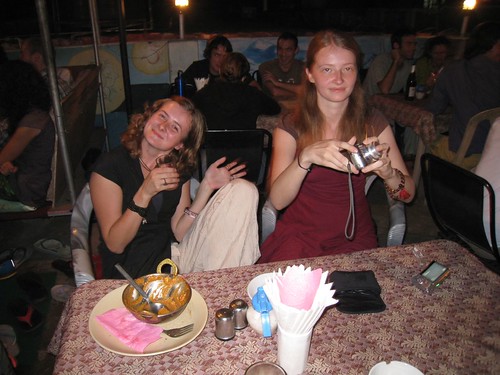 Anastasia had amazing taste in cake-selection, picking out an entire chocolate mousse from a great Italian restaurant where I ate previously ate twice (getting sinful chocolate desserts both times). 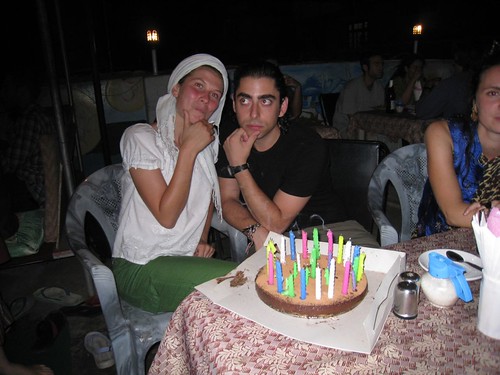 My plan was to stay up all night so I could ensure I caught the 5am direct (local) bus to Amritsar.  Based on my all-nighters in Christchurch and China before leaving those countries, I felt confident in this plan.  Unfortunately, I realized such a strategy doesn't work as well when taking a 6-hour bus in India.  The Russia-Spain Euro 2008 semifinal match at 12am did less to keep me up then I expected.  I drifted in and out of sleep until 4am when I received a wake-up call.

I walked through the quiet streets, passing cows and dogs in the shadows, until I found a drowsy taxi driver to take me 30-minutes downhill to the bus stand in Dharamsala.  The bus left on time, winding it's way down to an elevation of just a few hundred meters.  It began to rain, resulting in all the windows being closed.  Lacking a flow of fresh air, I felt increasingly nauseous, wondering whether I made a mistake in trying to leave so early.  Luckily, despite a full bus at times, no one seemed to want the damp window seat next to me. 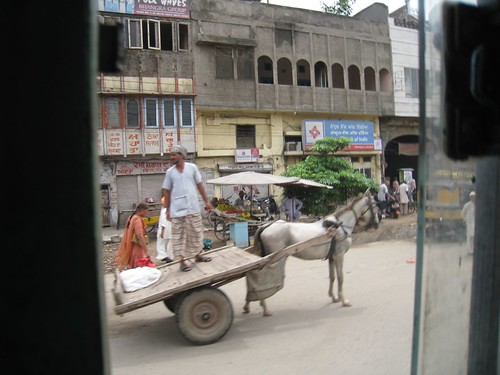 Around Pathankot, the halfway point of our journey, the road straightened out and I began to feel better, even excited to be on the move again.  The times when I'm in transit are when I feel the greatest sense of freedom.  Recollections of the recent past mix with excitement for  what lays ahead.