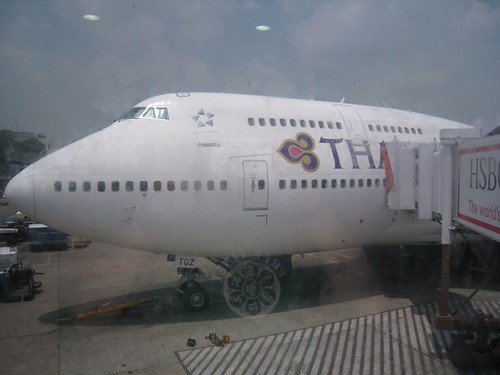 My flight from Delhi to Bangkok was my 11th in 7 months so it seems fitting that I received the best service to-date after paying my dues to the air gods.

The plane was my biggest of the trip, a Boeing 747 jumbo jet. I always loved the second level afforded to passengers on these planes, not that I'd ever spent time up there. Walking back to my requested window seat, which sat in the middle of the plane's gigantic wing (and thus affording little in the way of a view), my eyes lit up at all the space in cabin, especially the width of the seats and legroom. 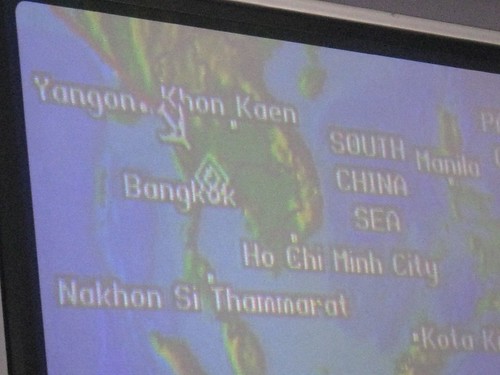 I settled into my seat, thankful to yet again have no one sitting directly adjacent to me I began leafing through the airline's in-flight magazine, Sawasdee. In celebration of their 48th year in operation, a feature article was dedicated to listing the ” 48 most beautiful destinations across the globe.”? Curious to see how I stacked up to the editors' list, I started checking off destinations I'd seen in life. Thanks to a family vacation (Grand Canyon), a post-collegiate summer in Europe (Sistine Chapel, Prague) and this trip (Taj Mahal, Fraser Island, The Remarkables, Golden Temple, Himalaya, Kathmandu Valley, Great Barrier Reef), I'd managed to see 35% of their list (with the hope of upping it to 58% by year's end). Of course it dawned on me that many of these places likely lie on a THAI Airways route, however it was still a fun exercise for my ego.

When I realized my earphones were broken while waiting at the Delhi airport, I felt annoyed at having to buy a third pair in less than two months, let alone spending the flight without my favorite tunes. THAI Airways solved the problem in the form of free ear bud headphones. Like the previous two cheap pairs I bought in India, they were far from the best, but I wasn't about to look a gift horse in the mouth. 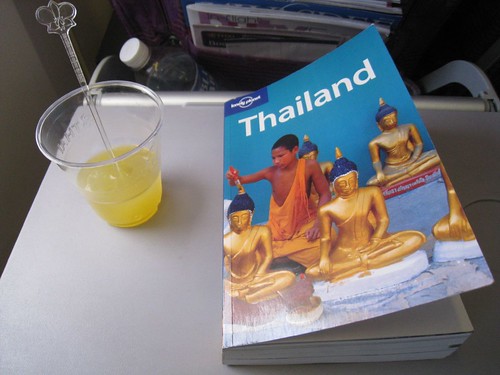 Our 747 was airborne before I knew it, and complimentary drinks were being offered. I decided to take advantage of this arcane concept by imbibing two screwdrivers with my tasty chicken and rice lunch. Feeling on top of the world, and being there physically at 40,000 feet, I made productive use of the travel time (and lack of view) by writing about my final days in India.