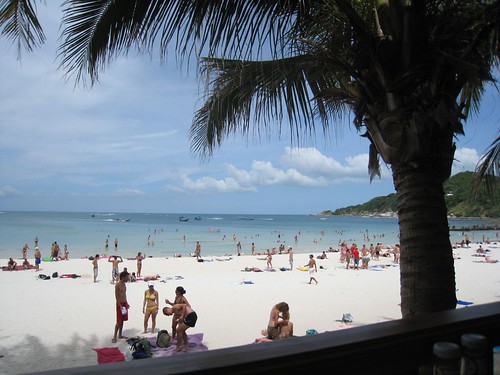 July's Full Moon Party was scheduled two days after the true full moon due do a Buddhist holiday. It wasn't until sunset, when I was enjoying my first beer of the day at The Mountain Bar, that I learned there would be no music on Haad Rin's beach that night. 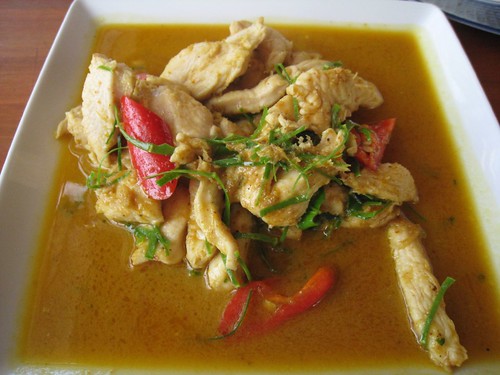 Earlier, I grabbed a tasty lunch of panang curry with chicken and rice at a restaurant overlooking the beach. Every day, more and more people were arriving in hedonistic anticipation of the legendary party. 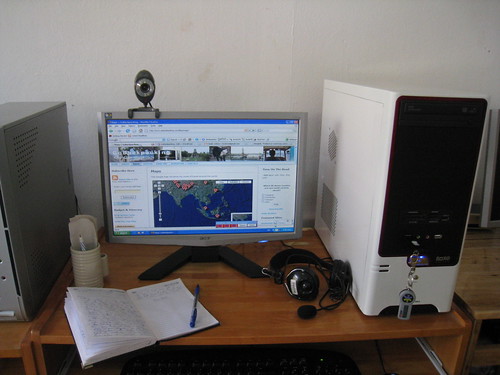 Being a vampire, I spent little of my afternoons in direct sunlight. The heat gave me the perfect excuse to spend too much money at internet cafes which were air-conditioned. As a blogger, I continue to appreciate the Thai's investment in large, quality monitors for their patrons.

A WiFi card I had bought for use with my laptop became worthless after a power surge shot electric sparks from my AC adapter. At least this second time it has broken, I know the problem and am in a country where I should be able to get a replacement. Unfortunately, I don't expect to be back in Bangkok for another 4-5 weeks, so the laptop has become 1kg of dead weight (like my whole time in Nepal). 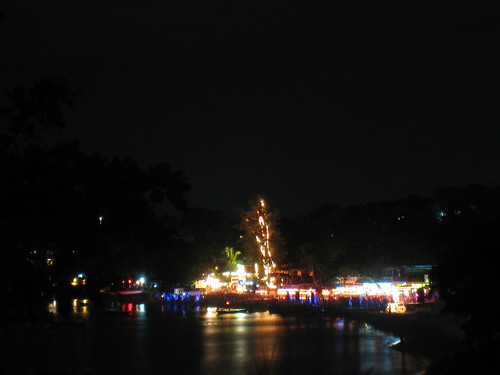 I made good use of the rare quiet night on Haad Rin by getting a front row seat for a screening of The Beach at dinner. Ideally, I wanted to wait until I was on Ko Phi Phi, but then again, I read the book in Kathmandu of all places.