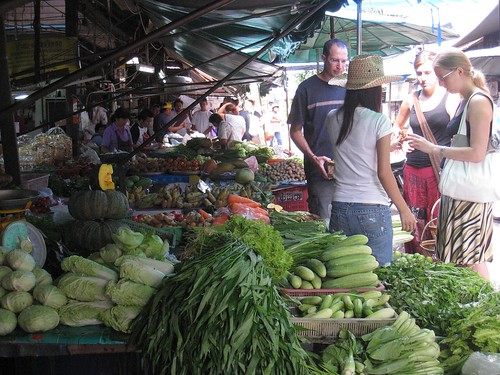 I purposefully skipped the numerous opportunities to take a Thai cooking class in the islands so I could take one in Chiang Mai, and there were no shortage to choose from. Some were located on organic farms a short drive outside the city, while others were easily within walking distance of the main tourist area in the old city. Prices were all the same, so the only other variables were slight differences in the dishes you could choose to cook and the image presented by the brochures. 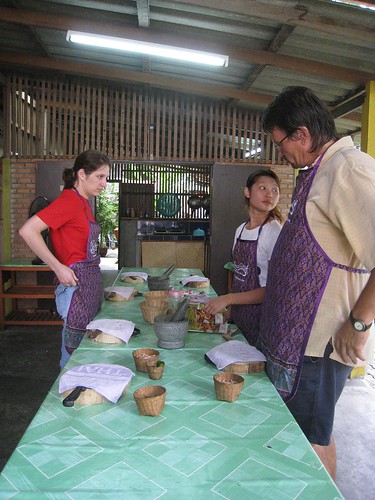 I opted for an old city school housed in a 100-year old teak building. All of the classes convene at the same market for a brief introduction to the most common vegetables, curry pastes and tofu used in Thai cooking. Spotting the chef of another popular school, I noticed he had a bigger group than mine, a good indicator he's listed in Lonely Planet!

After the market tour, we walked back to the cooking school with a few baskets of fresh ingredients, and hung out for a bit. I was happy to spend the day with a young American couple from Texas (currently living/studying in China), a very tall (and characteristically friendly) Canadian man, and a French couple. 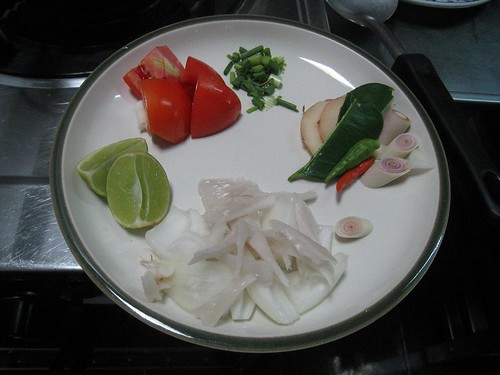 We each prepared 6 dishes from a total of 18 options. The class had a slow and relaxed pace which marked a pleasant departure from the faster-paced classes I'd taken at home with Sur La Table. We would prep the ingredients (except the chicken), cook them, and then take the finished product to the dining room. All of the locations were open air so we had plenty of room to play the role of Swedish chef. 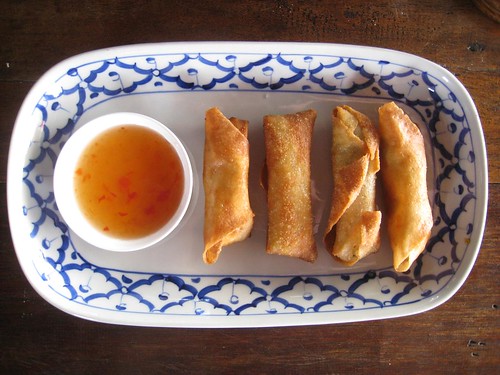 First up was the classic hot and sour prawn soup which I ate far too little of in my first two months in Thailand, followed by spring rolls. 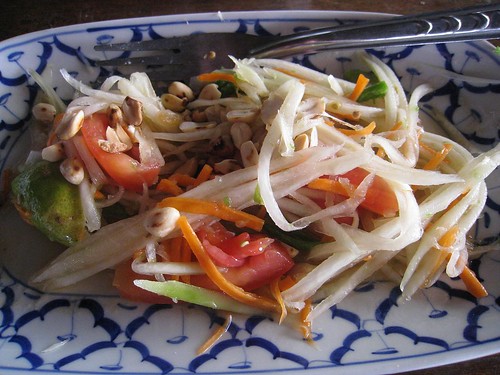 Papaya salad is another classic dish from the region, and it's the spiciest salad I've ever eaten (though the chili peppers are optional). 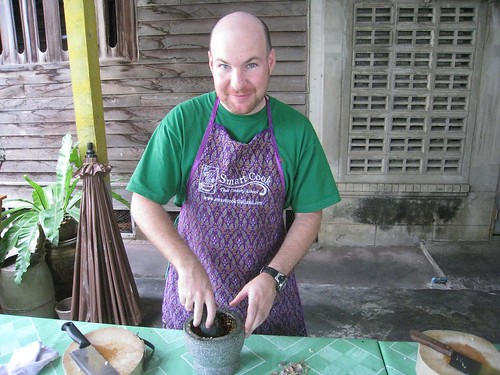 Panang curry with chicken was a dish I first tried at a Thai restaurant I'd frequent with a coworker on lunch breaks, however tasting it on Chaweng Beach in Koh Samui, I knew I had to learn to make a better version for myself. 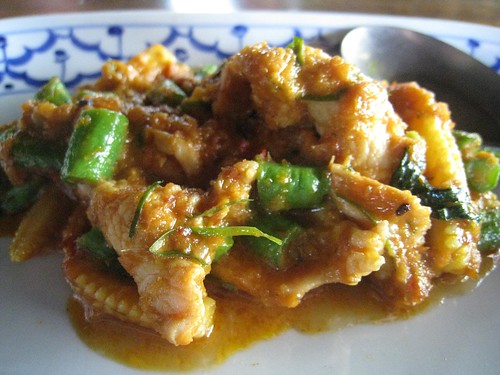 It turned out delicious, though I'm not sure how easy it will be to find tamarind sauce and palm sugar back at home. I remember looking for tamarind paste for a Thai recipe one time and not having much luck. My attempt at making the paste from the whole pods was dreadful. 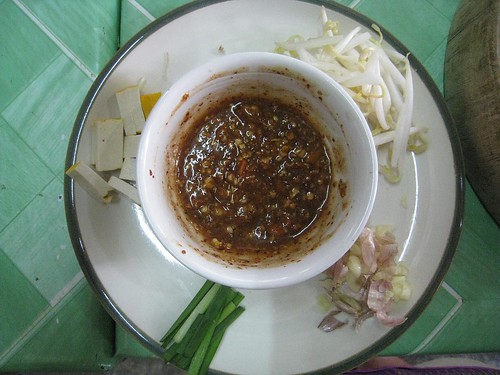 Pad thai with chicken is another dish I previously made at home, though I took a shortcut by using a Harris Teeter (grocery store) package of glass noodles and sauce. I may return to it someday, however not before ensuring I can make a mean sauce from scratch first. 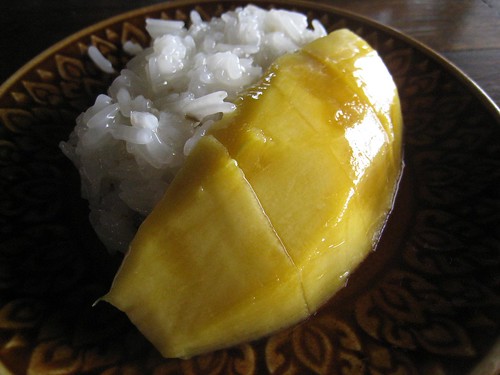 And for those who saved room for dessert, sweet sticky rice and fresh mango finished us off for good!

Hi Dave, First of all thanks for this fantastic blog, it has been the foundation of our preparations for our trip to Thailand - we're leaving tomorrow!

Perhaps I'm missing something but have you forgotten to include the name of this cookery school in Chiang Mai you're writing about in the article? Can you say what school it was? I would very much like to go to the same one. We'll be in Chiang Mai starting on 4 January, I hope you can manage to post a reply before then...

That's a classic shot of you cooking. Did you get to keep the apron? We'll be doing this in a few months so thanks for the helpful tips.

Thanks Michael, nope, didn't get to keep the apron, but we did get copies of all the recipes.

There are Thai groceries in NoVA where you can get any of this stuff. Just make sure to buy the fish sauce with five crabs on the label- there are knockoff brands with two or three crabs and they aren't as good.

Thanks for the tip!!