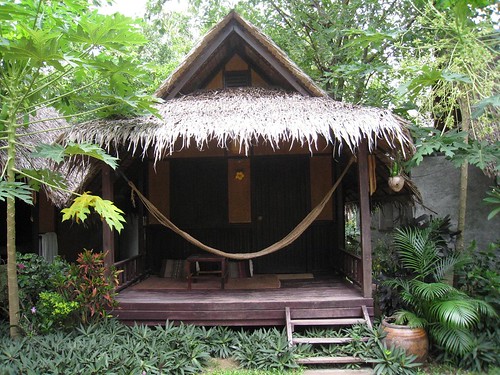 Paradise does have it's challenges, such as finding/keeping a bungalow you're satisfied with for more than 2 nights.

Night 1 – Shared bungalow with Steve in middle of beach

Night 2 – We got our own bungalows at the resort with The Beach Club restaurant where we first had dinner. I was in #5, though I had been told I'd have to move the next day due to a previous reservation for that one (from which you could see the water from the porch's hemp hammock).

Night 3 – #35, though electricity failed (spent the night with no fan because I couldn't be bothered to move so late)

Night 4- #34, the bungalow next door which I used after the previous one's power failure

Nights 5/6 – #27, a bungalow a little farther away from the stereo alarm in the form of radial saws (working on a yet-to-be opened resort of luxury villas…literally a few feet away)

Nights 7/8 – #5, persistence paid off and when this baby opened up again, after initially declining, I moved one last time to get get that swinging on a porch's hemp hammock views of the water 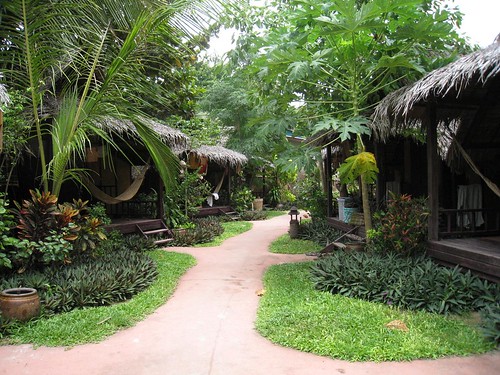 Meanwhile, Nienke (Holland) had become ill just the day after we met her. I let them my digital thermometer which confirmed a fever. She'd be in bed for the next few days. Later in the week, her friend Elizabeth seemed to come down with a similar illness. And as I write, I'm convinced I'm suffering the consequences of it too. 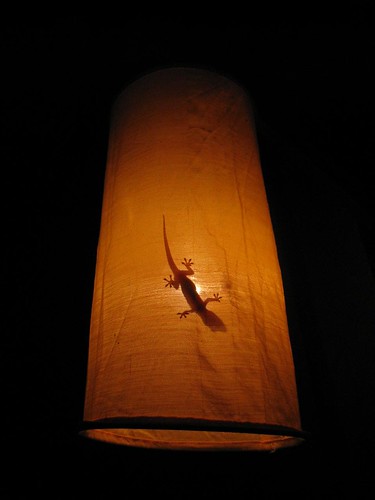 Steve kept vacillating on what he wanted to do…where he wanted to go…how long he could handle power saws waking him in the mornings. I didn't mind them too much. I considered it a small price to pay for such a beautiful, secluded beach. With the 44 luxury villas set to come on line by year's end, the beach accommodations were clearly heading upscale. Hopefully I'd be able to return there someday without breaking the bank.

After a nice 30-minute massage at a local place, I struck up a conversation with an expat who just happened to be the co-owner, along with his Thai wife.  In hopes of getting off the tourist trail, and seeking a bit of adventure, I took the opportunity to ask him for an island recommendation. They had recently vacationed on an island called Koh Phayam near the Thai-Burmese border. I filed this information away, already sure I'd be making the effort to visit when the time came to go on a visa run (a quick exit from Thailand to gain another 30 days in the country).

Ugh... bewing sick on the road is my worst fear!

Ugh... bewing sick on the road is my worst fear!

Ah, different one then...

Ah, different one then...

Neinke? Has she just been to Phi Phi? i think i may have taken her diving...if it's the same one, do say hello for me and wish her better! (and yourself, of course!)

The Nienke I met was the one in the photo on this post:

She recovered...I'm working on it!