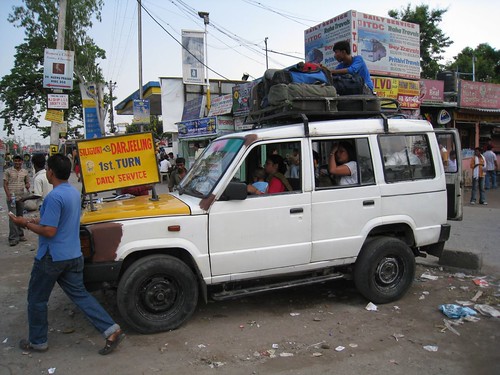 Fully loaded, my share jeep held 12 people and 1 baby. I occupied a seat in the far back, which turned out to be a blessing in disguise as it allowed me to take in the beautiful valley views as we wound our way up the rough and narrow roads. The experience of sitting in the back of a jeep filled with Indian tourists heading to the same place as me was priceless, and far more comfortable than it sounds. 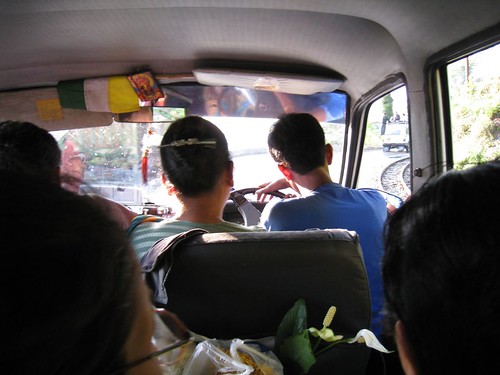 As we rose in elevation, the sun began to set. Soon we were passing plantations known for producing some of the best teas in the world! We arrived in central at , just late enough for it to be dark and cool. A guy was standing right near me when I whipped out my Lonely Planet to orient myself. The map looked like a maze of criss-crossing roads. Given the late hour, colder temperature, and higher elevation, I opted to check out the guy's hotel, even if it would cost me a bit extra. 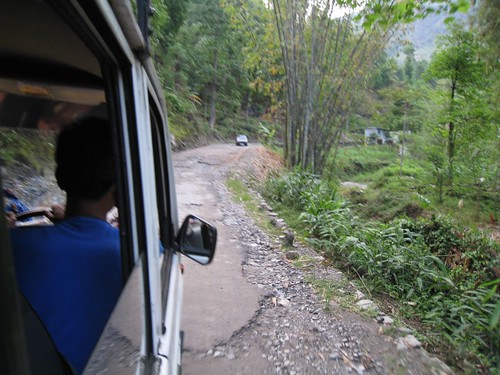 It only took a few steps up a steep gradient for me to feel the effects of the higher altitude. I was breathing harder and could feel my heart pounding. Hotel Polynia turned out to be in Lonely Planet's listing under the midrange accommodations. I had a giant room with a king size bed on the top floor, plus a private bath and plenty of western cable TV channels. 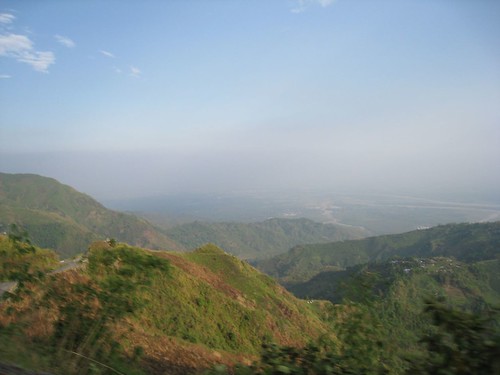 For dinner, I ordered some plain rice and a pot of tea to my room. While flipping through the channels I found both of the live (and decisive) matches for the English Premier League's 2008 season. Reception was better on the game, however it would be Manchester United's night to reign supreme. 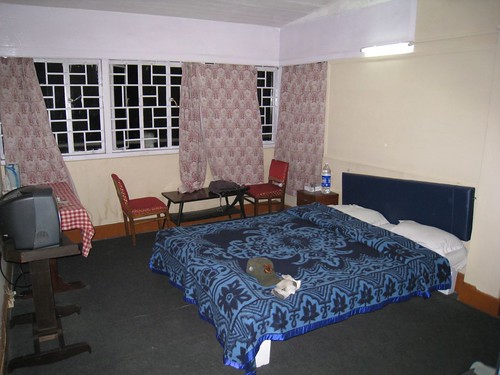 Finally, after all the stories and questions, I was in . Cold . I went to sleep under three thick blankets.