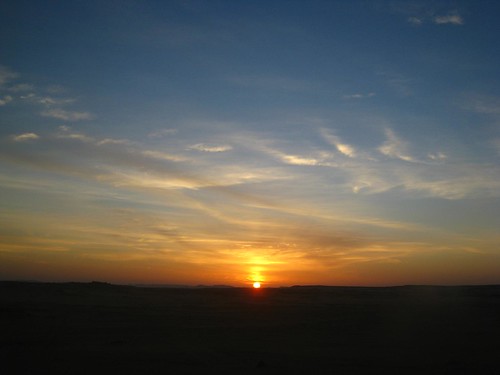 Paul Theroux doesn't make it to Abu Simbel as his flight was canceled. For a man willing to travel the decrepit back roads of Africa, it is odd that he didn't make the journey by bus.

Meanwhile, my wake-up call came earlier than expected, around 2:37am. Bleary-eyed, I make my way down to the ship's lounge for coffee and cake. We left the boat at 3:30am, driving to a security checkpoint in or near Aswan. A long convoy of buses and minivans departed ahead of us, but we sat idle, having arrived too late to join them. Instead, we are there for at least 30 minutes, speculating about why we aren't moving because no one bothered to speak with us. 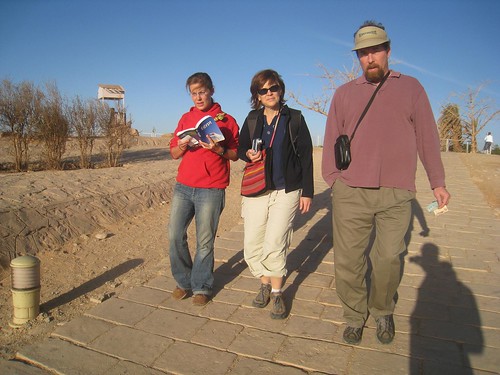 It wasn't hard to figure out the problem though. We had to await more late arrivals to make-up a long enough tourist train to be classified as a “convoy.” A few months earlier, I had read in the news that a group of German tourists on a trip off the beaten track in southwest Egypt were kidnapped, and possibly taken over the Sudanese border by their captors.

I thought we would have police cars around us, but that wasn't the case. Once the security guys gave the green light, the drivers head off for the 3 1/2 hour drive due south to Abu Simbel. At about 40km from the Sudanese border, it requires a willingness to wake up early and endure 7 hours of driving for a photo op. 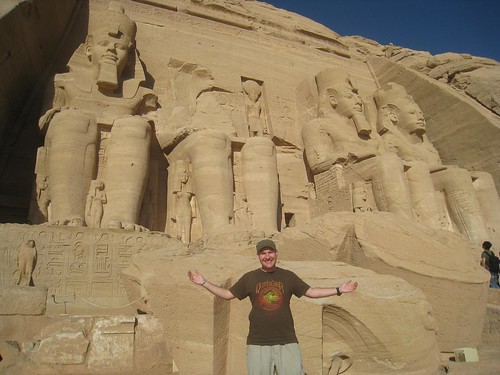 I was happy to occupy myself with photos of the sun rising over the desert, while Gary and most others tried to get some more sleep. The road was smooth, and fairly straight, so it wouldn't be hard. Upon arrival, we were given 2 1/2 hours tour the sight, which turned out to be an hour too much. Amy began to read aloud from her guidebook as we walked to the temple dedicated to Ramses II.

I got my photo, and the scene looked just like the picture in my guidebook which was the catalyst for my journey to the southernmost edge of Egypt. 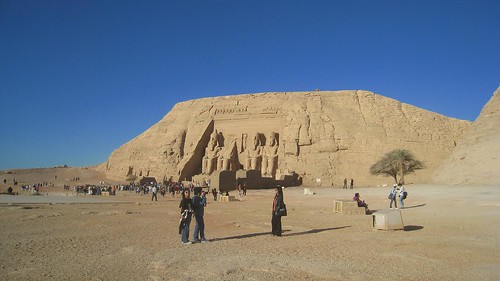 Photos may not have been allowed inside the temple, as I have none to share. It looked out over a beautiful section of Lake Nasser, the world's largest artificial lake, which was created when the High Dam was erected. 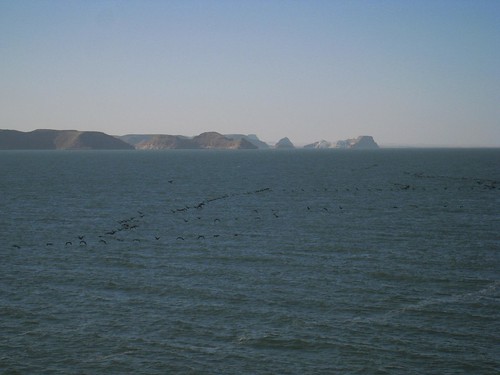 Fully awake and alert, I was able to enjoy the return drive through the desolate, sandy desert. When the driver stopped the van to check out a tire, as seems to be a popular hobby for minivan drivers, I used the opportunity to take a piss. Hardened by the necessity for roadside urination in places like Nepal, India, and Botswana, it was no longer a big deal, though being in the desert meant there were no bushes, let alone a tree, to hide behind. At least I can say I set foot on the sandy, southern desert of Egypt! 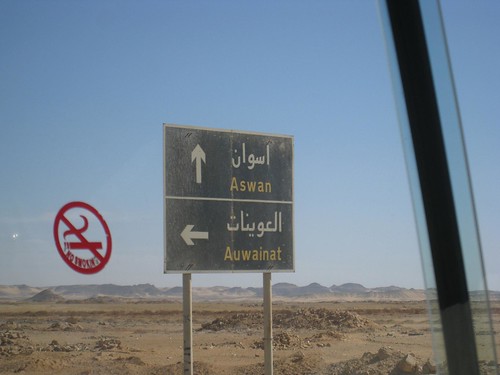 Howdy appropriate now there, I can?t entry the site properly inside of Opera, I really hope you might be going to repair this!

Stumbled into this site by chance but I'm sure glad I clicked on that link. You definitely answered all the questions I've been dying to answer for some time now. Will definitely come back for more of this. Thank you so much