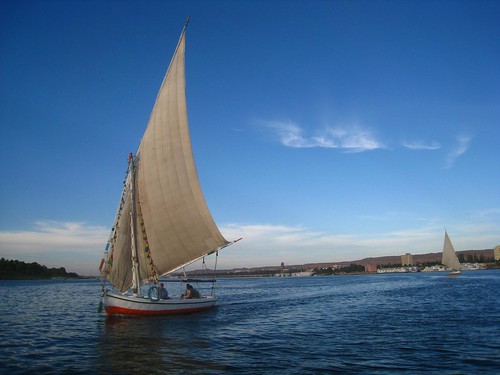 Upon our return from Abu Simbel, Gary, Darcy, Amy, Joe and I went to lunch at a floating restaurant recommended by one of the guidebooks. The prices were higher, but you couldn't beat the ambiance. The food was good too. Afterwards, we set about trying to find a fair minded felucca captain. Joe and Amy took the lead on negotiations, and after a few duds, we met a nice guy who gave us the price we wanted – about $5 total, for the five of us, for one hour. 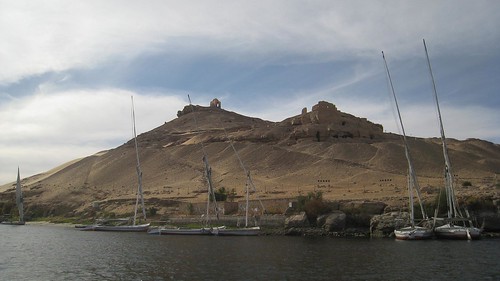 When the boat went with the current, we cruised along, and when it was time to go against the current, we zig-zagged our way back and forth across the width of the river. It was a relaxing way to end a busy three days and nights of sightseeing. I had opted to spend two additional nights in Aswan since it seemed a lot more picturesque and tranquil than Cairo. 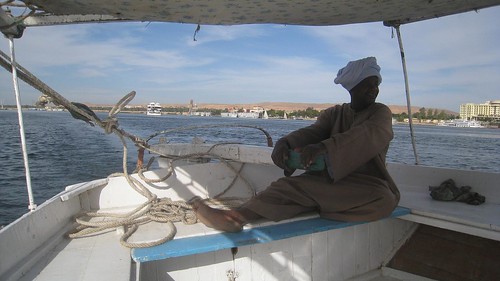 Aside from smoking sheesha, and watching Indiana Jones in my hotel room, I was excited to hire a felucca on my own for a few hours. My solo experience was not quite as pleasant as the group trip the day before. I should have made an appointment with the first captain, but I was lazy, and paid the price in the form of constant nagging for baksheesh (a tip) by the Nubian captain I hired. He had a lot of nerve bringing up money again, considering I already caved at the beginning and agreed to pay a certain amount of baksheesh on top of the price we had agreed upon. 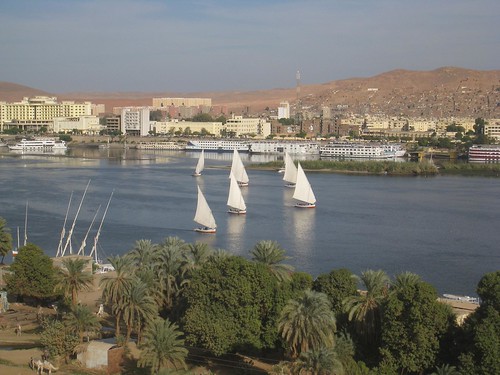 Then again, this was the same captain who had his pants up over his head, exposing his boxers, as he tried to push his boat out of a muddy embankment to get u started. Twenty minutes later, we had yet to set sail and it would've been longer if he had not obtained the help of another man nearby. Adrift on the river, he handed me the rudder to steer while he scrubbed the entire boat. I admit it didn't occur to me that when a captain advertises his boat as “clean,” it doesn't necessarily mean it is clean when you first step aboard. Taking a turn at the rudder was fun though, and when I grew tired of the responsibility, I gave it back to the real captain. 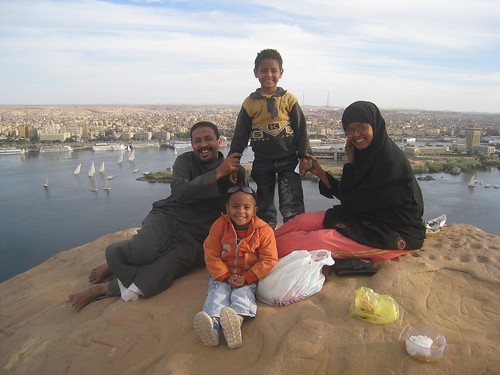 The last thing I wanted to do was let my captain off the hook without having to work the whole three hours, but I couldn't resist the temptation to climb the big sandy hill of temples and tombs that sat directly opposite Aswan along the Nile. So, I climbed up that big sandy hill in my flip flops, and was rewarded with a great view, and the offering of some food from a Nubian family enjoying a picnic. The father spoke good English, the result of his time in the tourism industry. 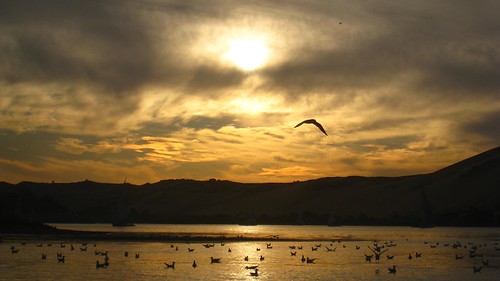