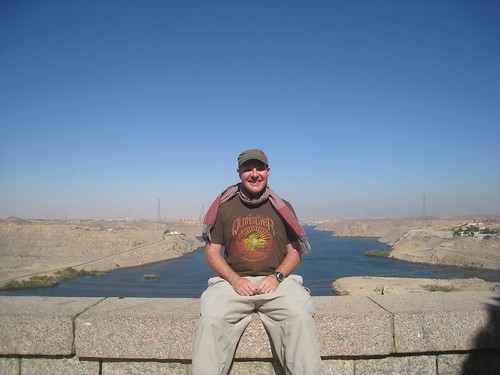 The ship was docked in Aswan when I awoke, the view of the Nile at this point being what I had always imagined. We boarded a big bus and drove over the Aswan Dam to the newer, and more grandiose, High Dam. A few photos later, we boarded the bus again, and connected with a small motorboat for the short trip to the Temple of Isis, set on a small island in Philae. The temple had been meticulously cataloged, disassembled, moved, and reassembled on higher ground due to the construction of the High Dam. I imagine it was an archaeologist's dream. 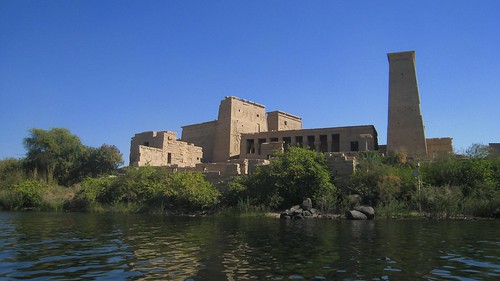 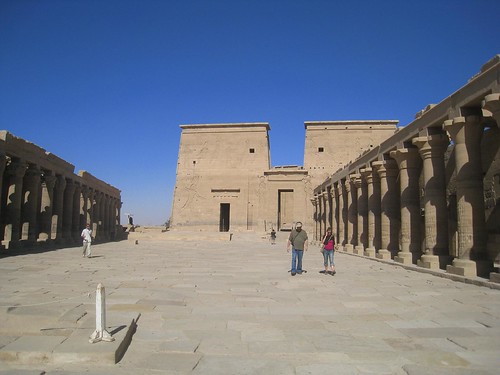 On the way back to the big ship, the bus made a mandatory stop at a perfume shop. Jim had already been to one, and it sounded novel, so I decided to go inside. He joined us as the alternative was to sit on the bus, with the air conditioning conveniently turned off. The salesman went through the motions of his pitch, allowing us to sample the different fragrances on our arms. I was more fascinated by the walls of colorful glass vessels used to hold the perfumes. 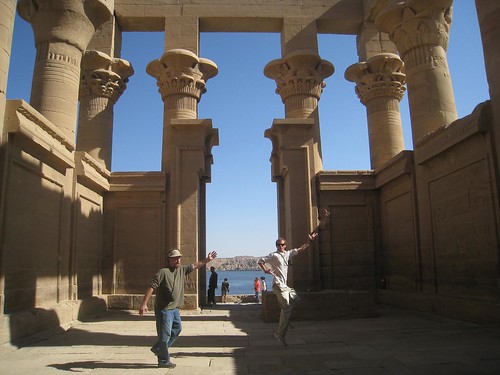 Back at the ship, we gorged ourselves on another buffet lunch, and walked into town to check e-mails, smoke some sheesha (the coffee shop was conveniently connected to the room with computers), and walk through the market. I wasn't in a shopping frame of mind, so I didn't enter into any conversations with the shopkeepers, though they were aggressive in trying to attract my business. The constant hassling reminded me of India. 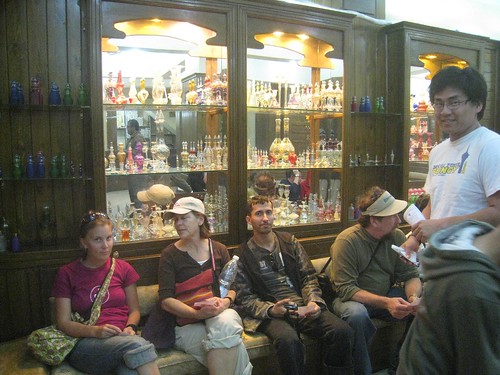 As night fell, we walked onward, almost the whole length of the market, before turning toward the river, and walking back along the main street. After dinner, my prayers were answered for some on-ship entertainment. A few different live performers took turns in the lounge – playing music, dancing, and encouraging audience participation in a weird shouting match. 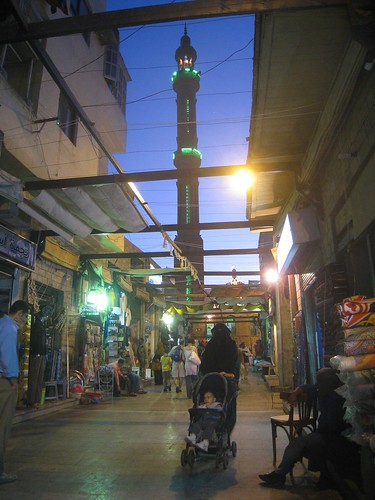