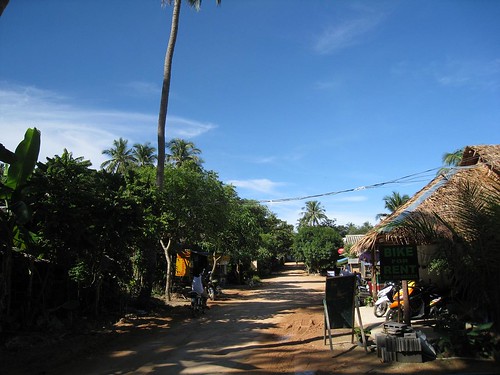 An Australian couple, Steve, and I shared a pick-up ride to Thong Nai Pan Noi, a quieter beach on Kho Phangan's northeast coast. The concrete road gave way to rutted dirt half way there.  The interior of the island was thick with jungle cover.  As we approached our destination, I was surprised and excited by just low little development was present for a beach long known to be one of the most beautiful on the island. 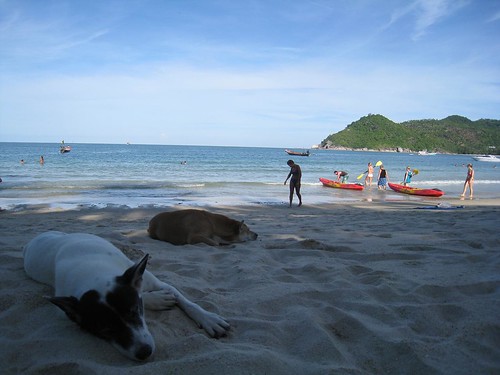 Steve and I trudged across the sand under the intense mid-afternoon sun in search of affordable bungalows. For those few minutes, sweat pouring off of us, it felt like we were walking across a desert. It was too early to comprehend and appreciate the beauty of our new environment. We ended up sharing a room for the first night. It was nice to have a roommate again, even for just one night.

Once settled, I bought a sarong for hanging out on the beach, started reading Nasty Bits, and naming the friendly beach dogs. 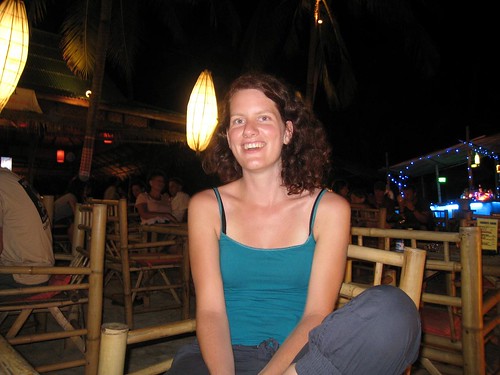 The atmosphere of the small beach reminded me of the vibe on Gili Trawangan. Excited by the opportunities a new place always presents, I took the lead on our walk down the beach in search of dinner companions. The Beach Club looked like the most popular place, and I didn't hesitate to find out if Steve and I could join two girls sitting at a table on the sand. Initially, they indicated we could have their table as they were about to leave, however we were then invited to sit with them. 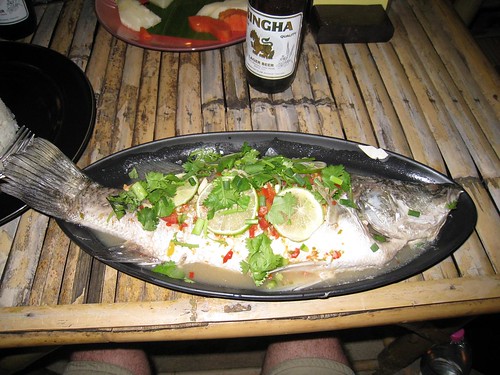 Nienke and Elizabeth were from Holland, and Steve and I got to know them as we dined on delicious whole white snappers. A large group lit lanterns all at once on the beach, and I finally had my camera with me to get some shots. These were the first I'd seen with fireworks attached to the bottom. They looked like little rockets as they shot up faster than normal. 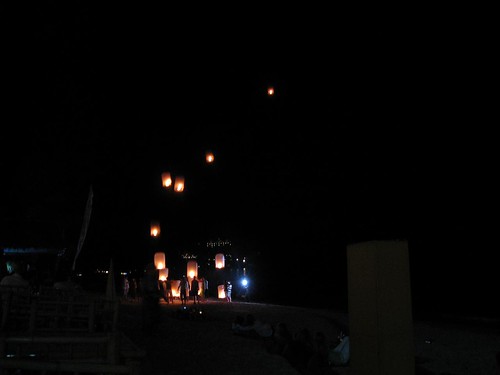 Around 10:30pm, the girls departed, and Steve indicated he was ready for bed. I, on the other hand, was happy to be sipping a second screwdriver after a few earlier Singhas. Once Steve left, I sat for a moment, and then introduced myself to two German girls who were laying on the restaurant's beach mats a little closer to the water.

Chrissy and Diana were from Frankfurt. I spoke with Chrissy for the most part (it took me far too many days to realize that it was only because Diana didn't speak much English). As we chatted, a group of guys dropped their shorts and went skinny dipping nearby. Thankfully, I could only see a bunch of white asses running into the water. The girls were going to stop by the Jungle Bar in “town” for the weekly sunrise party. When they left to freshen up at their bungalow, I lay back on the mat, eyes peering into the black sky above, for a few minutes to reflect on the present moment. 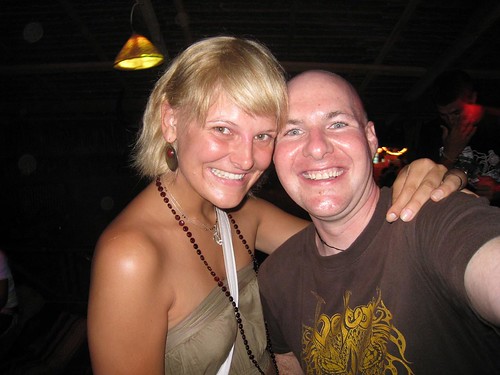 As I headed to the Jungle Bar, I passed the girls' bungalow and we walked over together (it was all of a 2-minute walk). Chrissy found a 500 Baht ($15) note at the door, and offered to buy the first round. The bar was full with people talking, drinking, and dancing under the black lights. The music was decidedly pop and rock, but I went with the flow. I even spotted a few ladyboys who I thought could help me win an outstanding $50 dare.

I bought a round as well, and we retired around 2am. During my walk back along the dark, desolate beach, I thought if there was ever a beach that called out for skinny dipping, this was the one.

So we all want to know... DID you join in on the skinny dipping once the girls were gone?? :oops:

So we all want to know... DID you join in on the skinny dipping once the girls were gone?? :oops: