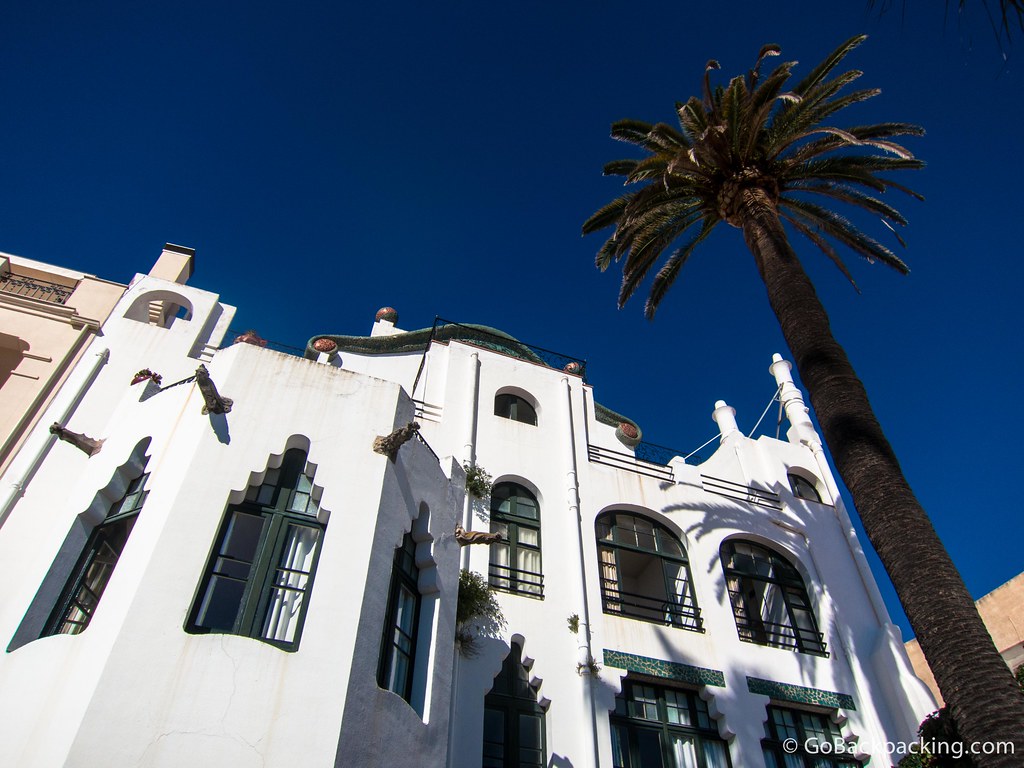 The sea-facing facade of the 100+ year old Casa Sans

[A] big part of why I flew to Spain to attend the TBEX conference last year was the location.

After the main event, I embarked on a blog trip with several others to see more of Costa Brava, the region between Barcelona and the French border.

Our first stop was Tossa de Mar, a beach town of incredible beauty, with well-preserved, 800-year old stone ramparts to add a touch of history. 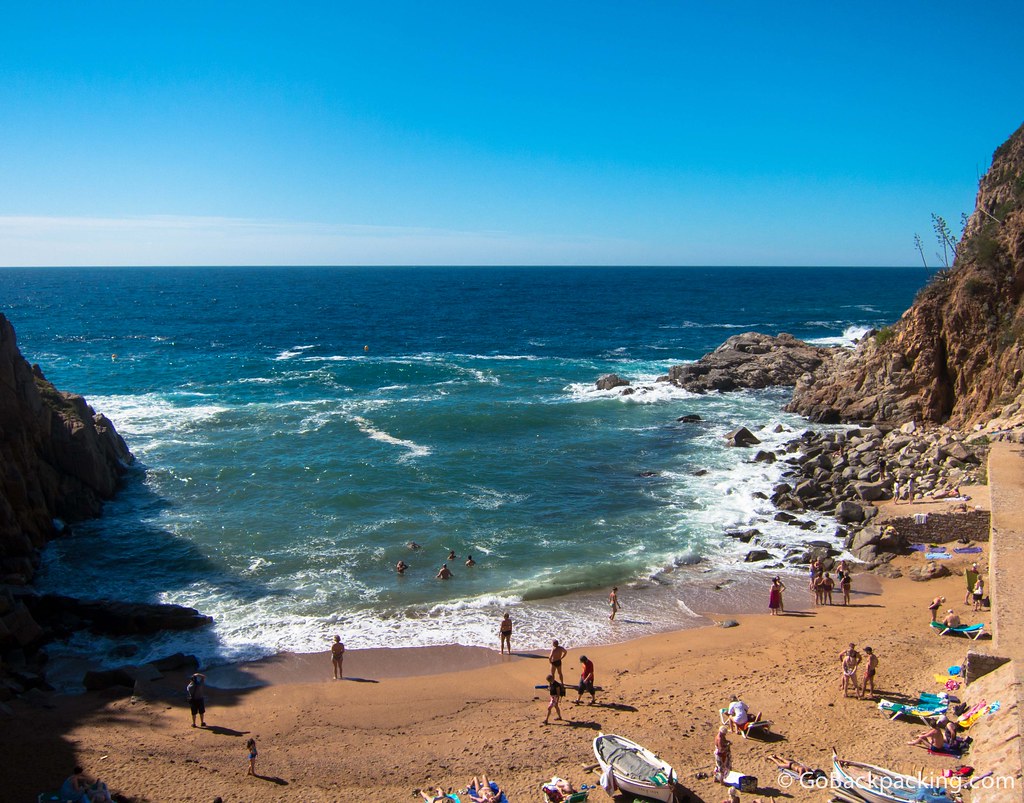 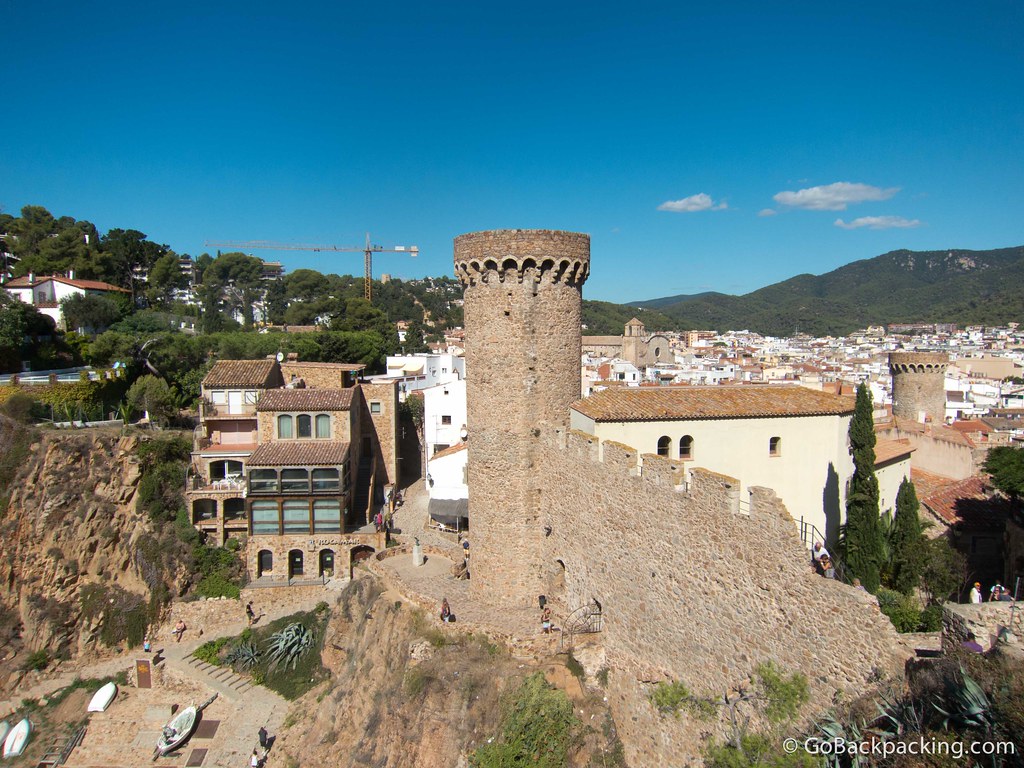 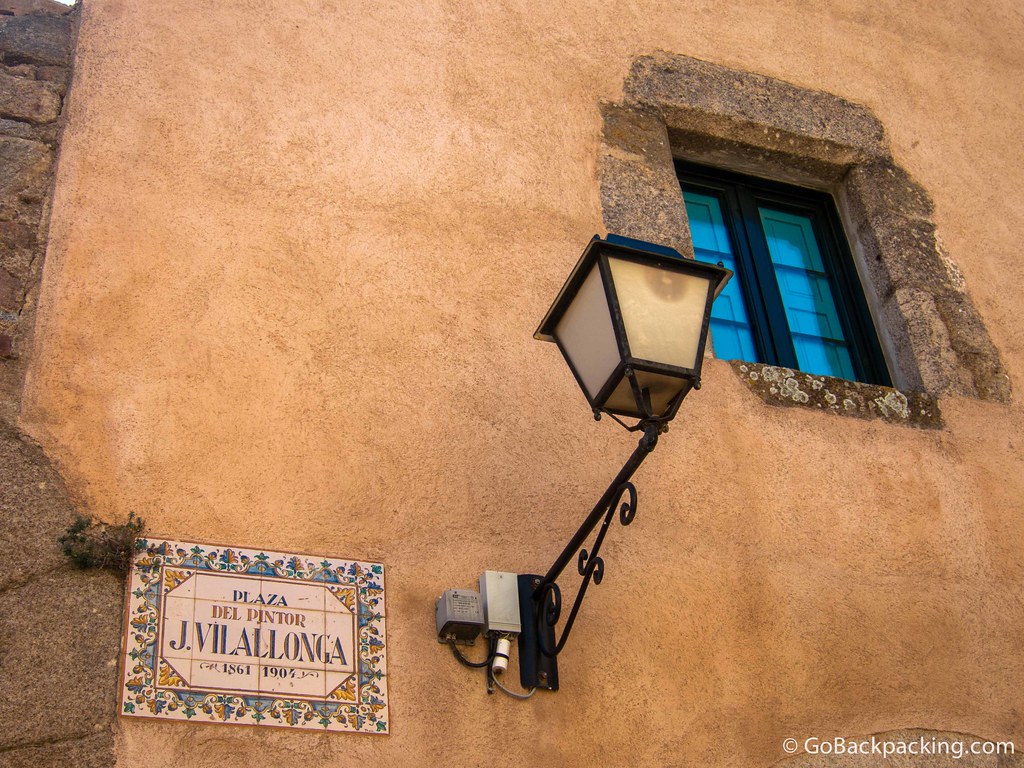 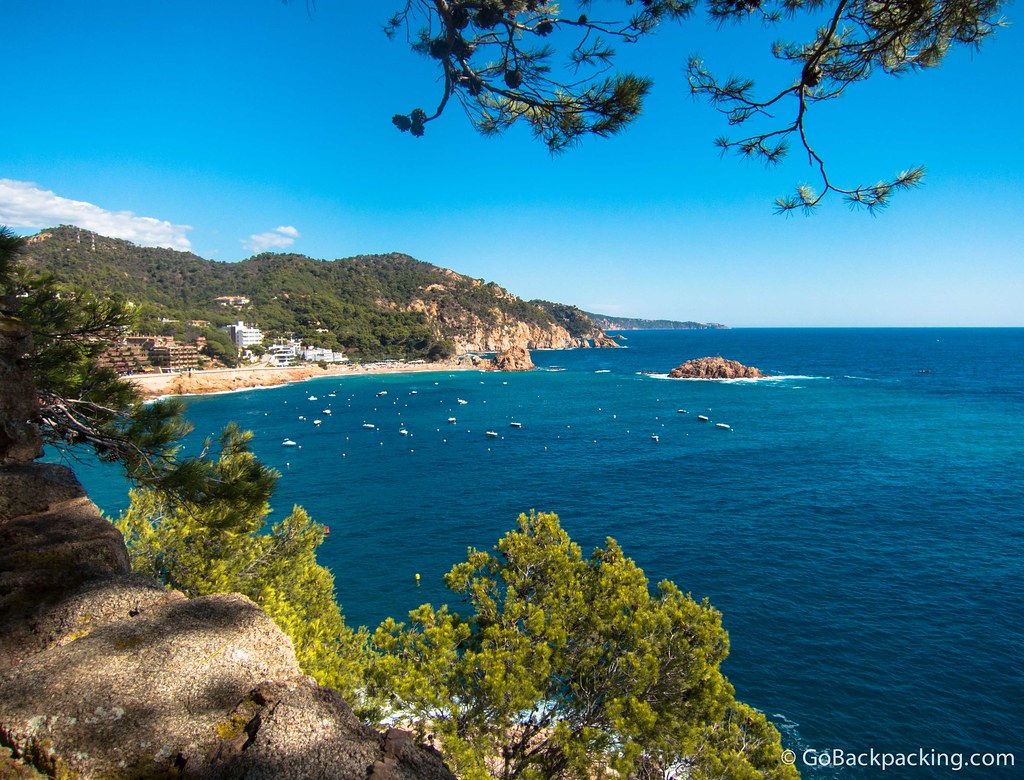 Spain's beautiful Costa Brava, as seen from atop the Old Town 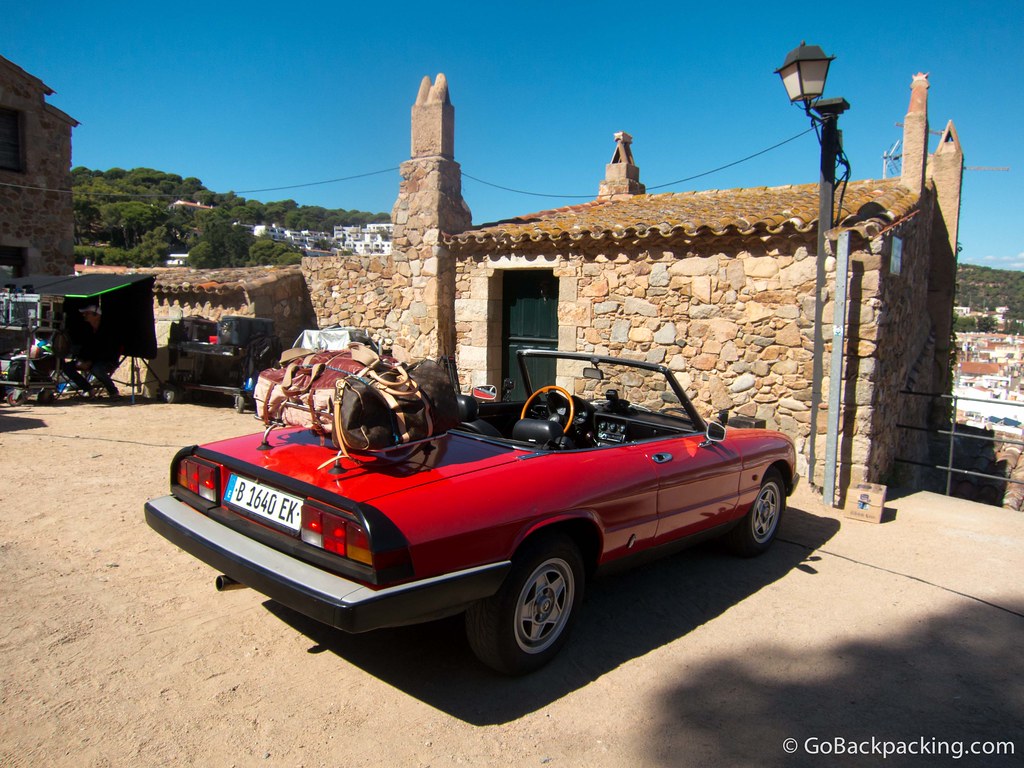 The Old Town was so picturesque, it was no surprise we stumbled across a movie set 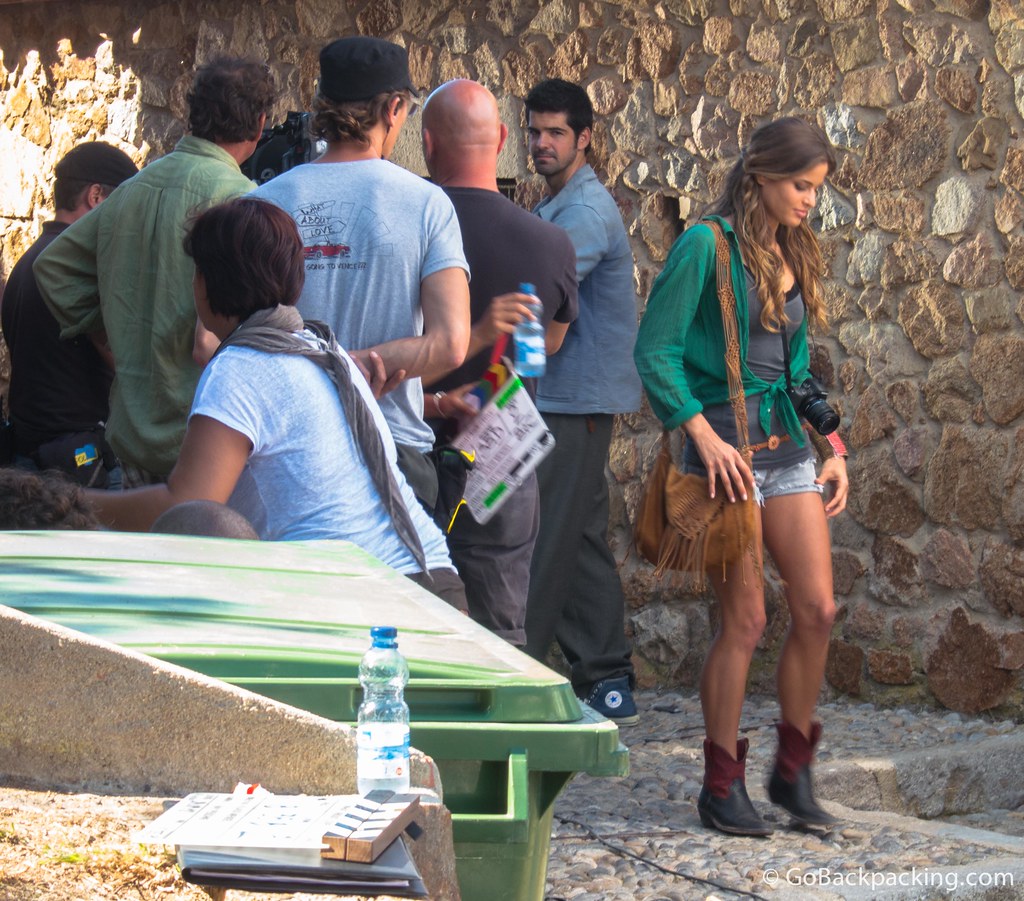 As the movie scene was being shot, I took the opportunity to play paparazzi. If you know the name of the pretty actress in green, let me know! 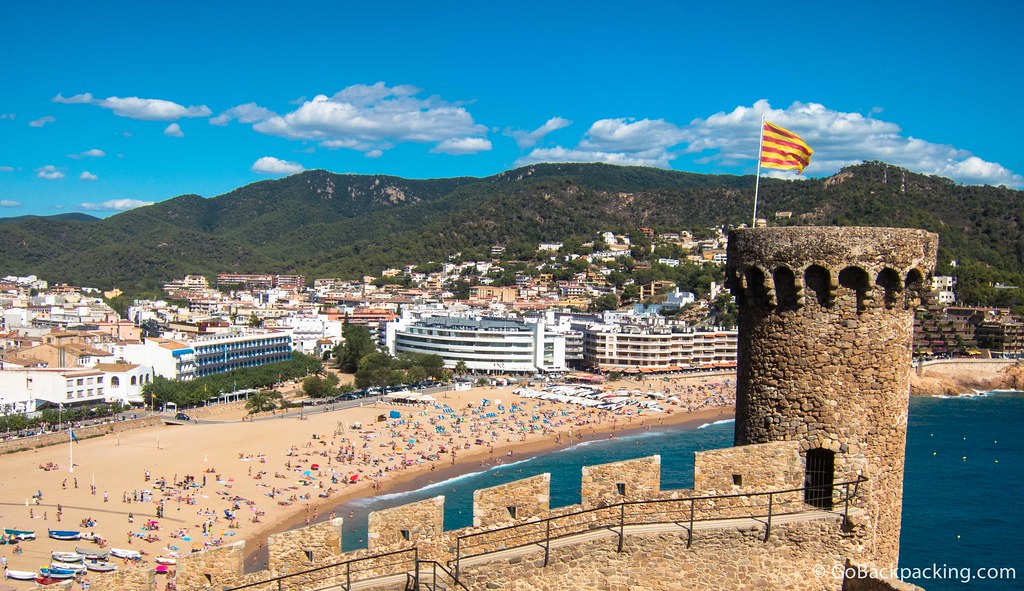 A few of the main beach at Tossa de Mar 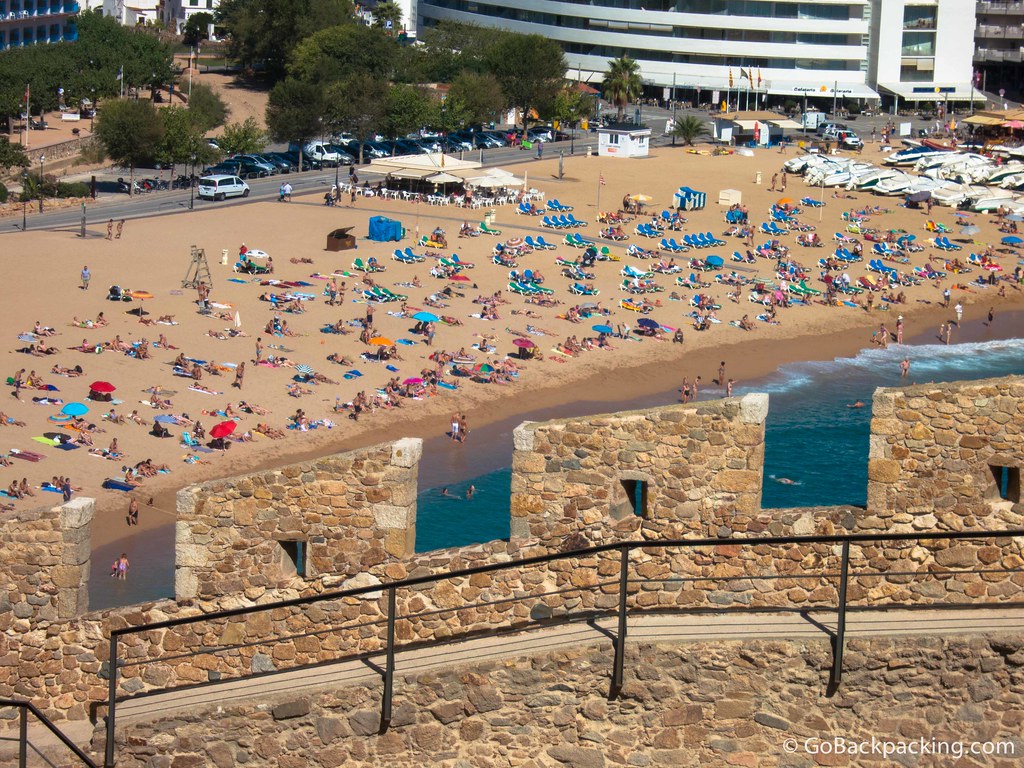 A view of the beach through crenellations in the old wall 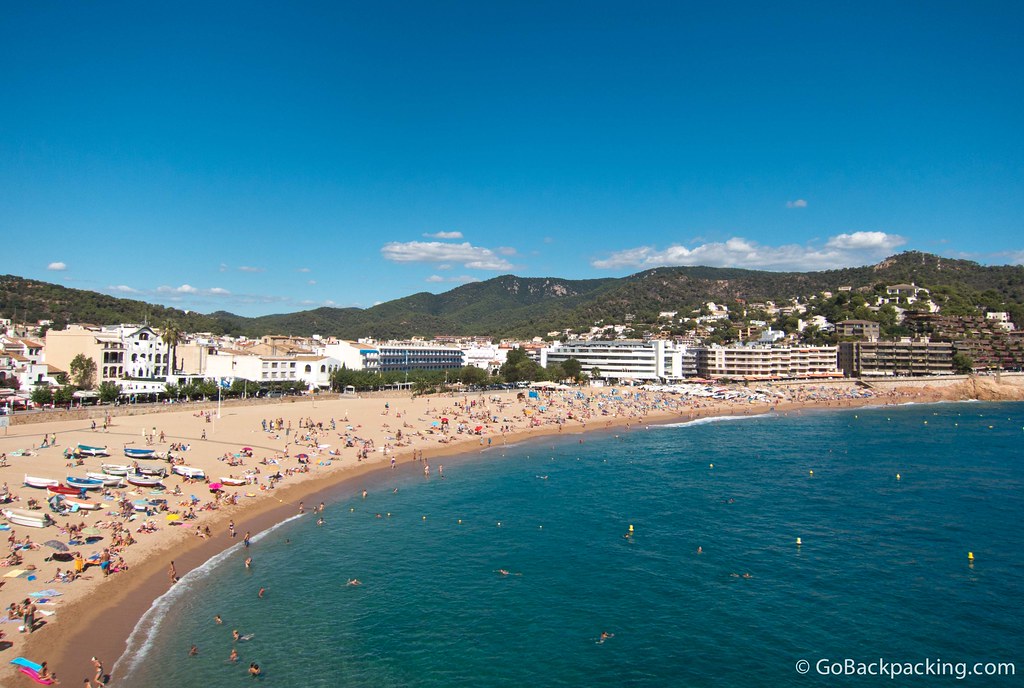 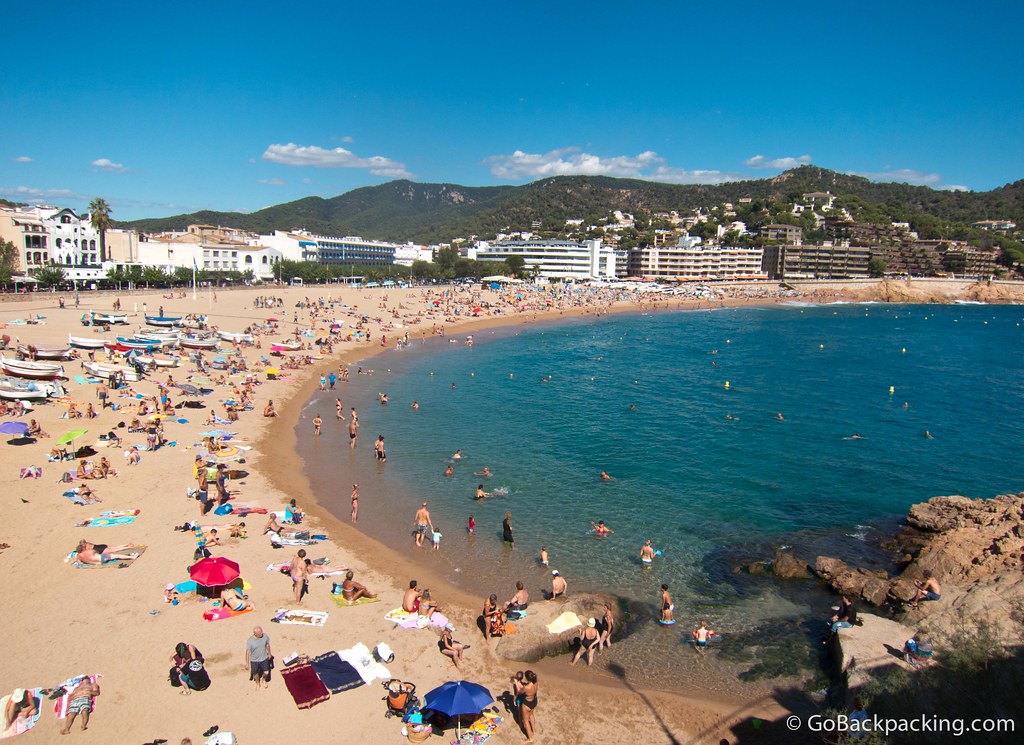 Tossa de Mar was my favorite beach town in Costa Brava, despite being known more for attracting families than partygoers 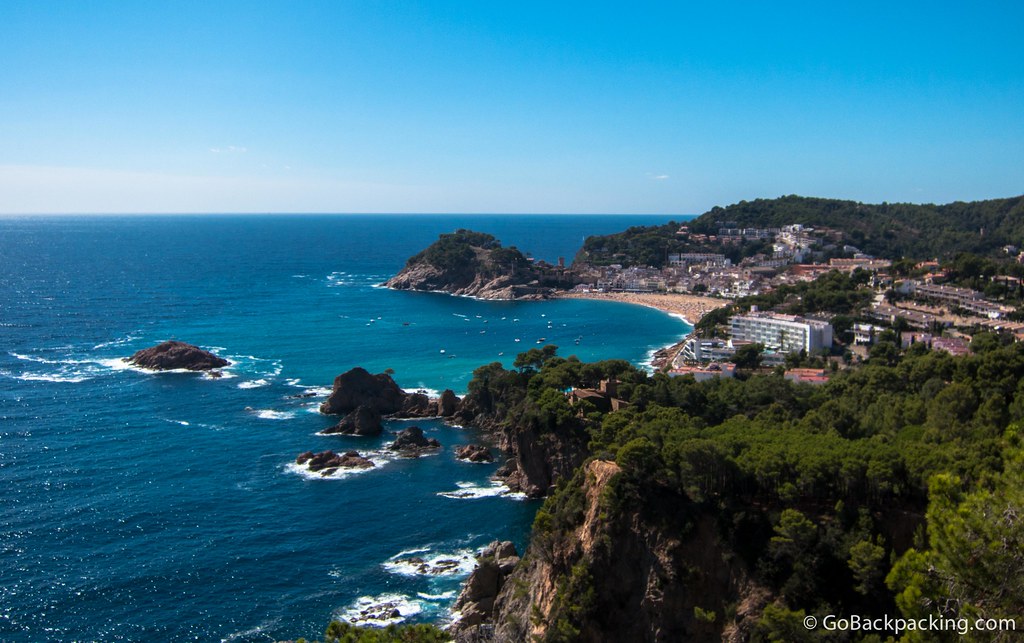 My visit to Tossa de Mar was as a guest of the Costa Brava Tourism Board.

Hi Folks, The first time I visited Tossa was June/July/August 1970 and I stayed for about 30 (or more) days, way too short. I cannot describe the changes over the years; from paved streets to better shops and to tourist from different countries. But Tossa remains Tossa! The pictures are great and just looking at them brings tears to my eyes. In June of 2012, I shared the Tossa experience with my wife and a few good friends. We're going back next year. I hope that everyone, at some point in their life, has the opportunity to visit this jewel. And don't forget the museum and the surrounding hikes.

Dave, I just bumped into your comment regarding Tossa. I was traveling thru Europe during that time as well, and I was possibly in tossa the same time you were. Do you remember the Lolita Bar? Was it still there the last time you visited? I once tried to google it but, no luck. It's been a lot of years, that's for sure. Tossa, and The Lolita Bar was packed almost every night. And I stopped in at the Lolita bar at some point, every night. Maybe a few Yanks, if any, were there ( are you American ? ) Mostly college kids --English, Scandinavians. French, Germans. What a fun place it was !! I was just a few months out of college myself. What I would give to go back to those days. Simply the best of memories.

I had a VW van and I parked it on the beach next to the rental boat concession which still looks to be operational. One night, several friends I'd just met at the Lolita Bar went with me out to the camper and we broke out a couple bottles of Johnnie Walker scotch I had bought at a Duty Free shop somewhere and we began to polish them off. Everybody was singing and passing the bottles around until we couldn't do it anymore. Playing guitars, too.

Afterwards, all guests stumbled out onto the sand and back to their hotels. A couple of us fell asleep in the VW and in the early morning the most ethereal rain came pattering down. When we awoke, the camper had sunk into the sand up to the wheel wells and was totally immobile. No matter -- we just got up and went to breakfast. Later, i found someone to pull the van out of the sand. What a simply marvelous time it was !! Yes, what I would give to relive that night.!!

You mentioned that so much has changed in Tossa. What is that huge hotel on what looks like the north side of the beach? Back in '70s everything next to the beach was one story, I believe.

Ps. the movie you saw being filmed is called What About Love: http://www.imdb.com/title/tt2263648/

I asked my Spanish cousin to name the actors ;)

And thanks for this. I knew it included Sharon Stone, though she wasn't there at the time. That means the actress in green I have a crush on is Marielle Jaffe :)

Did you know Pandora and the Flying Dutchman starring Ava Gardner was filmed almost entirely in Tossa de Mar?? ;)

I'm visiting Barcelona for a week in April and was thinking of skipping it (been before) and hanging out in Tossa de Mar for a few days. Do you think there's enough to do there for a few days (it might be too cold for the water in April but I just want to eat and relax).

Thanks for any info!

Nope, didn't know that! I only spent a few hours there, but if the weather's clear (ie. not raining), I'd certainly be content to spend a few days there eating and relaxing.

The UK Tripadvisor lists a dozen things to do. I think the main attraction is the beach.

Beautiful pictures! Did you find out who the actress was?

I am so in love with Spain...spent most of my 3 month Europe trip touring around and can't get enough. Have yet to really explore Costa Brava - but with pics like these...I know it won't be long til I do!

Anita, Costa Brava left me wanting to explore more of Spain, especially in the south. So much to see there!