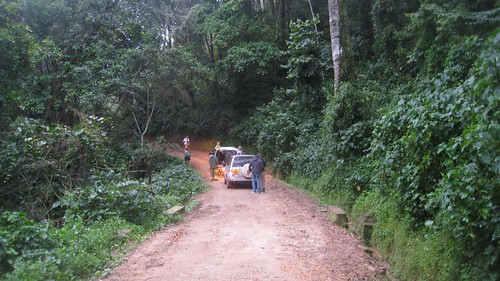 Starting point for our hike in Nyungwe Forest

A few years ago, during my visit to the temples of Tikal in eastern Guatemala, a Brit with whom I was sharing a room convinced me to wake up before daybreak to catch the sunrise from atop Temple IV.  Earlier that day, it had been cloudy, and there was no reason to believe the sky would clear up on account of us.

Despite my preference for sleep, I woke up around four in the morning, and hiked in the darkness with a small group of backpackers.  We ascended the old, rickety wooden staircase and took a seat on a stone platform facing East.  We talked travel to pass the time, and as the jungle slowly awoke with the sounds of tropical birds and howler monkeys, the sky lightened to reveal a blanket of grey cloud cover .

Any small hope of a spectacular sunrise that morning was dashed, but that's not why I'd agreed to join them.  I'd woken up early to share a unique experience with my fellow travelers.  Whether we saw the sun rise up from the Guatemalan jungle as the ancient Mayans would've seen it mattered not. 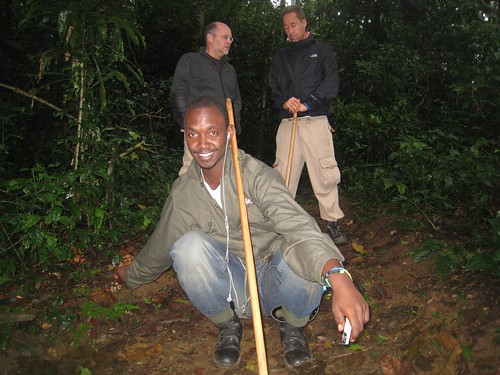 William poses with his walking stick, while Eric (left) and Ben (right) chat.

So when we were up before dawn, and hiking through Rwanda's Nyungwe Forest at an elevation high enough to have our hearts pounding, without a chimpanzee in sight, I didn't mind.  We did a fairly good job of sticking to the scheduled departure time, and we hit the trail with enthusiasm.  It just so happened, after 30 minutes, that when our tracker went ahead to scout for them, they were deep in the jungle, off the well maintained, if slippery, trail. 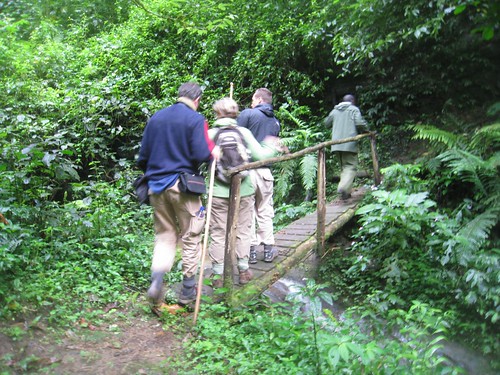 We pressed on, socks pulled over our pants to protect against the legions of red (fire) ants patrolling the jungle floor. 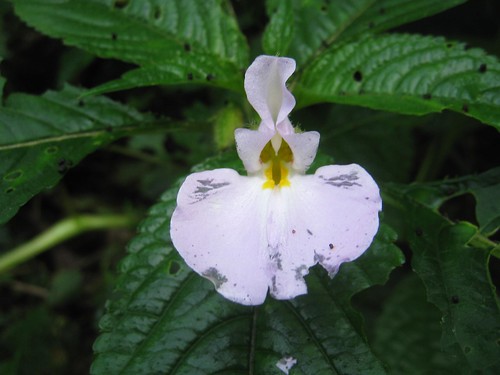 Instead of focusing on what I wasn't going to see (the chimps), I began to appreciate our surroundings for what they could offer: orchids, waterfalls, butterflies, a well-camouflaged frog, and steep inclines that ensured I was working off all the desserts I'd been eating. 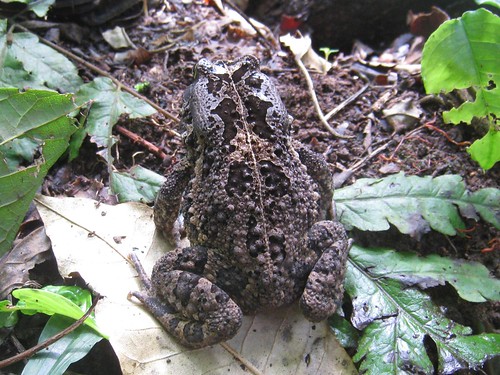 A frog, unfortunately, was the closest thing we saw to a chimpanzee

Chimpanzees, unlike other primates, are always on the move.  This was in stark contrast to the mountain gorilla group we visited, which was chilling on the forest floor and in low-lying limbs for the full hour we were in their presence.  No, it turns out chimps keep moving, which necessitates the “tracking” and early-morning start.

While we didn't see any chimps, we did learn that they are feisty buggers.  Working in small teams, it's common for one to run up a tree containing peaceful monkeys, and shake them off.  When the monkeys fall to the ground, the remainder of team chimpanzee is lying in wait to attack and eat them.

On second thought, maybe it's better we didn't find the chimps.

Sometimes I just think that people write and dont really have much to say. Not so here

I loved this post...sometimes we are so caught up in our thoughts that we forget to appreciate our surroundings. Awesome pics!

I loved this post...sometimes we are so caught up in our thoughts that we forget to appreciate our surroundings. Awesome pics!