The following is a guest post by Amy Hamblen, regarding her experience visiting Jack Kerouac in Lowell, Mass. If you’d like to guest post on Go Backpacking, please read our submission guidelines. 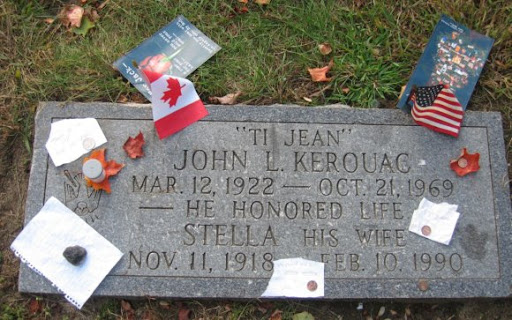 Dashing back and forth across the country with his friends to meet new girls and pursue all kinds of madness throughout the day and night, who couldn’t fall in love with Sal Paradise in On the Road?

He and his friends were digging life like we all want to: with a knife and fork and swallowing it whole. They were searching for new highs with a case of wanderlust so bad that a dose of any experience would whet it and an overdose of an adventure so big it could suppress it didn’t exist. They were my heroes in college, my role models after and now they are the saints I scream all my existential questions to. 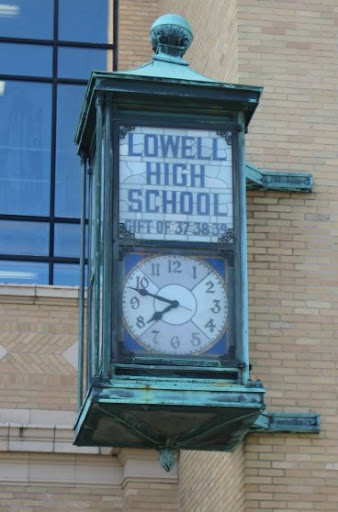 It was Kerouac who left a seat open for all of us on these road trips, and it was his hometown I took the opportunity to see during the Lowell Celebrates Kerouac festival. I was living in the South Shore of Massachusetts in October, 2008, far away from Mexico City, the setting of my favorite book of his, “Tristessa,” but only an hour’s drive from Lowell, his birthplace, and the setting of five of his other books.

When I arrived, the tour-goers had gathered outside the now-closed Caffé Paradiso which was hosting a marathon reading of The Dharma Bums, since 2008 marked the 50th anniversary of its publication. There were 20 or so other people who wanted to see Jack’s old haunts.

Here’s where I wish I could say that I made a new set of lifelong friends who share a love of the same kind of liberating works of impassioned writing as I do, but it’s painfully clear to me that I’m not really good at these kinds of things. I was more than happy to join them, though. 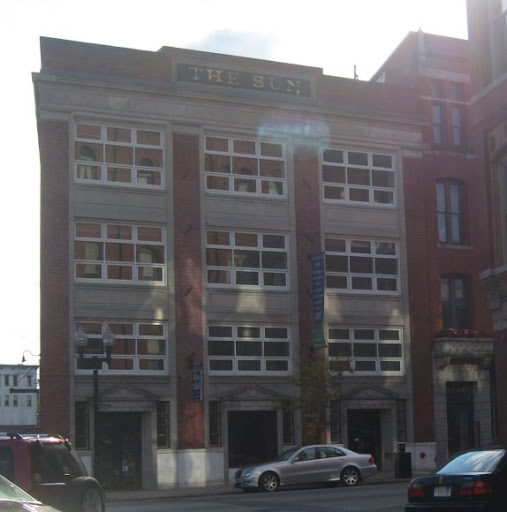 We began the tour, and as our guide, Roger Brunelle, splashed brilliant stories on each Kerouac –affected landmark, it reminded me that even Kerouac came from somewhere; Lowell just happens to be the town he grew up in. Maybe this was where he had those first big dreams of who he wanted to be and what he wanted to do with his life.

Walking past his high school, where he played football, and the Lowell Sun, where he did a short stint as a sports reporter, made the town feel small. It reminded me of my own little somewhere that I was anxious to burst out of while I was growing up. 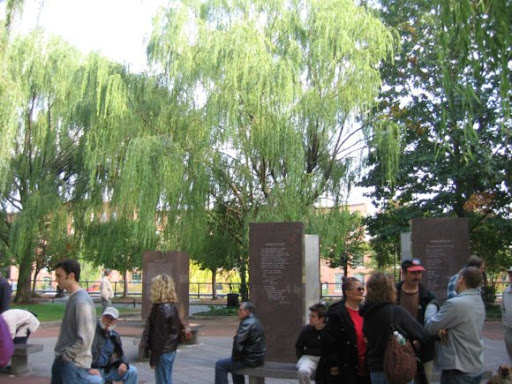 The last spot on our tour was the Jack Kerouac Commemorative. Beautifully conceived by artist Ben Woitena, the site structurally integrates religion with Kerouac’s writings. Quotes from Jack’s beloved books are etched on tall slabs of granite. Several of the quotes are from Kerouac’s Lowell books including Dr. Sax and Visions of Cody, and of course one of the panels has a quote from On the Road. Sleek curved benches encircle the granite panels. In the middle of the memorial there is also a seat for you to sit and reflect, and if you are patient, you can try to find your own center.

After the tour there was one more spot I had to see, so I took a solo journey to Edson Cemetery.  I walked awhile among the gravestones, expecting to see a shrine or a flock of onlookers to guide my eyes in the right direction, but there was none. After a little bit of a search, I finally found what I came for, it was the fitting, humble marker with the engraved words “Ti Jean” (Little John) that marked the spot. 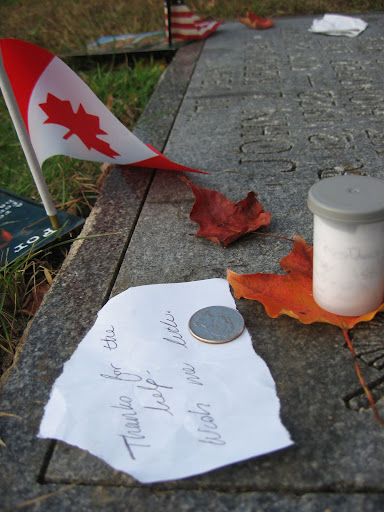 The author's note to Jack, "Thanks for the help. Wish me luck."

It was the perfect place to pay my respect for the seeker and teacher whose inspiration was so loud I couldn’t help but hear it as a young woman in the Midwest, a thousand miles away and over 30 years after his road brought him here.

Messages and tokens of love from others who had been touched by Kerouac’s thirst for life were left behind. I took a moment to appreciate the man, his life and his gifts. I scribbled my own note and left it with the others.

About the Author: Amy Hamblen grew up in the Midwest, but found a good fit in Queens. Although her cuisine has changed from bluegill to bibimbap, she’s still up to her old tricks: trekking to concerts, watching low-budget films, and finding new places to get lost. She writes for www.shortandsweetnyc.com.

I visit Jack every year, but I've never come across anyone else looking for him at Edson Cemetery. I've also never seen this Commemorative site - next time!

I need to make that pilgrimage someday!!! I adore his books.

Long live the King of Beat!!!

On the Road inspired my Dad to drive across the country in the 1960's and he's so not the type! A favorite of mine too.