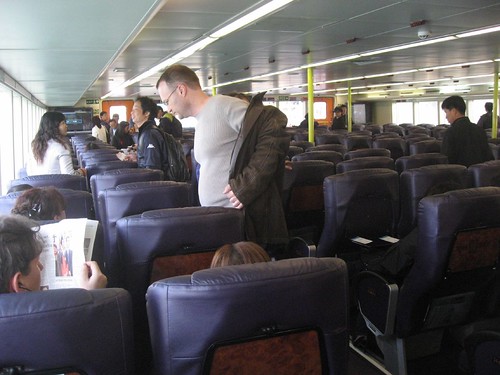 I passed up several opportunities to visit Las Vegas with friends as I saved for this trip, so I decided to check out the Eastern version, Macau, an hour's ferry ride southwest of Hong Kong with Adam. The side trip would also allow me to earn another stamp in my passport.

I'm not big on reading about the histories of the places I visit (at least not in terms of what is provided in guidebooks) however I can tell you the Portuguese previously controlled the city which is evident in the architecture and food, though 95% of the residents are Chinese now. But seriously, Adam and I were going because of the casinos which have overtaken the downtown waterfront area. 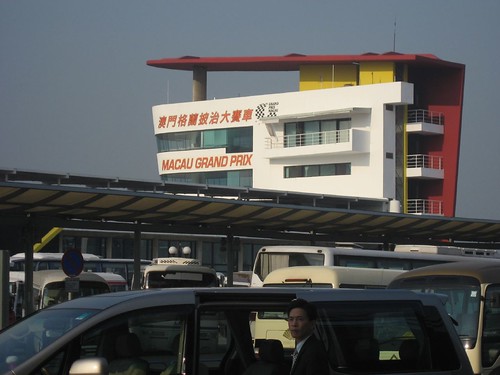 The catamaran-style ferry ride was fast and smooth. The leather seats made it feel like we were flying first-class, and the boat was clean and smoke-free. It was an incomprehensible improvement over my previous ferry ride in Indonesia. Upon arrival in Macau, we disembarked and passed through Immigration after about a 15-minute queue. We stepped outside to the hustle and bustle of taxis, buses, and casino shuttles without a clue. Our first sight was the Macau Grand Prix stands. 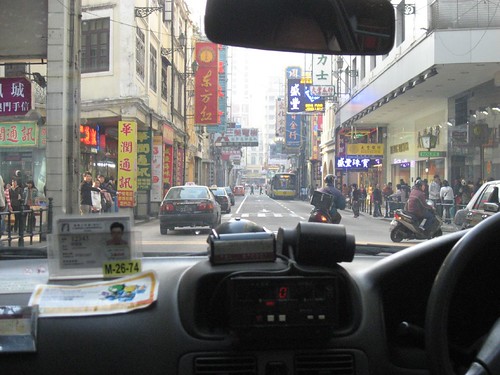 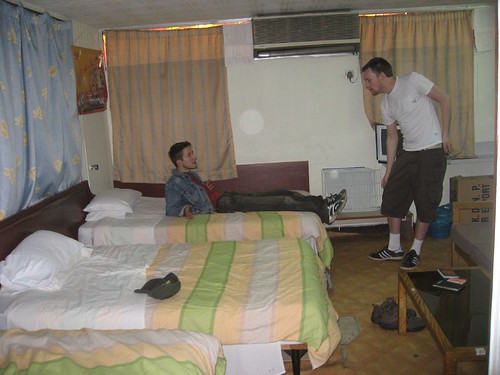 As we asked about prices and availability at two budget hotels, we ran into a Turkish guy, John, who was also looking for a cheap room while he was in town to renew his Chinese visa. He spoke Chinese, so he became involved in our attempts to negotiate lower room rates between two or three hotels. In the end, we managed to get a 3-bed room for $8 per person, per night, for three nights. Not bad for arriving late on a Saturday afternoon without a plan. 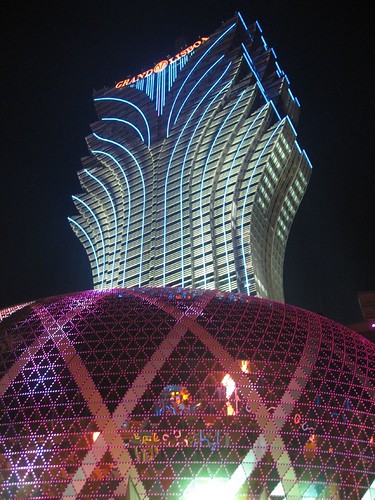 After some rest in our new abode, we went out to explore town in the early evening. We walked along a pedestrian-only street filled with shops and people. The street and sidewalks were composed of black and white tiles. They seemed to go on forever. As we reached the casino district, we wandered into the eye-catching Grand Lisboa. We grabbed a bite to eat together at a deli overlooking the main, smoke-filled casino floor. Adam would settle into games of Texas Hold-em Poker while John and I tried to breathe fresh air by the bar. Eventually we headed back to the room, leaving Adam to lady luck for the night.