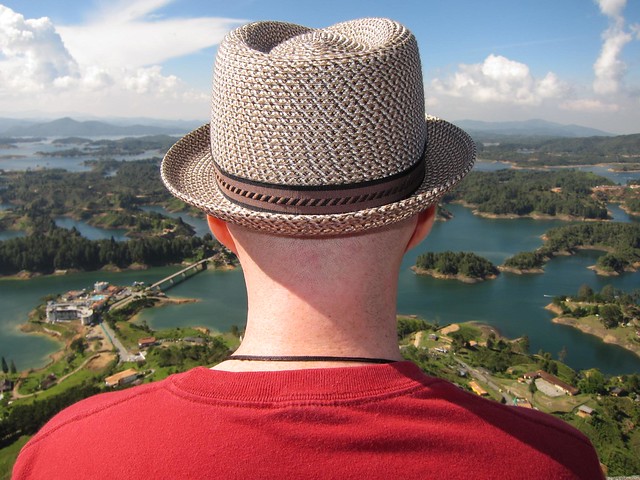 View from atop El Penol, a monolith in Antioquia, Colombia

I came to this realization last month, which was also my 5-year blogiversary (blogging anniversary), and it has thrown me for a loop.

On any given day, for an entire decade, I could close my eyes and envision where I wanted to see myself in X years.

Now when I close my eyes, there's nothing.

How did I get here? And more importantly, what next?

Both are questions I've been pondering lately.

In March 2002, I was part of a massive layoff at CareerBuilder.com. This unceremonious termination became the catalyst for my decision to take a trip around the world.

For the following 5 1/2 years, I worked in the call center of a health insurance company. I found purpose in my work at the time, but always knew it was just a stepping stone toward making my travel dream a reality.

In November 2007, I submitted my resignation, enjoyed a few farewell happy hour drinks, and boarded an Air Tahiti Nui flight to French Polynesia.

The cool part about taking a trip around the world is how long it lasts. I felt lucky to be living my dream every day for 18 months. 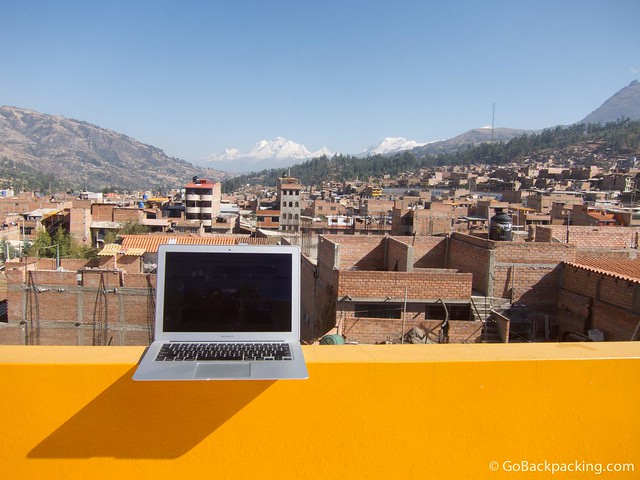 By the time I ran out of money in July 2009, I'd already fallen in love with Medellin.

All I could think about was getting to the point where I could support myself from my blogs so I could go back.

After 11 months of living with my parents (thanks again Mom and Dad!) working on the blogs, launching a new travel blogging community, and networking my butt off, I reached the point where I was ready to move back to Medellin.

My leap of faith paid off, and my monthly earnings continued to grow. I reached my goal of averaging $3,000 per month in 2010.

This was the figure I felt I needed to reach to be able to live just about anywhere in the world I wanted.

In 2011, I earned 20% more, which further solidified my ability to live and work wherever I want. My dream had been about ascertaining a certain lifestyle, not bucketloads of cash.

I left Colombia to begin seeing the rest of South America, starting with Ecuador and Peru. In March, I'll be visiting Argentina and Chile for the first time with G Adventures. 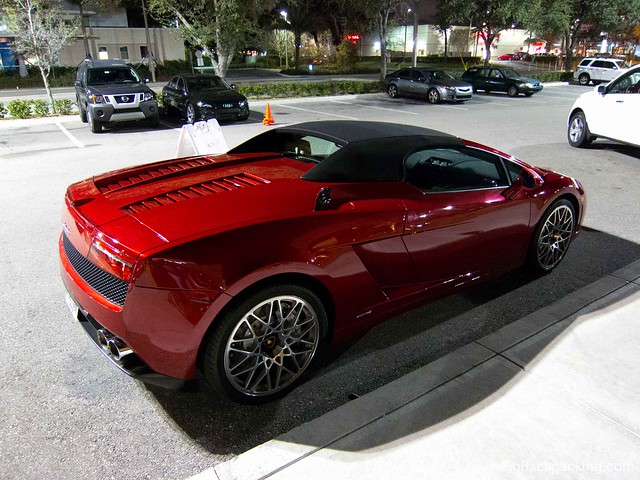 When I was a kid, my dreams involved exotic cars, like this Lamborghini (Tampa Bay, FL)

The funny thing about achieving your dreams is how quickly your new reality can become normal.

You may envision where you want to be for years.

You daydream at work. You write about it. You fantasize.

And then when you finally get there, it (hopefully) is as awesome as you imagined. Yet, inevitably, that appreciation for what you've achieved starts to fade with time.

Perhaps it's human nature. Been there, done that, what's next?

I'm exactly where I want to be, and this is not to say I'm not grateful for that, but after 4 years of traveling and living freely, I'm ready for a new challenge.

Of course I want to continue traveling, living abroad, and blogging about it (that's not something I see changing in the near future), but I also want to have a new dream to chase.

I want to have a grand vision again.  I want to see myself achieving something awesome when I close my eyes.

Now if I can just figure out what that is.

Sure you'll figure it out Dave, you have a good track record so far.

Thanks Rob, very Stephen Colbert of you!

This is awesome, Dave! Congratulations is much needed--well-done! I've still got heaps of dreams to sort out--living in NYC, roadtripping across the USA and NZ, traveling through South America. Now that I've checked Nice and Australia off the dream list--I feel very confident about the rest :)

And you should! It's been amazing to watch you the last few years. Seems like just yesterday you were taking on the gelatto-a-day challenge in Nice, and now you're climbing the rocks in Krabi, Thailand.

Oh, and living in New York City remains a longstanding dream of mine too (and my parents, who always imagined me and my brother sharing an apartment together, though I don't think it'll ever happen).

It's remarkable to see all the change that's happened over the last 5 years. I remember when you passed through China and visited, it feels like a very long time ago. And us living in Reston when you were working at Career Builder feels like another lifetime all together. There's been so much progress in that time, in terms of personal development, freedom, career, and so on.

You'll be in Medellin for the time being, right? I will come and find you. I'm coming to South America with Nemo.

Thanks Charlie, it's been amazing to watch what you've done for yourself in China.

I'm actually going on my 5th month in Peru, with most of that here in Lima. Will be in Argentina for March and April, and not sure after that, but it'll be somewhere in South America. I do intend to get back to Medellin for a few months at some point.

I think this is a good problem to have, as all roads are open to you!!!

Thanks Andi, you're right. It was just a weird realization to suddenly have.

Great vulnerable post Dave. It does seem to be in the air. I have been doing a process of goal setting for the next few years, and like you, I do appreciate what I have achieved. I wish you good fortune and the ability to listen deeply to the whispers of your heart as you unfold this next chapter.