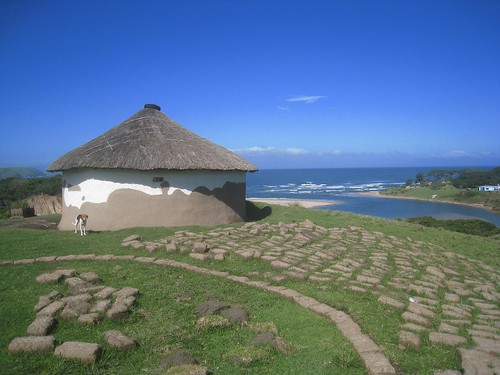 At 3pm, Magali, Sebastien and I set off on a guided tour of the surrounding Xhosa village. Wearing flip-flops was a mistake, as we were soon traversing the grassy, manure-covered hills upon which the homes were built. Sheep, cattle, goats, and donkeys grazed freely while the Bulungula dog (and others) followed us everywhere. 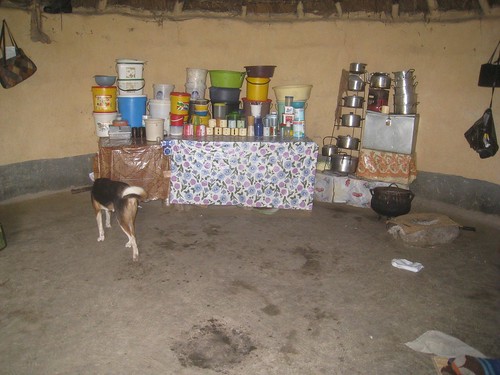 Our guide, a local woman, wore an orange mud mask to guard her skin against the sun. She seemed to speak a mix of Xhosa and English, thus making it difficult to understand her at times. Later, I confirmed that as I was trouble understanding her, the French couple all but gave up trying to ask questions. 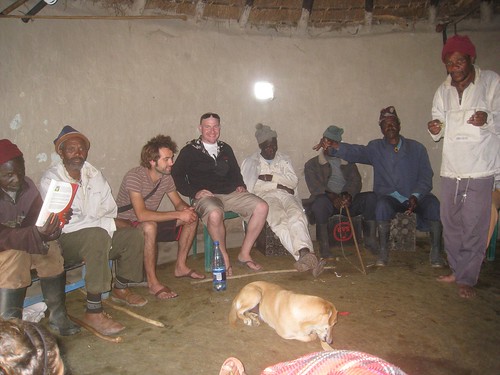 We were invited inside enough of the traditional rondavel homes to get a sense of how sparsely the people lived. Aside from clothes, blankets, and cooking pots, there was little in the way of material possessions. Nobody had electricity, though a few places featured battery-powered radios and cassette players. We were warmly welcomed into the unofficial shebeen (unlicensed bar), the locals greeting us with a special handshake. A bucket of the local brew was passed around, which tasted no better than what I drank on the township tour in . 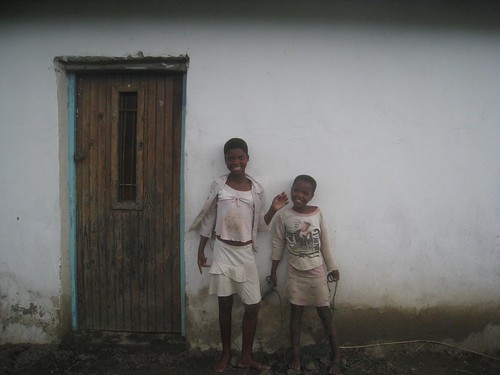 Men and women sat on opposite ends of the homes, and when we visited a white tent erected for an impending funeral, only the men waited inside. We asked a few questions through our guide, while one of the guys asked me what I thought about my country's election of a black man, Barack Obama, as president. I was happy to respond that I was proud of , and though our new president would do a good job. 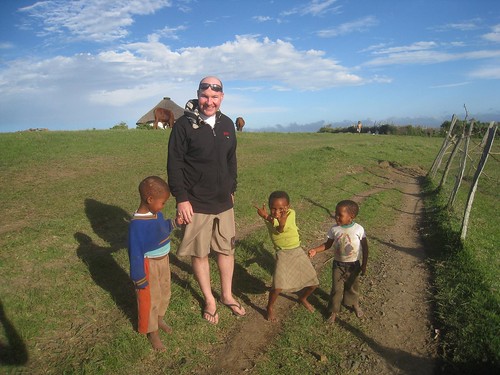 As our tour wound its way up the hills toward a new school under construction, we ran into little kids who wanted their picture taken. I was reticent at first, unsure of whether they would ask for money in return, however once I started taking photos, I found they were happy just to see themselves posing in the camera's display window. It was a fast way to make friends too, as I quickly had one child holding each of my hands as I walked along. 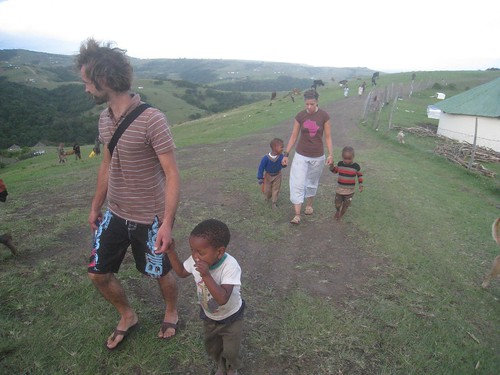 Soon Magali and Sebastian had a few kids as well, and our merry band moved onward as the Bulungula dog continued to bark and chase anything in our path, including donkeys, goats, and cows. Walking with the kids was precious. I couldn't help but be self-conscious though. I was sure it smacked of a ” feed the children”? commercial, but they seemed so happy about our presence, I wasn't about to let cynicism ruin the experience. 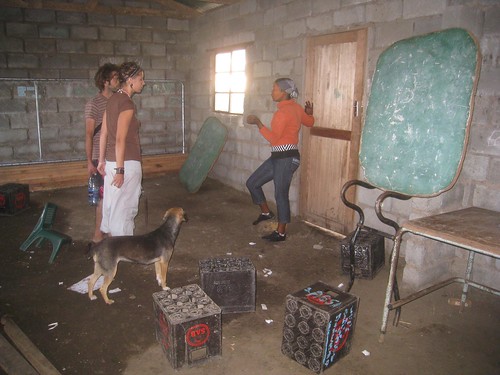 Our last stop was atop a high hill with a commanding view of the village and coast. Up here, we saw the old school which had collapsed, the current school which was nothing more than a few milk crates for seats and broken sections of chalkboard, and the site of the new school under construction. As the sun went down and the winds picked up, a full rainbow appeared as we headed back to Bulungula. 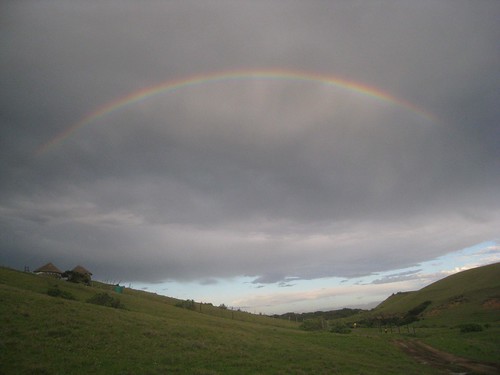 A few new groups of people had arrived so the atmosphere was livelier the second night. Dinner consisted of traditional fish and veg frikkadels (both in big round ball form) with dhal, rice, sambals, and green salad. Magdali had studied food and wine at university, and worked for a restaurant at home in , so I took the opportunity to share my spare bottle of Fairview Merlot with her (while Sebastian stuck with the beer). Somewhere along the way, I was also offered the chance for a personal tour of the world's most renowned wine region as I had mentioned plans to stop by soon. :) 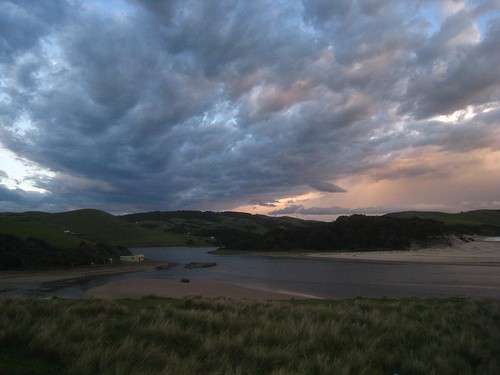