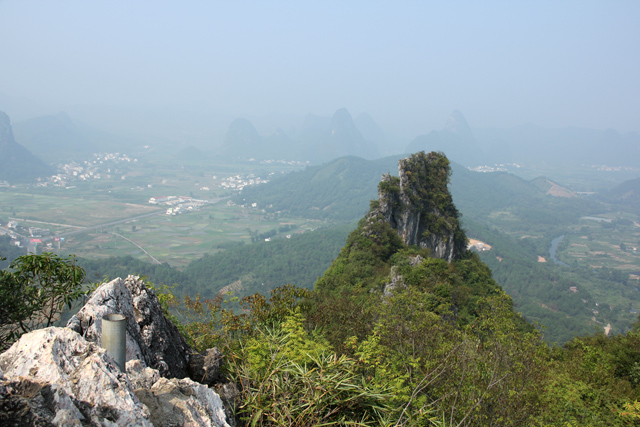 Guilin city is an extremely beautiful town located in the northern part of Guangxi Province, China.

After arriving, I asked a local about the population of Guilin. “It's very small, about 6 million,” she replied. I guess by Chinese standards that is rather small.

Anyways, don't let the mid-sized city population of Guilin throw you off, there are plenty of cool outdoor adventures in and around the area.

Though there are many hiking destinations around Guilin, one place famous for its scenic views is the hike from Yangdi to Xingping.

It's a long hike, about 25 kilometers, but the views of the Li River and the incredible karst mountains were absolutely breathtaking.

The hike took us about 5 hours to complete but it was worth every step.

The actual small town of Yangshuo, situated about 1.5 hours from Guilin is also surrounded by mountains and offers a wide selection of different hikes.

Try hiking up TV Tower or hike to the top of Moonhill. 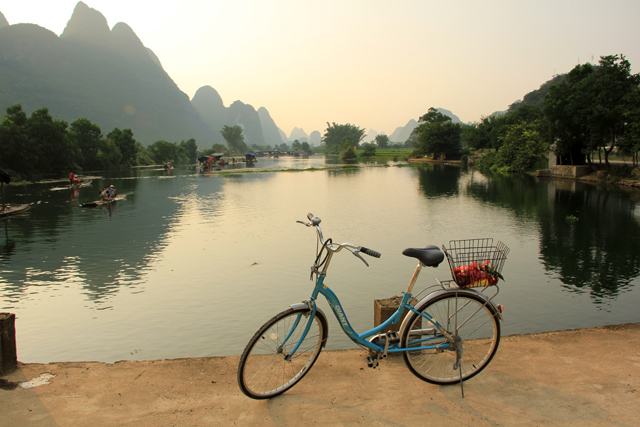 A different way to see the scenery around Guilin is to rent a bicycle and take a cruise.

Within the city of Guilin, there are plenty of parks and outdoor public areas that make great areas to bike around.

Outside of Guilin, again in the town of Yangshuo, there are lots of bicycle route options.

Many bike rides are accessible by provided roads that have very little motor traffic, however, if you enjoy off-road biking you can easily pedal down one of the countless rice farming trails.

One of the great things about Yangshuo is that even though there are plenty of tourists, it is still easy to escape the crowds when you are on a bike.

You can either choose a real mountain bike or a Chinese style one-speed bike.

Mountain bikes go for around $5 – $10 per day while one-speed bikes (like the one above) can be rented for just $1 or less per day. 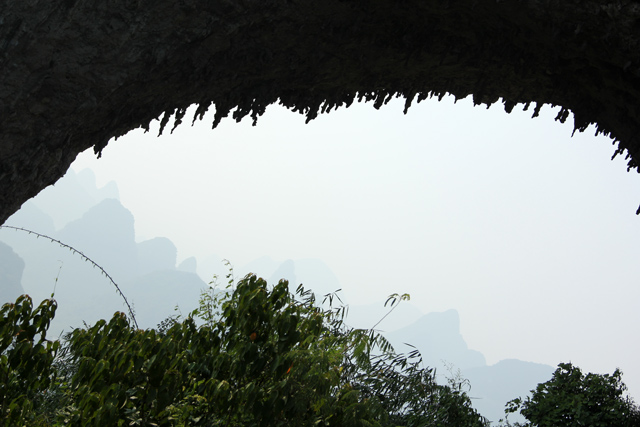 All the karst cliffs and mountains make the area of Guilin one of the most well-known spots in China for rock climbing enthusiasts.

From organized rock climbing tours put together by official companies to just getting out there and tackling the adventure on your own, if you like rock climbing you will have a blast in Guilin and Yangshuo.

There are possibilities to go rock climbing if you are a highly experienced climber or even if you are just a beginner. 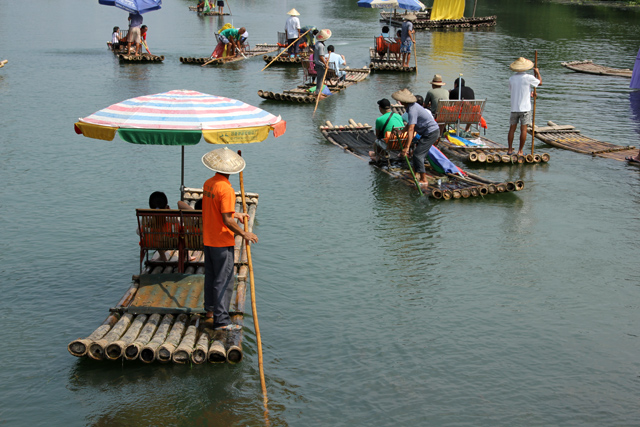 China is probably the most famous country in the world for bamboo.

Bamboo is a wonder plant that produces perfectly round poles that have been used for countless purposes throughout China's lengthy history.

One of those ancient uses was to construct floating riverboats. While there are quite a few fake bamboo rafts made from plastic tubes these days, there are also plenty of real bamboo rafts.

The slow-moving Yulong River near Yangshuo is one of the best places to rent an authentic bamboo raft and enjoy a lazy floating time down the river.

Due to the natural landscapes and abundance of mountainous rock formations, Guilin is home to some amazing scenery below its surface too.

One of the most popular and closest caves to visit in Guilin is the Reed Flute Cave.

As proven by ancient Tang Dynasty rock carvings and etching, the Reed Flute Cave has been enjoyed by Chinese visitors starting over 1200 years ago.

Closer to Yangshuo are even more caves including the Silver Cave, Dragon Water Cave, and the Seven Star Cave. The Crown Cave even includes tours by railroad car and underground riverboat tours. 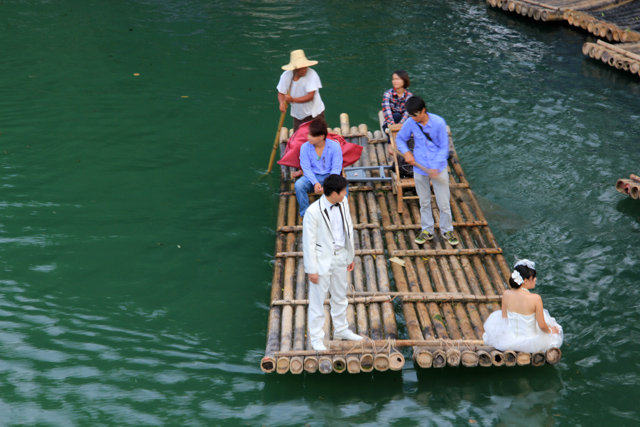 Getting Married on a Bamboo Raft

If you are really looking for an outdoor adventure near Guilin, China, you may want to consider getting married on an authentic bamboo raft…lots of Chinese do!

Thinking of travelling to beijing over the new year and heading south after....is it a good time or doable time to travel in such places??? what is the weather like??

oh and thank you for the pointers