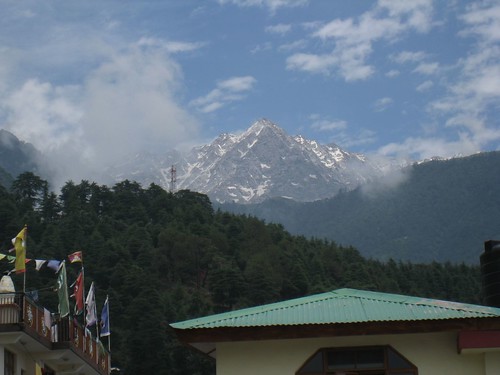 I stopped into Eagle's Height Trekkers one afternoon to gather some information about local trekking opportunities. The owner went over the details of the two options of most interest to me, a two day trek to the snowline (Laka Got glacier) and a four day trek to the top of 4,300-meter of the . I also asked about trekking to near Manali, which was of a similar altitude. A few English girls stopped in as I was getting ready to leave. They said the trek was difficult and the food was great. I left my name at the office, hoping to link up with another person or two with whom to share the cost and experience.

A day or two later, I heard a knock upon my door. Harold, a tall French man, was also traveling on his own and interested in the trek. I quickly got the sense that he'd make a good trekking partner for me, though it wasn't until later that I'd find out he had quite a bit of experience. We went back to the trekking office to confirm our interest. A different pair of English girls who had just returned from the snowline trek had positive things to say as well, especially about the amount and quality of food. 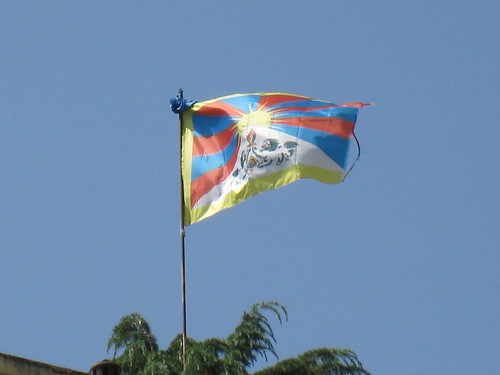 The next day, Harold and I confirmed our arrangements, and paid in full for a 4-day camping trek set to begin in less than 24 hours. I was excited to put all I had learned from and other trekkers into action. First off, I took advantage of the authentic North Face sleeping bag on offer from the agency. Next, I scoffed at a salesman's claim that knock-off North Face socks were authentic. I threw caution to the wind and bought a $1.25 pair of cotton knock-off Adidas socks instead (to supplement my trusty Smart Wool hiking socks). And perhaps of most importance, I truly believed from the outset that I could complete the trek.

Yes, it was a trip of a lifetime. I went there hoping to get one good idea from the Dalai Lama teaching and not expected to change my life. But unbelievably, I got one good idea that changed my life. The trekking--Heaven.

I also attended a public teaching with the Dalai Lama in 2006, then used the servies of Eagles Height Trekkers to hike the Inderharra Pass. Trip of a lifetime.

Awesome Charlie! 3 years later, I still remember my time in McLeod Ganj fondly (aside from the scorpion encounter I had in my room right before the trek).

These are my fave to read about.... I wish you could write even MORE! I know, I'm greedy, but it's so much fun to read about :)

These are my fave to read about.... I wish you could write even MORE! I know, I'm greedy, but it's so much fun to read about :)