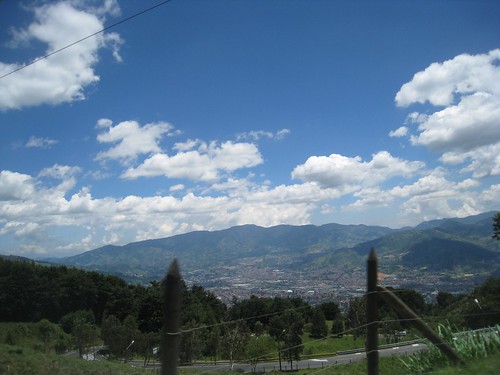 The taxi ride to Jose Maria Cordova International Airport outside Medellin was just as stunning as the bus ride which first took me to the city in late January.  Blue skies, warm sun, green mountains.  But instead of feeling the exhilaration and anticipation of arriving somewhere new, I was trying to let go of not just my new friends and experiences in the city, but the entire way in which I'd lived my life for a year and eight months. 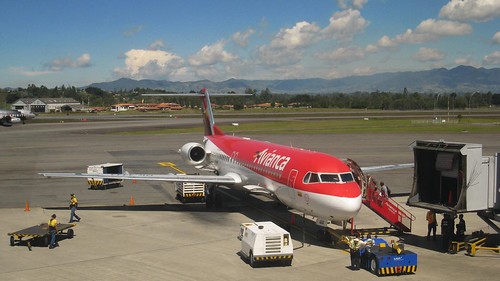 Once out of the valley, there was a noticeably cooler air temperature due to the higher elevation.  The airport seemed smaller than I remembered.  The 25-minute Avianca flight to Bogota was over familiar territory as I'd flown the same route twice from the opposite direction. 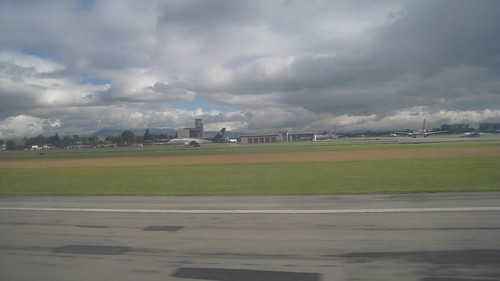 The Colombian capital city was just as I'd left it – cloudy, grey, and cool.  Actually, as evening arrived, it became downright cold.  The natural scenery and cityscape paled in comparison to my beloved Medellin.  I wasn't crazy – this was my first evidence that all cities are not created equal. 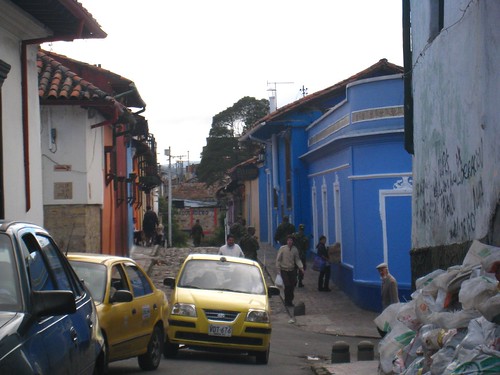 I took a taxi to Musicology Hostel in La Candelaria, passing ghastly prostitutes in doorways and plenty of graffiti along the way.  I had reserved a bed there through Hostelworld.  I wanted to stay at Fatima again, but as with most of the other hostels in the city, it appeared to be full for the night.  Musicology was a recent arrival on the scene, and I enjoyed the courtyards and atmosphere of staying in a 100+ year old home.  I did not enjoy the frigid temperatures. 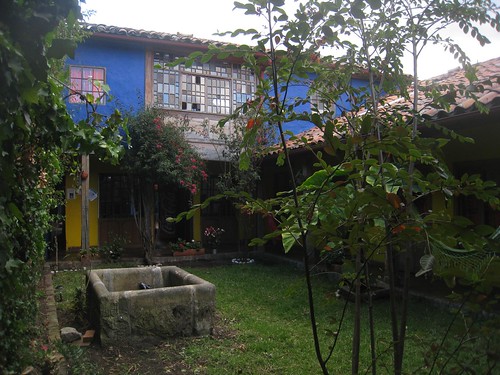 Jillian and Danny from I Should Log Off, and their British friend, collected me at the hostel around 6:30 pm and we walked down to Simon Bolivar Plaza which looked more attractive in the evening then when I'd first seen it under cloudy skies six months earlier.  They were all couchsurfing in the city as I had done, and seemed to be having a good experience from it.

When asked what I wanted for dinner, I recalled the delicious and regional soup of shredded chicken, potatoes and corn I'd eaten at a nearby restaurant.  Thankfully we happened upon it, and went in to eat.  In addition to having another opportunity to eat such a hearty and rich soup, I enjoyed getting to know Jillian and Danny better.  They had spent the prior four months traveling through Central America, before a quick return to the States.  Visiting Bogota was the first stop on their South American leg of a 'round the world trip.  Since I knew I'd be reading their blog while I tried to assimilate back into life at home, I was especially excited to hear they planned on traveling overland from Ethiopia to South Africa early next year. 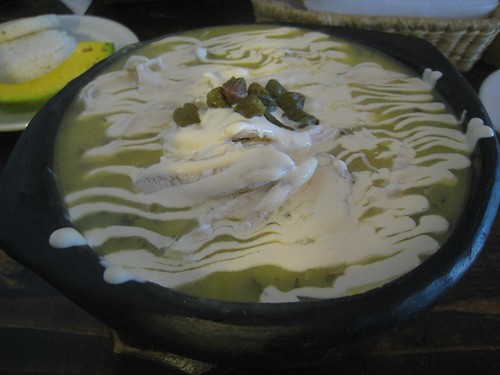 After devouring the giant bowl of soup, I was presented with a cup of hot chocolate, some cheese and bread.  The experience of drinking hot chocolate with cheese is well documented on I Should Log Off.  Let's just say, it was a pleasant surprise that the two can go so well together.

Danny suggested a beer after dinner, and I was up for it despite my need to wake up at 5 am the next morning.  I nixed my plan to go salsa dancing as I was having a good time, too full from dinner, and doubted it could compare with my last night of dancing with friends in Medellin.

We continued to chat over beers in a popular bar nearby.  The walls were adorned with Colombian tourism propaganda, except for a small section that was dedicated to the destruction of the World Trade Center on 9/11.  And it wasn't just the images of the burning buildings that was odd, it was that they even had a close-up image of a person falling from one of the towers.

Beers consumed, we parted ways, with Jillian and Danny heading for an overnight bus to San Gil (an adventure sport town) while I faced a short night's sleep and a long day's travel home.

Nice review, thanks for sharing your thoughs about Bogotá in your blog. Please take in mind that there are several new hotels in Bogota that will fit any tourist needs.

In searching for sites related to web hosting and specifically comparison hosting linux plan web, your site came up.

Great to meet you too Dave. Good luck with that reverse culture shock, good luck with it and be sure to give it at at least a month for it all to sink in!