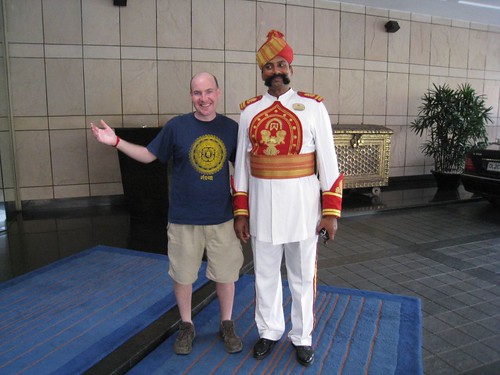 For my last full day in Delhi, and India, I spent an hour walking around Connaught Place.

The park in the middle of the big traffic/shopping circle is closed on Mondays, as were many other attractions.

I returned to the guest house where I splurged, hiring an air-conditioned car for the afternoon. 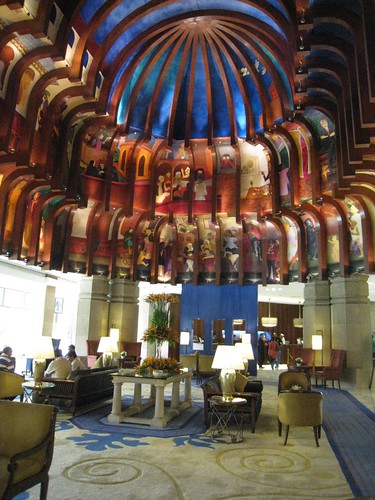 The first stop was lunch at Bukhara in the ITC Maurya Sheraton, a 5-star hotel admist the Diplomatic Enclave.

Upon my arrival in Delhi, I had Google'd ” best restaurant in Delhi”? and all links pointed to Bukhara.

A European food magazine listed it as one of the world's top 50 restaurants, and the best in Asia, in 2007.

Apparently the likes of Bill Clinton and Vladimir Putin dined there, and it was also listed in the book, “1,000 Places To See Before You Die.”

Such a pedigree meant it was ripe for my visitation! 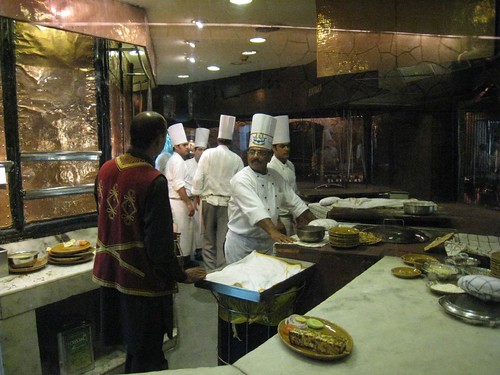 I was greeted outside the hotel by a traditionally dressed, well-mustached, Indian man.

Upon entering the lobby, I noticed the beautiful ceiling mural in the seating area, the cool temperature, and the amazing smell.

As I was ushered to the restaurant, I could see a big pool and well-manicured garden.

The restaurant itself was immaculate, with a glass-enclosed kitchen so you can see the chefs at work.

There were a few other customers, though it felt like I had the place to myself. 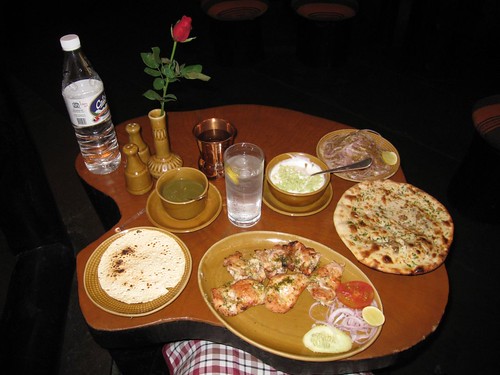 Chapati with a green sauce and spiced onions were delivered as complimentary appetizers, along with my mineral water.

The copper water cups were cool.  I ordered: 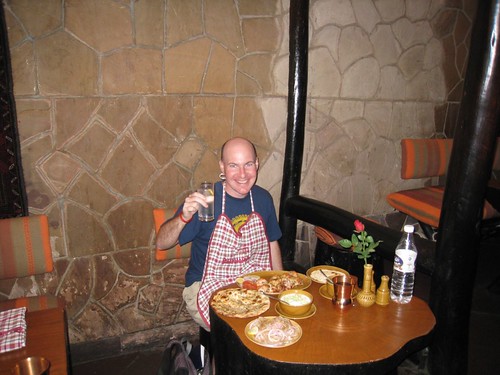 All of the food was delicious. The chicken was the best I've had in months. I could barely finish it all.

The cloth napkins were actually mini-aprons, which gave plenty of surface area for wiping my hands given the eating was done by hand.

The service was fantastic, and the ambiance serene. 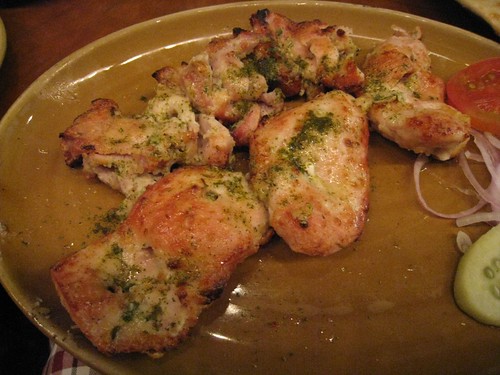 Going into the experience, I knew the price range and there was no disappointment in this respect.

My lunch cost about $60, excluding tip.

The funny thing was I was no more satiated after the meal then lots of other Indian dishes I enjoyed over the preceding 7 weeks.

It reminded me I can be as truly satisfied with a $2 malai kofta (potato/cheese dumpling in gravy) on the rooftop of humble Carpe Diem in McLeod Ganj as a fancy restaurant in a 5-star hotel.