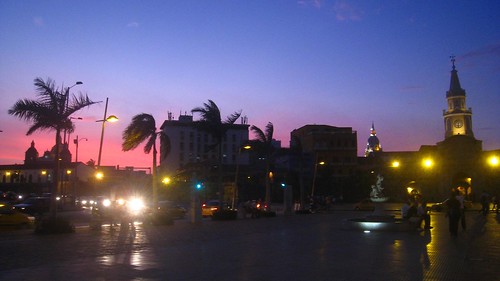 As the sun began to set in Cartagena, we walked around the old city center again.  The idea was to follow the path of a walking tour, but we ended up just wandering around, and eventually waiting for Julian and his sister to get matching ear piercings.  We returned to the hotel and regrouped for a night out on the town. 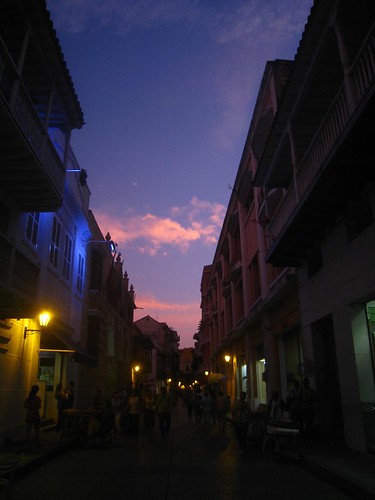 My understanding before arrival was the nightlife in Cartagena revolved around prostitutes, and given my distaste for such environments at the bars and clubs in Thailand, I wasn´t expecting much.  Our timing was off too, as we were all at Carnaval for the weekend, leaving us in Cartagena on typically quiet Monday and Tuesday nights.

We began with a short walk from the hostel to a local bar which was playing vallanato music.  After we got the first round of beers, I commented that sitting in the bar felt exactly like I imagined it would.  I also imagine sitting in a Cuban bar would feel the same.  Fans spinning on the ceiling, Caribbean breeze blowing through the open doors, Spanish music playing from the (digital) jukebox. 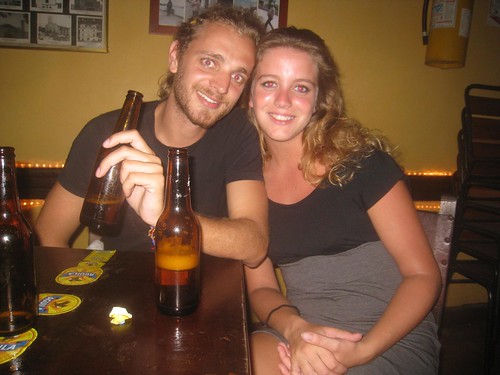 After a few drinks, we made our way to the old, walled section of the city.  We never managed to make it to the places listed in the 2006 Lonely Planet.  Instead, we walked into the first club we came across.  The music was far too loud, and it was practically empty.  We walked up a few flights of stairs to the rooftop bar which had a beautiful view toward the sea, however the bar wasn´t open up there (though they would´ve done it for us) and there was no music.  Since people wanted to dance, we returned to the main floor. 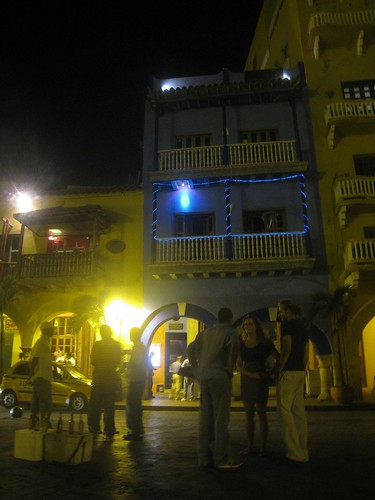 I wish I could say I had a good time, but I didn't.  Instead, I left ahead of everyone else, at about 2am.  Along the way, I bought a tinto (small black coffee) from a vendor walking around.  There are always guys on the streets selling coffee from big thermuses, regardless of the hour.

Back at the hostel, I didn´t get much sleep.  My intention was to wake up at 6am to catch an early bus back to Barranquilla so I could still make my flight back to Medellin.

When it's time to buy a new ceiling fan, you'll undoubtedly want to look for one that is both high-quality and low in price. A Harbor Breeze fan from Lowe's can be the perfect solution.