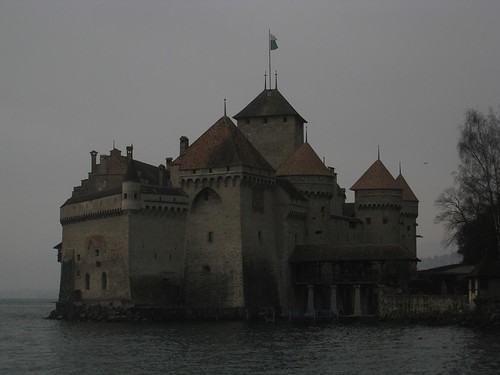 To break up the train rides, I made a pitstop in Montreux, a town on Lake Geneva in the region dubbed the Swiss Riviera.

Vineyards are tucked into the hillsides, and in clear weather, the lower Alps are visible over the far side of the lake, which also makes for a fantastic backdrop to Chillon Castle. 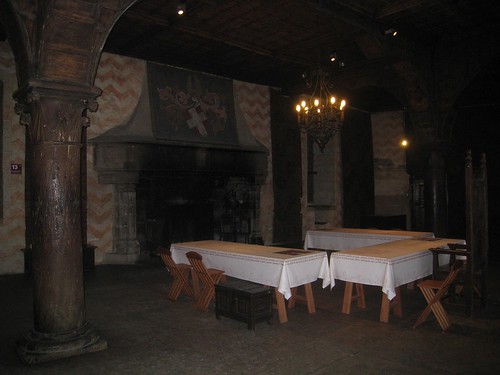 The castle was started as early as 1150, and used for a fortress, arsenal, and prison for at least 260 years.

It was fun to explore, and bigger than it looked from the outside.

There were about 40 different rooms, and 3 courtyards.

In the lowest levels, where prisoners were kept, you could hear the water lapping up against the stone walls. 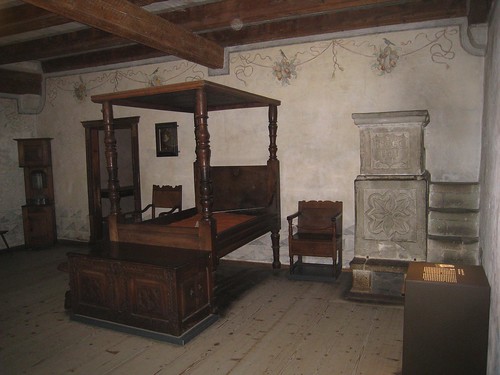 Once I had my fill of the castle, I retrieved my bag from the handy storage lockers at the train station, and continued on to Geneva.

It was a 15 minute walk from the station to Calen's apartment, though I made it longer by starting to try and get help a block before his directions would've lead me to his building.

I was cold, tired, and getting frustrated when someone was finally able to point me in the right direction. 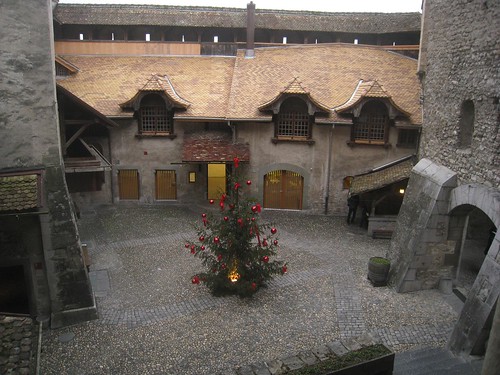 Calen, and his girlfriend Nicole, welcomed me. They are both Canadian, living and working in Geneva on one year internships.

I hit the air mattress early, and managed to sleep for almost 12 hours.

Is the roof in that picture thatched or shingled? I can't tell from here.

Thanks for the link-- the castle is so cool to me. Your pics turned out really good.

That looks like a very nice trip. Does the castle have much history re: the Reformation?

I'm not sure. My eyes glazed over all the info in the pamphlet. Here's the link to the castle's history on their website: https://www.chillon.ch/en/

What a cool looking place! I saw these when you posted them on flickr and was dying to know where it was.

I'll have to add lake geneva on my to do list.