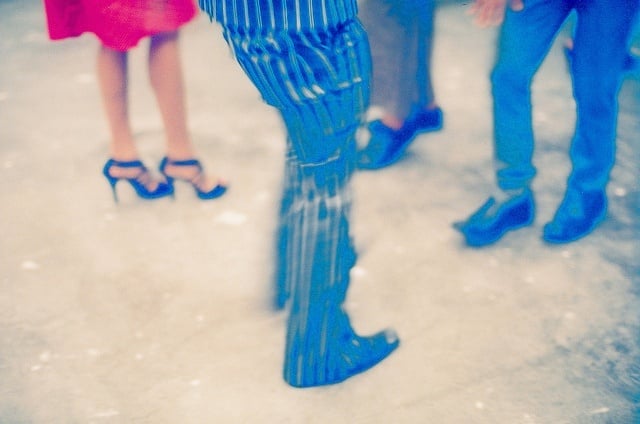 [C]ambodia is famous for its shrines, temples, the magnificent Angkor Wat and of course the tragic rule of the Khmer Rouge that decimated the country’s population.

Travel to Phnom Penh, the capital, today and you’ll find a city that is in a state of transition and making its own mark on 21st century culture.

Phnom Penh is undergoing something of a transformation with the opening of new art galleries, nightclubs and a resurging interest in film, and anyone looking for a more authentic escape in Cambodia should head for this city.

Before the war the capital always did have a reputation, as a ‘happening’ place and it’s good to see that this tradition has reasserted itself.

An Australian musician is currently advertising on the net of his proposal to move to the city and set up a new music venue with the possible collaboration of ‘Tiny Toones’ – the Cambodian NGO that uses ‘break dancing and hip hop to engage and inspire’ the youth of Cambodia’.

Look out for the September opening of the organisation’s ‘Dance School Challenge.’

Another example of the growth of contemporary culture is the newly opened ‘La Galleria’ that displays the work of emerging Cambodian artists. The gallery is run by 34 year old internationally shown Cambodian artist Em Riem.

The current emphasis among Cambodian artists is of the future and melding the history of the country to create a more optimistic present.

Previously and understandably Cambodian artists tended to dwell on the legacy and the horrors of the Pol Pot regime.

In the centre of Phnom Penh, on Boulevard Sothearos, is an intriguing development between the Berlin’s Free University and a Cambodian team.

The ‘Meta House’ is a cultural centre featuring a cinema, art gallery and a restaurant.

The primary aim of this centre is to promote Cambodia’s cultural activities under one roof and this September it will host a short season of films, entitled, ‘Freedom to Express Yourself.’

Many of those who visit Cambodia on a backpacking trip often tend to stay and put down roots in the capital.

The collaboration between Western and Eastern music was made popular in the film ‘City of Ghosts’ where the music was provided by Khmer musicians of the 1960s who were killed during the war.

The new generation of musicians in Phnom Penh are finding their feet and one of the most exciting places to hang out and hear Cambodian contemporary music is at ‘Equinox’ or you could head down to the Waterfront and spend some time at the amusingly entitled ‘Mao’s Pub, ‘ a rapidly growing Mecca for cool sounds.

This developing scene in Cambodia is constantly evolving, every month yet another art gallery or club is opening in downtown Phnom Penh, if all this activity proves rather hectic, just pop into ‘Chinese House’ on Sisowath Quay and enjoy a relaxing Mojito.

About the Author: Kian is part of the team at Travel Indochina and has travelled extensively throughout Asia. Next on this list is India and he recently returned from Vietnam. Top Asia travel tip: find one of those plastic street-side chairs; order a beer then, sit, watch and listen! Check out Kian's Google+ profile