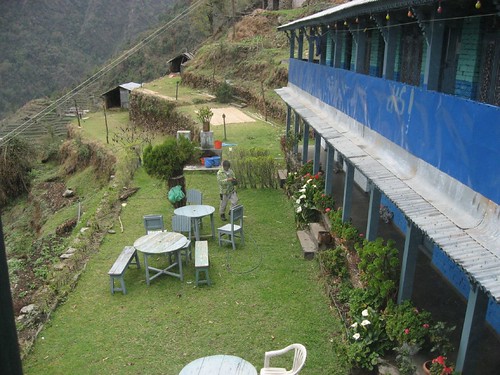 The more I see the less I know…The more I like to let it go…hey oh…whoaaa. Deep beneath the cover of another perfect wonder…Where it's so white as snow. Privately divided by a world so undecided…And there's nowhere to go. — Red Hot Chili Peppers 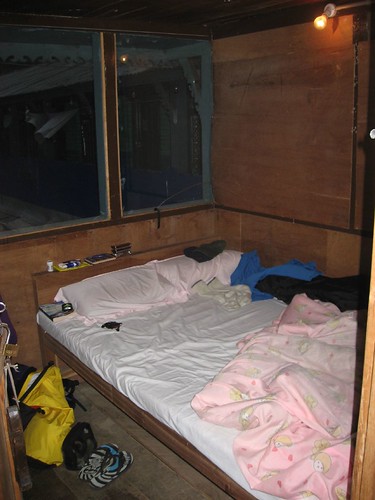 Gela and Mohan had told me out in the sun that worrying in my mind can translate into trouble with my body. I knew they were right but it would've been hard to explain how much I felt I had already overcome in just making it to Sinuwa. I tried anyways and I think they understood. As 1:30 pm rolled around, Mohan came to my room.

I was very direct in how I felt. Revitalized…though no longer concerned with reaching Annapurna Base Camp (ABC, Elev. 4,000 meters). I would require more time than Gela could afford. As it turns out, 10 days is too quick for me. Later, Nima said I could make it in 12-13 days and I felt reassured by his confidence in me. And the same can be said for Gela who said I was no less athletic than any of the other trekkers around me (young and old). I took her words to heart yet as I lay in bed talking to Mohan, knew my mind was made up. If I continued, I'd risk further slowdowns in more remote elevations, and likely keep Gela from a chance to reach ABC. And for me and her, I made the right decision to stay put. I wanted to have fun on the trek, and instead I felt as though I kept learning hard lessons. And the Himalaya – highest mountain range in the world – is not the place to learn these lessons.

Practically speaking, I would've been better off with a shorter trek (as my first). Still, I was reminded of a saying I once read:

Aim for the stars because if you fall…You still land in the clouds.

So an alternative plan was established. Mohan and Gela would head further ahead to Doban for the night as planned – or stop early if caught in the rain, while continuing on to Annapurna Base Camp Saturday. They'd meet up with Nima and I in Chomrong on Monday afternoon. Once reunited, we'd head west to Ghorepani (Elev. 2,874 meters) – a village Mohan confidently said I could reach. Then, we would take in a sunrise from Poon Hill amidst some of the highest mountains in the world, before heading back to Pokhara over another few days. 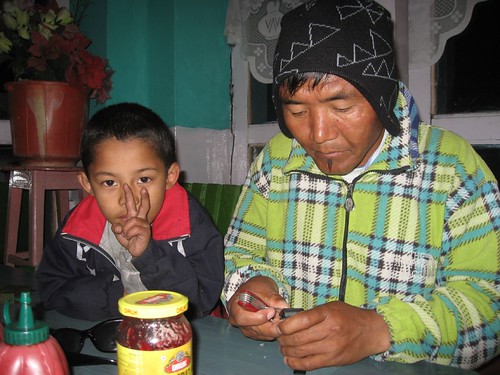 I spent the rest of the day taking it easy. Nima Sherapa (our porter) kept a watchful eye on me and I soon found he spoke quite good English so we had no difficulty communicating. I introduced myself to 5 young English guys in the room next door as they were playing some fun music. They also had a small wooden chess board from India and cards. They were quite funny – Dan (got drunk), Jake, Mark, and two others. They were heading to ABC but on their own schedule, taking care to avoid the afternoon rain/hail (as none of them had waterproof shoes). In fact, they were mostly accumulating souvenirs and warm wool clothes as they went. They made me laugh and feel comfortable so I spent most of my time with them. I found it hard to take the trek, or myself, too seriously thereafter. 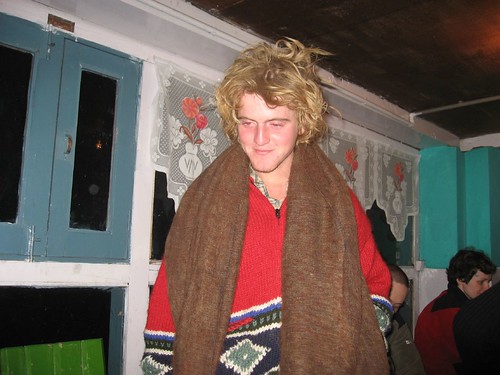 For dinner, I ate garlic soup again (it's suppose to help with the altitude) and some spaghetti, though I should've forced myself to eat more of it. In bed later, my stomach gurgling for sustenance, I ate most of a rock-hard granola bar and Snickers. I only got about three hours of sleep – from about 2-5 am'ish. During what felt like a long night, I used the toilet twice, refilled my water bottle, listened to some music, listened to the English guy in the room next to me rustle about and fart (he couldn't sleep either). I was warm though – too warm – so I took off the long johns which were too tight around the waist anyways, and my heavy fleece. I tried my best to keep the thinking to a minimum – it was hard.

This type of snow removal equipment will touch the Best snow blower ground, in order to be aware of the area you are cleaning.