I have a secret I've been keeping for close to 8 months now.  And no, I'm not about to become a father!

This past February, I attended the New York Times Travel Show and won a drawing for a free trip to Tokyo, Japan. 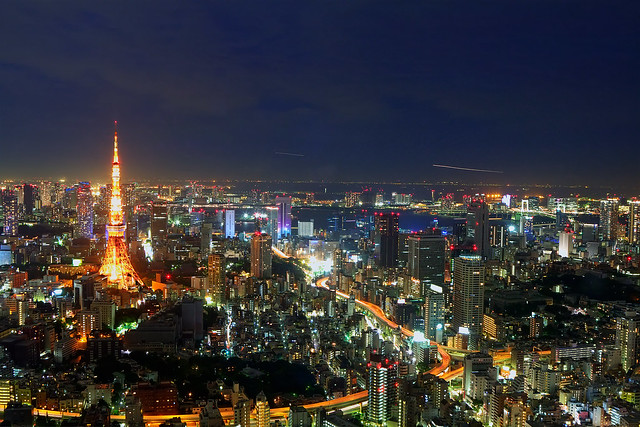 The prize, courtesy of Japan's tourism office, included round trip airfare on Continental Airlines, two nights hotel stay, a $150 train voucher, and oddly, a small (cheap) sculpture of a “lucky cat” which was mailed to my home.

I gave little consideration to visiting Japan on my trip around the world, writing it off as too expensive.  And while I enjoyed sushi and learning about Buddhism at the time, I have a deeper appreciation for both as a result of the last few years.

Also, in talking to other travelers who have either been to Japan, or speak of it as a dream destination with a sparkle in their eye, I've become a little more curious about what the country and culture has to offer.

Mt. Fuji is a short train ride from Tokyo, however I won't have the opportunity to climb as I will be visiting in Winter. (Photo: Emram Kassim)

Earlier this year, I considered taking the trip in late August or early September so I would be in a position (weather-wise) to climb Mt. Fuji, the highest peak in the country.  When my parent's sold their house, my priority was a return to Colombia.

The hotel stay, which was only two nights, expired after 6 months, as did the train voucher.  The real prize, in the form of the round trip airfare, is valid for 12 months.  As my second stint in Colombia draws to a close in mid-December, I'm preparing to book my flights.

After celebrating New Year's Eve in various foreign cities, such as Christchurch and Paris, I can't resist the idea of celebrating in Tokyo.

Once the NYE partying dies down, I'd look forward to:

Have you been to Tokyo, or that region of Japan?

If yes, please share a few suggestions on what I should do there.  I'm giving myself about two weeks, excluding the transit days to/from Washington, DC.

This is by far the biggest prize I've ever won, so the next time you're at a travel show, be sure to enter those drawings because people really do win them!

This is a great start. I've got a trip booked for May and this gives me a great place to start planning!

I recommend the hot springs theme park in Odaiba, it was one of the best things i did there, it's like a trip back in time and its really soothing in the hot springs (good for ache's and pains). Plus for all your gadgets Akiba aka akihabara because its motto if its electrical and you can't find it you are just not looking hard enough (other word anything and everything electrical is there) Plus alot of its duty free in winter

Cool Mitchell, thanks for the Japan tips! I missed the chance to visit for New Year's, but I've locked in February 1-12, 2011

Tokyo for New Year's sounds amazing! I've written it off for the moment due to hearing how expensive but hope to make it one day. And like Rebecca says, I've heard Kyoto is amazing as well.

Who wants to go on a intensive diet ,haha?. Eat however much you wnna, just don't forget to keep working out!

Since corresponding for some time for just a proper read in regards to this kinda ecological niche. Assaying in Bing I now spotted this web site . Looking this information So i am pleased to convey that I have a very good depression I bumbled onto whatever I was ready for. I'll make sure to don't forget this website and commit it a look consistently .