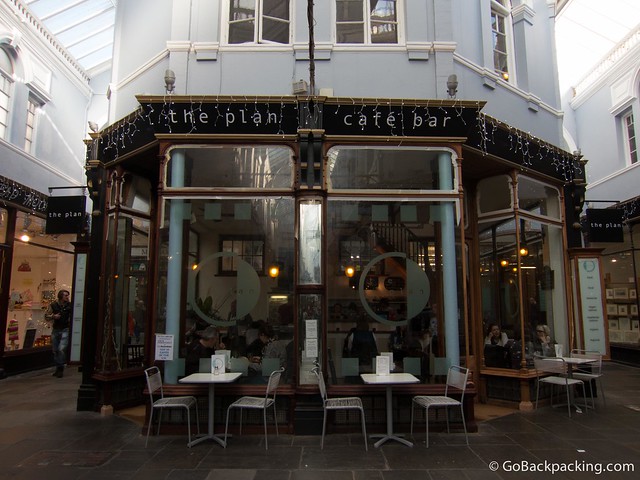 The Plan Cafe in the Morgan Arcade

During my third trip to the UK, I made it a point to head west from London to discover Cardiff, the capital of Wales.

To my surprise, the trip was as easy (and inexpensive) as hopping on a Megabus at the Victoria Coach Station.

The experience reminded me of the weekend trips I use to make between Washington, DC, and New York City, only this was a shorter journey, just three hours.

With a population of 325,000, Cardiff felt like a quaint village compared to London, yet the smaller size was precisely what appealed to me. 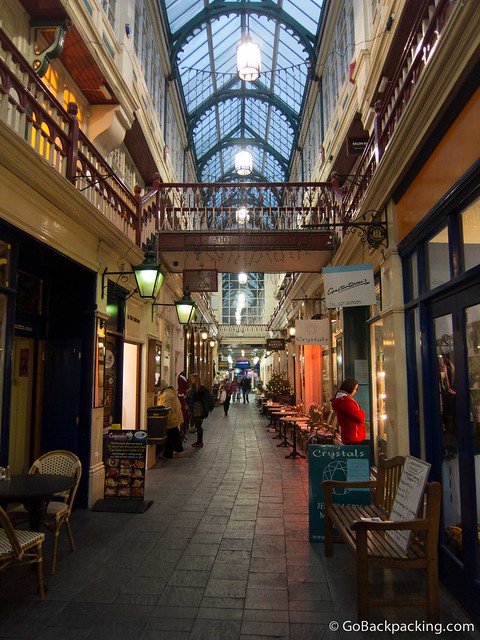 Getting Lost in the Covered Arcades

One of the first things I noticed, walking around Cardiff, was the covered arcades, six of which are deemed historic.

Castle Arcade was the first one I wandered into, and I had no idea where I was going, but it didn't matter.

I followed it from one end to the other, soaking up the ambiance.

Cafes, restaurants, and small shops lined each side of the pathway.

The High Street Arcade and Duke Street Arcade can also be found around the Castle Quarter, each with its unique vibe and collection of small businesses.

I imagine the arcades are a popular shopping and dining destination year-round, but especially in the Winter, when the warmth of the shops makes walking through them more appealing than the streets outside. 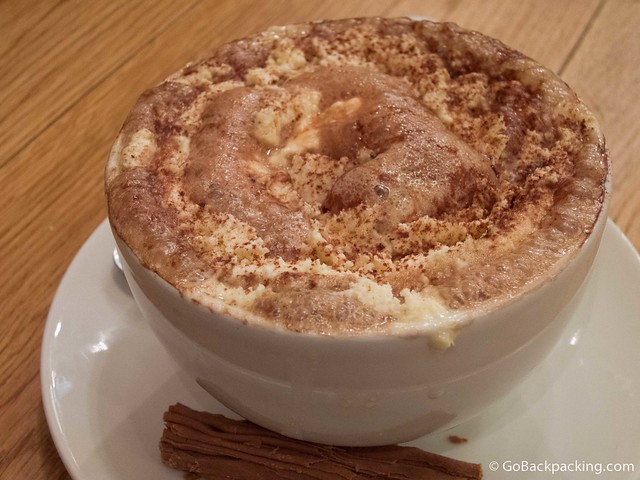 Cafe Culture at Coffee Barker and The Plan Cafe

It was in Castle Arcade that I stumbled across the delicious Coffee Barker.

The epitome of a shabby chic cafe, it offers customers the chance to sink into leather chairs and chat amongst friends over warm drinks and hand-made cakes.

I had both, which promptly resulted in sugar overload.

I had to sacrifice a bit of the cake to finish my decadent mint hot chocolate.

Thinking back to both still makes my mouth water.

Of course, Wi-Fi is available, so if you're traveling solo, you can always entertain yourself via the internet.

If I lived in Cardiff, Coffee Barker is the kind of place I'd take my laptop to write, and people watch regularly. 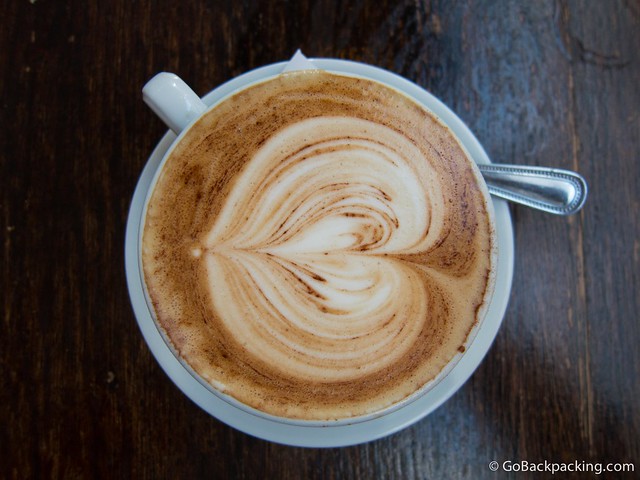 Cappuccino at The Plan Cafe

Later in the weekend, I wandered into the Morgan Arcade and came head to head with The Plan Cafe, which was previously featured in The Independent's “50 Best Coffee Shops in the UK” (2010).

I lucked out and managed to get a table by one of the windows inside, as the place was packed.

For lunch, I chose a cappuccino, which was beautifully presented, and the vegetarian chili and rice. 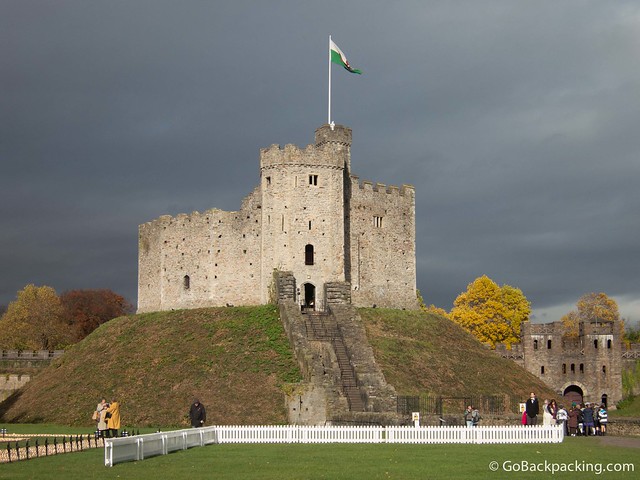 The Keep at Cardiff Castle

I love medieval castles, and the Cardiff Castle in the city center could not be more easily accessible.

My visit was on a blustery and overcast day, yet a brief spot of sunshine managed to illuminate the castle's Keep, which is proudly situated in the central courtyard.

From atop the Keep, one has 360-degree views of the city, including the nearby, and immense Millenium Stadium.

An Essential ticket ($15) buys you access to the most of the castle, including some of the lavishly decorated apartments.

For a few dollars more, the Premium ticket also includes a 45-minute guided tour of additional Castle apartments (I found to be a worthwhile experience). 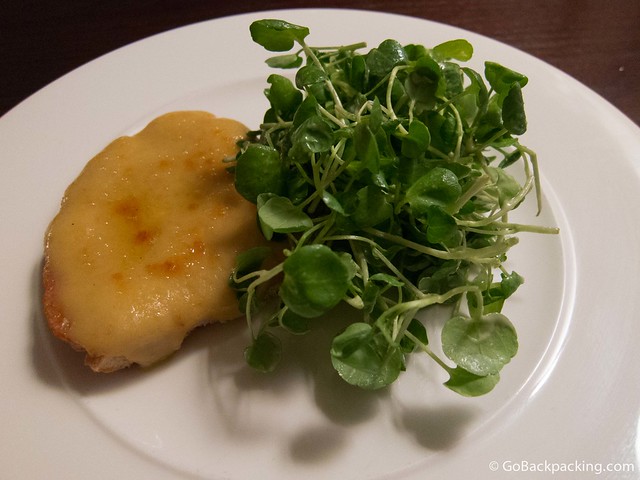 Truffled Welsh rarebit, consisting of cheese-covered toast, was a childhood favorite of mine

Aside from Welsh rarebit, I can't say I knew anything about the local cuisine when I arrived in Wales.

All that changed when I descended the stairs of The Potted Pig, a restaurant that opened in 2011 and is housed underground in a former bank vault.

I opted for the two-course lunch menu ($16), with Truffled Welsh rarebit to start, and the Potted Pig ploughman with hand raised pork pie as a main course.

The rarebit was rich with flavor, and I liked the dressed-up presentation by way of a microgreen salad. 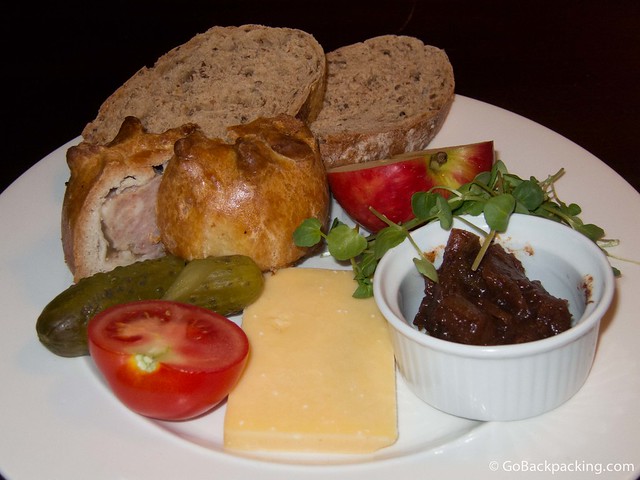 The ploughman is a very typical Welsh dish as well, although it's actually an assortment of foods, including bread, cheese, apple, tomato, a pickle, chutney, and in this case, the pork pie.

I can't say I'd order it again, as it didn't feel like lunch to me, but I'm glad I gave it a try. 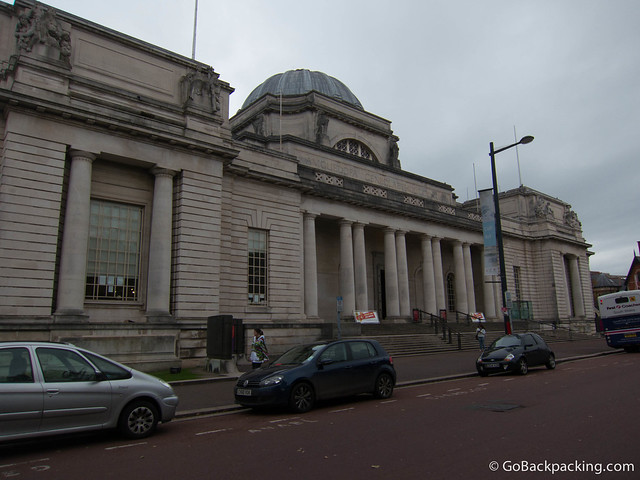 My belly full of fine Welsh food, I walked over to the National Museum, with a specific interest in viewing the Impressionist and Post-Impressionist collection.

Entrance is free, but non-flash photography is limited to personal use or study and requires filling out a form. 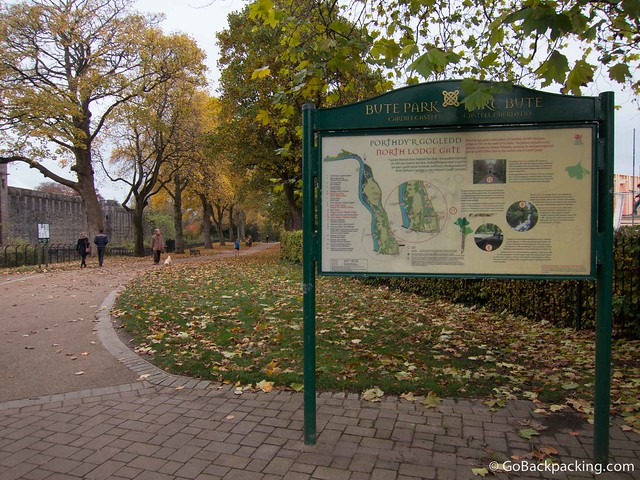 From the Museum, I headed back toward the center of town, walking through Bute Park to reach the Taff River.

Running behind the Castle walls, the park was awash in Fall colors and offered a pleasant break from the city noise. 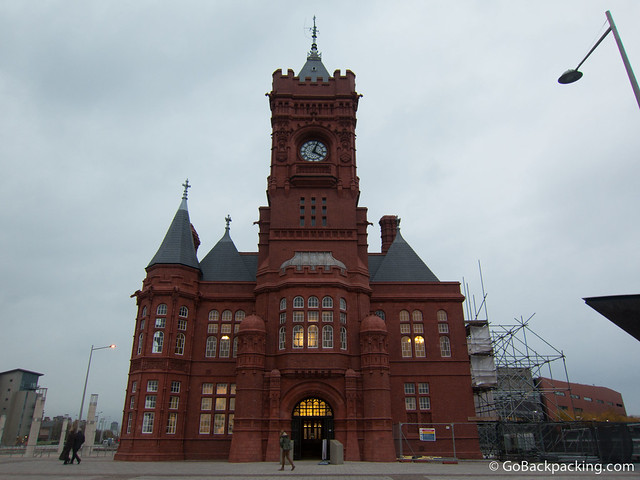 The Welsh Big Ben at the Cardiff Bay Waterfront

A Boat Ride to the Cardiff Bay Waterfront

From Bute Park, it's a short boat ride along the river to the Cardiff Bay Waterfront.

The waterfront area has been the benefactor of recent development projects, and arriving there at dusk made me wish it was Spring, not Fall.

One can get a feel for the area any time of year, but the cool weather was keeping people away. I felt as if I had the whole waterfront to myself.

I wandered around, looking at the various points of interest, including the Pierhead (pictured above), Norwegian Church, and building housing the Doctor Who Experience (for fans of the old TV show).

Passing by lots of inviting restaurants, I settled on a Greek lamb burger at The Gourmet Burger Kitchen.

The fresh ingredients, including cucumber raita, chili salsa, hummus, lettuce, and tomato, ensured the burger lived up to the restaurant's “gourmet” name.

Afterward, I caught a local bus back to downtown Cardiff for no more than a few bucks. 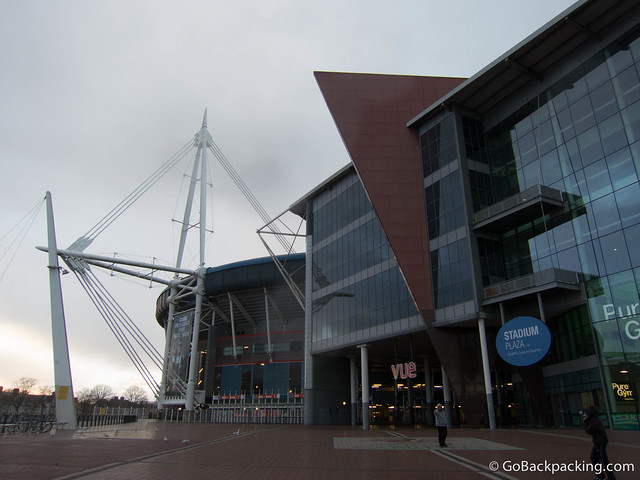 Millennium Stadium and the Culture of Rugby

Saturday afternoon, Cardiff hosted an international rugby match at the modern Millenium Stadium, which was somehow squeezed into the historic city center.

Stretching over the banks of the river, the stadium is ground zero for a sport I know nothing about!

But I do know the Welsh people love rugby, as evidenced by the party atmosphere that swept through the streets after the match.

I'd sought refuge in the nearby cinema, watching the new James Bond movie, Skyfall.

I found Cardiff to be the perfect size for a weekend escape from London.

Not only can you cover a lot of sightseeing in a short amount of time, but you can also do so in a much more laid back environment.

My trip was made in partnership with Visit Wales and included a complimentary stay at The Parc Hotel by Thistle.

I haven't tried any Welsh dishes yet, however the pork pie sounds quite interesting.

We spent a wonderful day in Cardiff in June (to avoid the Jubilee madness in London) with a private guide. We saw many of the same things (though didn't eat as widely) and also particularly liked the Cathedral. Wonderful place and hope to go back some time.