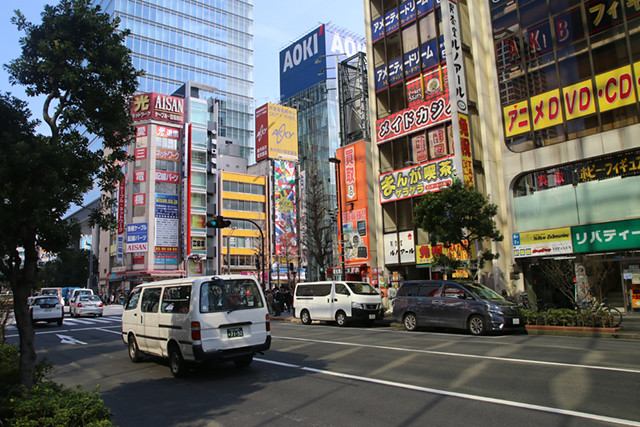 [J]apan has rightfully earned itself a reputation as one of the most expensive countries to visit in the world.

But even though you will need some money, there are ways that you can save, and experience Japan for less.

I recently spent two weeks in Tokyo with my wife, and Dave spent some time traveling in Japan a few years back. Here are a few of our savings tips. 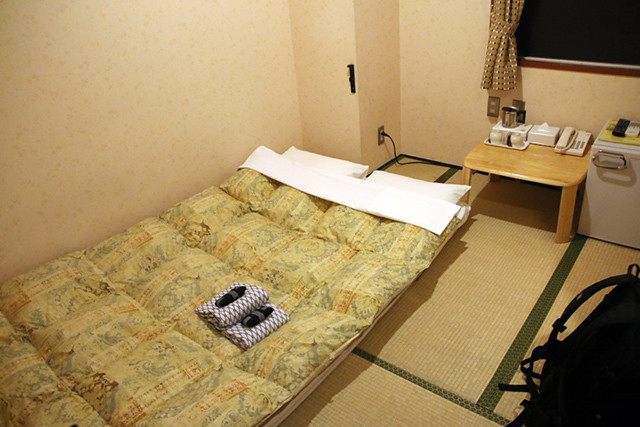 Paying for a place to stay is without doubt one of the biggest expenses when it comes to traveling in Japan.

Since I traveled to Japan with my wife, we stayed in a budget double room in Tokyo for most of our trip, which cost $70 per night.

If you want to really save money, you can always search for a host on couchsurfing. Dave was able to save at least $80 by couchsurfing in Tokyo for his first four nights.

Another option is to visit during the offseason. Sure, it's a bit colder in Winter, but great deals can be found at hostels and hotels. Dave's hostel dorm room in Kyoto was 50% off, so he ended up paying $12 per night instead of $25. 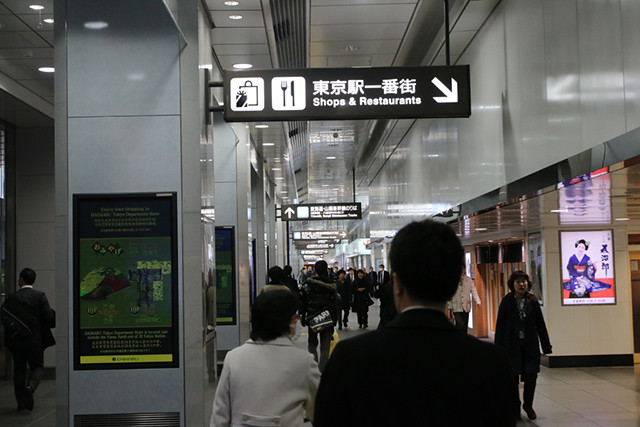 In Tokyo there are a number of different train lines run by different companies.

Transfer from one line to another line and you'll pay two fees. But the thing is, depending on where you're going, you can often walk the distance instead of paying another train line (keep your map handy).

For instance, going to Tsukiji fish market, I took the Ginza line to Ginza station, and while I could have paid more and transferred right to Tsukiji station, I walked from Ginza, which only took about 15 minutes and saved about 160 JPY ($1.57).

As for traveling around Japan and seeing other parts of the country, a Japan Rail Pass is one of the great ways to spend less.

When you purchase a JR Pass, it basically allows you to take any JP train, wherever you want to go in the country, and as many rides as you want in the time that your ticket is valid.

So if you plan to travel a route from Tokyo, Nagoya, Osaka, Kyoto, Hiroshima, or other cities in Japan, definitely do some research about how long you wish to travel and how many places you want to go.

A seven-day ordinary pass runs about $272. I personally stayed in Tokyo the entire time I had in Japan, but Dave was able to save hundreds of dollars by using a JR Pass instead of purchasing all of his tickets individually.

He even used it to do some long day trips, like visiting Nagano from Tokyo and Hiroshima from Kyoto. 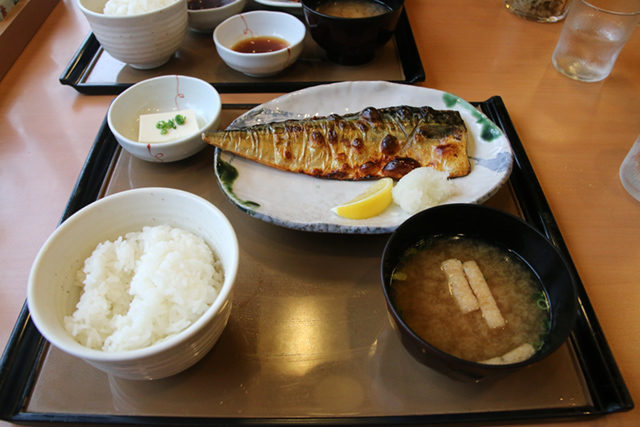 Despite everyone telling you the food in Japan is going to be outrageously expensive, and expecting that all meals will cost a fortune, you can actually get some great deals on food.

Budget meals, like bowls of delicious ramen or rice topped with pork and a soft-boiled egg, are pretty tasty and you can find them at restaurants for around $5 a meal – not bad.

I frequently went to a restaurant in Tokyo that served a big piece of grilled saba fish, rice, and a side of miso soup and tofu, all for 590 JPY ($5.80).

When it comes to nicer sit down restaurants in Japan, making lunch your main meal is also a way to spend less.

During lunch in Japan, you'll find menu specials which are often two to three times cheaper than dinner prices. A nice plate of sushi might cost $15 at lunch, but at dinner you'd pay $40 for the same thing.

Hotels in Japan normally come furnished with a hot water boiler. I normally travel with a bag of oatmeal, and was able to make myself some oatmeal for breakfast most days. This saved a lot. 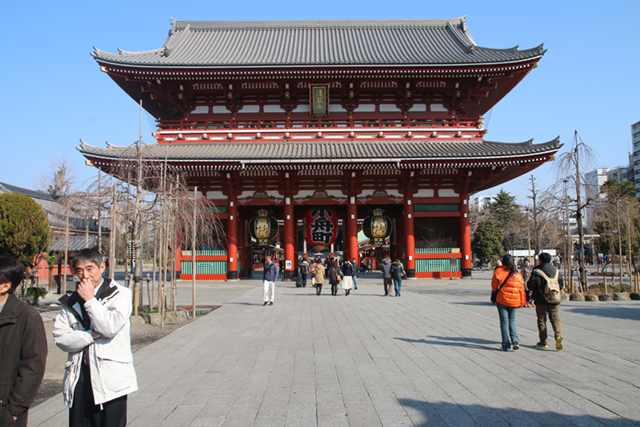 Public sites and attractions are reasonably priced in Japan. Many temples are free to enter, and there are many parks to explore for free as well. If you're in Tokyo, you can go to Mt. Takao to climb the main mountain in the city, which has no entrance fee either.

I found that Japan is also one of the best places in the world for walking. Sidewalks are spacious, and you can see so much by walking around on foot.

If you happen to be a student, you can often get discounts on admission fees using your student ID.

Also, for Tokyo specifically, if you pick up a free tourist guide pamphlet, there are some deal coupons in the back of the guide.

You can pick up the free Tokyo tourist guide at any official Japan Tourism Office.

My last word of advice for saving money on attractions in Japan, and this goes for anywhere you travel, is to only do the things you're most interested in, and also do only the things you have enough budget for – if you don't have enough money to go to the top of the Tokyo Skytree look for something else to do.

Use self-control to decide what you really want to do and see. You're in Japan after all, walking around and enjoying the place itself is one of the best attractions anywhere you go.

It wouldn't be the smartest travel plan to show up in Japan with an empty bank account, but there are some ways to spend less and still have an amazing time.

Yes, you're going to need a little savings, but if you can make the trip, Japan is an amazing country with so much to offer.

Been to Japan? Share your money-saving tips in the Comments below.

looking to get myself to Japan soon so these are some great tips!

Mark, I agree with everything you said. After living in Japan for three years, deals are there to be found, but it will take some work.

Great tips Mark! I have been to Japan recently and feel head over heals in love with it. Defintely getting a rail pass in the way to go and eating from the little diners with the ticket machines at the front that have pictures on them. We ate there probably half of our time and don;t think we paid more than 600Yen for a meal and always left full.

We've been to Japan too and the Japan Rail Pass was a good way to save money for us considering we moved a lot in a very short period of time so it worked well for us. We also couchsurfed a lot too which we thought it was going to be difficult, but it's amazing the experiences we got and the people we met :)

Great to hear that Franca, glad you also had such a wonderful experience traveling in Japan!

Mark wrote this? Cool. Hey Mark, great article. I'll be going to Osaka or Tokyo soon and this was great information because traveling cheaply in Japan is an art form. When I went to Tokyo, I stayed at the Kodokan Judo Institute which runs about $35/night for a private single room in the athlete hostel there. But you need to be a member of the Kodokan.

I wondered about transportation and the JR pass is the way to go if traveling and sightseeing. Get busy and do as much as you can in that time frame and you're good.

Before I visited Japan for 10 days in 2011, I asked for advice on Twitter and Facebook, and one of the best recommendations I received was to buy a Japan Rail Pass.

Even though I paid a little over $300, which seemed like a lot for 5 days, it saved me hundreds of dollars once I began taking roundtrip bullet trains to do some day trips to cities like Nagano, Hiroshima and Nara.

But like Eurail passes for Americans, you have to buy it *before* you get to Japan!