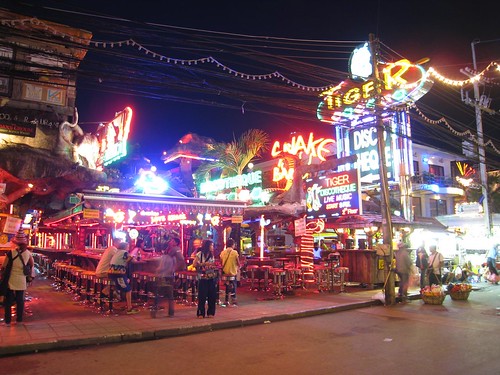 I decided to go out for a beer or two on my second night in Patong.

Banana's Tacos was situated on a street right across from Bangla Road, giving me instant access to the epicenter of nightlife on the island.

I walked up the road and along the strip across from the beach, eventually returning to an Irish pub on Bangla Road for a proper pint of Guinness on tap.

I was enticed by the live band playing an Irish tune, but after I got my drink, they went straight to cover songs like “Hotel California” and sadly, I felt the need to finish my precious draft beer quickly and get out of there. 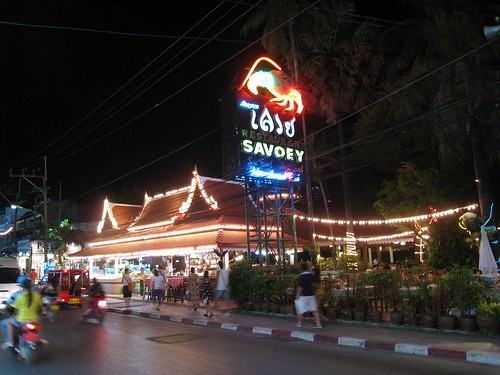 I bought a Singha at a bar across the street from one of the many sections of go-go bars which were starting to attract crowds as midnight approached. It was a great spot from which to people watch. 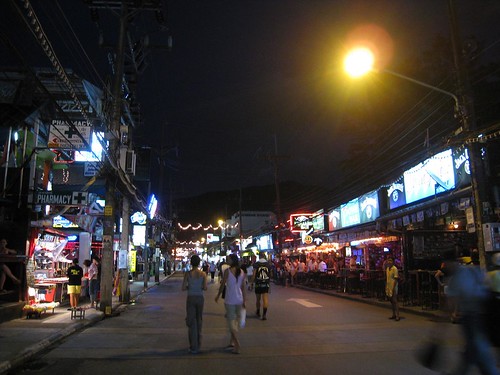 Bangla Road is closed to traffic after 6 pm, and like everywhere else in Thailand, you can walk around with a beer in public (a nice freedom that is fun to appreciate from time to time).

After taking in the scene for a few songs on the bar stereo, I ordered another beer and started to walk again.

I felt unwell all of a sudden, so I chucked the half-empty beer at a 7-11, bought some water, and went back to my room.

I managed to develop a mild fever and a moderate headache that night.

Knowing a fever is a potential indicator of malaria, I sought some help the next morning by talking to the hotel staff.

One woman, in particular, suggested I start with a specific pharmacy. I went there and was given antibiotics for a suspected infection.