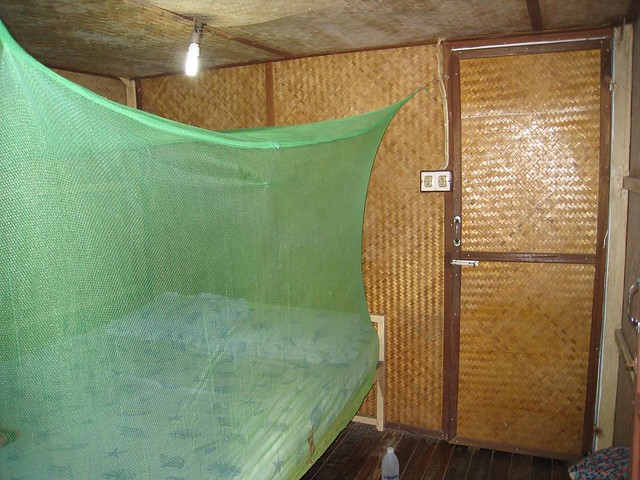 Contracting malaria remains one of the biggest travel fears of globetrotting backpackers.

A little over four years ago, before leaving on my trip around the world, I researched malaria prevention tips to educate myself further.

I'd taken a few different anti malaria tablets on short, two-week vacations to Costa Rica and Belize/Guatemala, however, I was preparing to embark on a 12+ month journey across multiple continents, including Africa.

Malaria prevention is a multi-step process.

Before visiting any new country, do some quick online queries to determine the risk for malaria.

The United States' Center for Disease Control (CDC) website is an excellent resource and offers detailed information for every country, organized nicely in the form of charts and maps.

Additionally, as I did, you can make an appointment with your local travel clinic (or family doctor).

Remember, just because a country is known to have malaria doesn't mean every region of that country has it too.

Often, malaria doesn't exist in large urban areas, such as capital cities, or at higher altitudes.

The degree of risk can also vary significantly by season. Mosquitoes are more prevalent in the wet seasons; thus, your risk of getting bitten will be higher at those times.

Once you've arrived in an area known to have malaria, these are the basic steps you can take to minimize your risk of being bitten:

Anecdotally, it always seems as though one person amongst a group will get bitten more than the rest.

If you're known to attract mosquitoes more than your friends, it's even more vital that you take protective measures seriously.

[Disclaimer: I'm a backpacker, not a pharmacist. Consult a medical professional for assistance in deciding which medicine is right for you.]

The third and final step to preventing malaria is to take prophylaxis.

While there's still no vaccine for malaria, there are several preventive options available that can reduce your risk of contracting the disease.

The medication you choose will depend on a variety of factors, including the region you're visiting, pre-existing conditions and other medications being taken, potential side effects, cost, and likelihood that you'll comply with instructions for taking the drug.

Some medications need to be taken daily, while others are weekly.

Once I hit the road, I found that many of my fears about malaria fell by the wayside.

There's a worldwide effort to eradicate malaria, and large swaths of many countries have freed themselves of the disease.

Even traveling within those countries still at risk, many of the most popular tourist areas are now safe.

As long as you educate yourself, and take the necessary steps to protect yourself, fear of malaria should not be a reason in and of itself to keep you from exploring new destinations.

I wrote this story in partnership with Lloyds Pharmacy.

Adventures with Ben- the cost may have been expensive but I bet it was cheaper than malaria.

The first time I bought Malarone for a 6-week business trip to Africa, I paid $350. Fortunately, it was paid for on the corporate card.

By comparison, I think Doxycycline is around a $1 per pill/day, so the equivalent would've been $180 for the trip + $30 for the month afterwards ($210) total. It might actually be cheaper. Been awhile since I bought it in the US.